81 views
TV, Movies and Games > The novel that "Die Hard" was based on.

Since we were reading a novel about terrorists (Reamde), I had been thinking about other similar stories I enjoyed more. This got me thinking about Die Hard and I had remembered hearing it was based on a book. In fairness to Reamde I haven't finished the last 20% yet. Regardless I found the trivia about the adaptation interesting and thought I'd share it.

Quoting from the area about the film adaptation:
Nothing Lasts Forever was originally adapted as a sequel to the Arnold Schwarzenegger film Commando, but when Schwarzenegger turned down the role, the script was retooled in 1988 for the film Die Hard.

The film follows its source material closely. Some of its memorable scenes, characters, and dialogue are taken directly from the novel. The story was altered to be a stand-alone film with no connections to Thorp's novel The Detective. Other changes included the older hero of the novel becoming younger, his name changed from Joe Leland to John McClane, his daughter becoming his wife (maiden name "Gennero," different from the book's spelling of "Gennaro"), and the American Klaxon Oil Corporation becoming the Japanese Nakatomi Corporation.

One of my favorite movies. Too bad it's out of print.

Wikipedia leaves out the most interesting part -- The Detective, the novel Nothing Lasts Forever is a sequel to, was adapted to a film in the 1960s starring Frank Sinatra. Now just try to picture ol' Frankie Blue Eyes saying, "Yippie-kai-ay!" while machine gunning a bunch of Eurotrash terrorists.

Love the movie, can't picture McClane as anyone other than Bruce Willis.

I did not know this. I have the book that Die Hard 2 was based on, 58 Minutes, on my bookshelves; never got around to it, but it looks like the basic story tweaked to fit the characters.

You might also find it under the title 'Die Hard':

I did not know that Die Hard was actually based on a book. 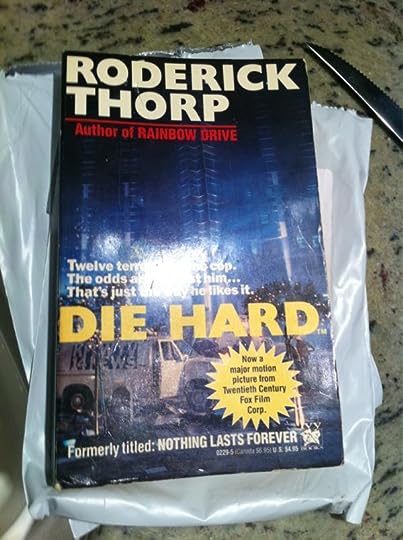 Cool! Let me know if its any good. I think it probably will be. Wikipedia article said the movie plot followed fairly closely to the book plot.

I always find it odd when people mention they didn't know a movie was based on some other work, since contractually every film that was originally a novel, story, play, etc., has to mention that in the credits.

For instance, in Die Hard, right after Argyle says, "This IS Christmas music!" we see this: 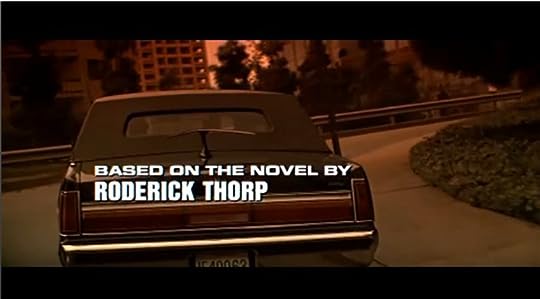 Trike wrote: "I always find it odd when people mention they didn't know a movie was based on some other work, since contractually every film that was originally a novel, story, play, etc., has to mention that in..."

Come on now Trike. You know no one posting in these forums reads (ahem credits that is). :-)

Read this years ago when the film came out. I borrowed it off a mate who'd become a bit obsessed with the film (us both being around 14-15 years old - the age where you tend to get easily obsessed with films, music, books, etc.) He'd managed to sneak into the cinema to see it (no chance of me making it - I never could pass for my own age, let alone older.)

Seem to remember that it was an enjoyable pulp-y read. As the Wikipedia article says the film did follow the book pretty closely, except for one change that is very small in actual change-ness, but massive in change of tone. Once you've read it, you'll know what I mean and you'll probably understand why it was changed for the film.

Nick wrote: "Come on now Trike. You know no one posting in these forums reads (ahem credits that is). :-)"

All joking aside, I did used to get into pointless arguments with an actual got-paid-to-do-the-job film reviewer who seemed to have the memory of a goldfish. I distinctly recall one argument about The Truman Show (I loved it, he hated it) where he ranted about how this was supposed to be the biggest TV show of all time yet they never once mentioned ratings. Yet Christof's line, "This test pattern is getting our biggest ratings ever!" is one of the key moments in the movie.

I kind of think most people simply don't pay that much attention to movies.