Midnight, as her name implys, is an all-black horse with large, caring dark eyes.

Personality: Midnight is a kind, caring horse. She is slightly skittish and doesn't like it when she is touched. Built for speed, she is very, very fast and prefers to flee rather than fight. That being said, she is a very dominant herd member and will not hesitate to put you in your place if you challenge her.

History: Midnight was born to a gentle mare by the name of Star. She had a brother, Liam, but he was killed by wolves when he was a young foal. Her and her mother grieved for him briefly before moving on, and Midnight has never had a hard life since then. She now is the leader of her herd.

Name: Myth
Age: 7
Gender: Stallion
Rank: Lead Stallion
Appearance:
[image error]
Personality:
Myth is a very mysterious horse. You can never tell how he's feeling, except through his eyes. His blazing blue eyes give it all away. He is overconfident in that he never rejects a battle to show to his herd how strong he actually is. He's never afraid to take on what's bigger than him.
History:
Myth was born on a ranch with his mother Good Morning. Morning cared for Myth as if he were her prized posession. At two years old, an old age for removal, he was taken from Morning and sent to be trained for english jumping.
On the drive there, Myth got restless and kicked the door to the trailer open and jumped free of it. He ran for the hills and forest. Making it to a gaint clearing, he joined a Loner herd and soon started his own herd. He works alongside Midnight.
Crush:
Mate:
Kin: Good Morning (mother; whereabouts unknown)
Other: He loves his herd.

Name: Sage
Age: 3 years old
Gender: Mare (Female)
Rank: Mare.
Appearance: She is a light grey horse with light white flecks going along her body. She is kind of small for a horse and a little sickly looking because she gets sick really easily. She was a long grey mane and gentle grey eyes. She is not a strong horse though.
Personality: She is kind of shy around other horses. She is also known to be really skittish around others. But she is nice enough and if her herd is in danger she will spring into action.
History: She was an old horse nobody wanted because she wasn't very good with hardwork and got sick to often and cost to much money. The original owner, who was kind, knew she was originally from the wild and thought she would be happier out here. She still is sad over him. She found this herd and has lived there ever since. She is now happy and knew what the owner did was for the best and feels free in the wild.
Crush: Does not want one.
Mate: Does not want one.
Kin: She doesn't specifically remember them since they were seperated but she remembers her mother's name was Lightning and that her mother said her father's name was Coal.
Other: None.

Name: Justice
Age: One year
Gender: Colt
Rank: Yearling
Appearance:
[image error]
Personality:
Justice is the one horse you can confide in. He will not tell your secrets and he has great advice. Most mares even come to him for advice. He likes being the loyal and trusted horse in the Herd. He loves having some responsibility on his shoulders.
History:
He was born in Russet Herd to Anita, and under the name of Jet. During a wild fire, Anita sacrificed her life for her foal.
Justice remebers none of this. He only knows his life in Midnight Herd. When was on his own, he was taken in by Midnight, who thought he was the foal from her Herd. There had been a similar inncident in Midnight Herd which resulted in the switching of the two colts and their names. Now, Justice has feelings for Benti.
Crush: Benti
Mate:
Kin: Deceased
Other: Both Jet and Justice are black, except Justice has two white socks on his back feet. 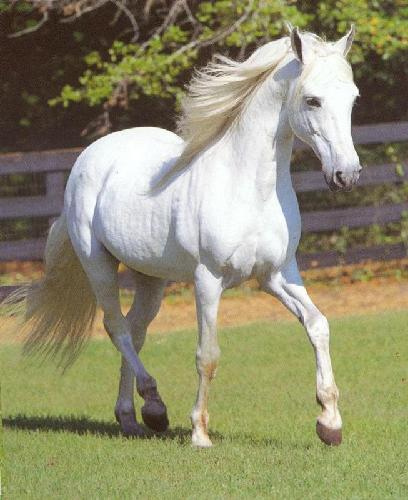 Personlatiy: Jewel is a very confident horse. She gets spooked easily though so be careful around her. If she gets scared, she will high-tail it out of where ever she is. Jewel has had a horrid history so she is sometimes agressive around others. It's a result of her life has a showcase horse.

History: Jewel used to be a showcase horse but ran way after her 2nd show. She ran right into the wild and has been living there ever snice.When she was a showcase horse, her handler would beat and sometimes burn her right before the show. No one found out about this, because he always said he thought it made her do better. That one of the reasons she ran way.
Crush: Myth
Mate: looking
Kin: Killed by a poacher 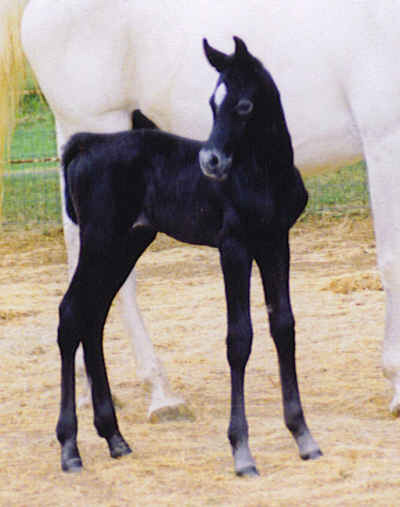 Personality: Heart is fun loving and sweet. She's smart for her age and loves to help others. She gets on well with other foals and is determined and a little stubborn. She's caring and brave, won't let anything stand in her way.
History: Her herd was separated when she was younger from a human attack. She was separated from her mum and sister and her whole herd. Heart was lost for a few months before Midnight Herd found her and took her in.
Crush:
Mate:
Kin: Mother and sister, although she doesn't know where they are.
Other:

Name: River
Age: 5 years old
Gender:Stallion
Rank: Stallion
Appearance: [image error]
Personality: River is a sweet and loveable stallion. he is smart and wise. River is a really brave stallion he will take on almost anything that is threatened by the herd. he loves to run and mess around at times but he is a pretty mellow horse.
Historty: River was born into the herd his mother was taken away by cowboys when he was a yearling. He never knew his father because his mom matted with a lone stallion that was not in the herd. You can say River has a kinda normal.
Kin: Kate (Sister) momther but she is gone.
Crush:
Mate:
Other:

Name: Kate
Age: 5 years old
Gender: Mare
Rank: Mare
Appearance: not the horse in that back. dont mid that one. oh if you cant really see her color its a gold color she is a white snip down her face and her forlock is long aw well as her main.

Personality: Kate is a really smart mare she has been smart ever sence she was 4 months old. Kate is kinda shy to new things she can be really skittish. Other then of her few fears of life she is a really nice mare that will make friends with almost every one. Kate is a really calm horse she dosent like to fool around all that much but sometimes she will.
Historty: Kate was born in this herd. mother gone,father dont know who he is. When Kate was 5 months old she got attacked by a mountain lion she has scars on her back,butt and neck from that attack. that is why she is kinda shy and scared of life. that day will never leave her thought. it haunts her in her dreams someday she hops her bad thought will go away and new good one enter her mind.
Crush:
Mate:
Kin: River (Brother)
Other:

Name: Douglas
Age: 11 months
Gender: Colt
Rank: Foal
Appearance: http://www.dentranch.com/FOAL232.jpg He's taller and older though. Almost full grown.
Personality: He's a worry worm. He's really unusually worried for a colt. He is kind of cowardly and really scared. A worrier. He's nice but is afraid to do anything much.
History: Same as Sage since he ran with her.
Crush: Does not want one.
Mate: Does not want one.
Kin: All died.
Other

Name:Night
Age:5 years
Gender:Stallion
Rank:Stallion
Appearance: [image error]
Personality:He is vary sweet and understading.He will turn your frown upside down.He is kind-hearted and loveable.
History:He was born outside the herd and brought in as a foul.He was trained to be a slave horse but he ran away.Then comeing back to the herd was hard,After he joined he didn't leave,Nor did he want to leave.
Crush:Kate
Mate:
Kin:Mother and father,Never knew what thair names where.They both died befor he was old enugh to speek.
Other: 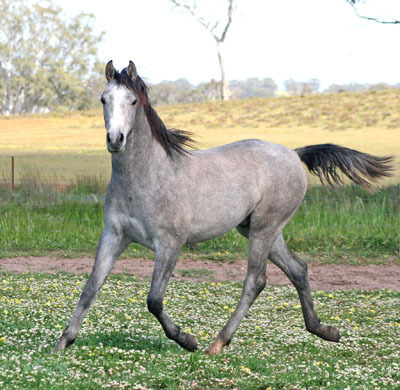 Personality: Hunter is a smart and kind horse he loves to play and have fun. he is brave and tough. for a yearling he isent really scared of much. he is really sweet and gental. he is really funny and he is cool and just a great personality.
History: Hunter was not born in this herd,he was born a loner. his mother died when he was 4 weeks old he was on the edge of death untill River found him and took him in. it was hard for hunter to become part of the herd but he made his way up there. some horses hate him but he doesnt care what they think. Hunter was also really young when his mother died he doesent remember but he thinks that river is his father. And he thinks he was born in this herd.
Crush:
Mate:
Kin: bella (mom) Father,Unknown. his mom is dead,
Other: hunters legs are all black up to his keens.

Name: Ghost
Age: 5 years
Rank: Mare
Gender: Female
Appearance: http://stealersweep.deviantart.com/ar...
Personality: Shy and quiet. She will only open up to those who are willing to open up to her. Those who are her closest friends will see a loyal, loving, nurturing friend. She will protect them to her dying breath if she has to.
Past: When she was just a foal, she was forced from her mother and siblings. She never saw them ever again, and was completely isolated. She was going to be used for breeding since the humans that kept her liked her appearance. The mares around her felt empathetic and wanted her to leave. Eventually she did, but was constantly chased. She was shot in one hind leg and is still lame in that leg. She found a new herd, but when the humans appeared over and over again, they kicked her out. Over time, the humans gave up, but Ghost was paranoid of them. Her paranoia faded, but when she sees humans she bolts away. She decided to join the Midnight Herd, hoping she will be an aid to her new family.
Crush: ..River?
Mate:
Kin: Mother ( whereabouts unknown ) Siblings ( whereabouts unknown )
Other: She's good at keeping an eye on other horses, especially foals.