Name: Duke
Age: 6
Gender: Stallion
Rank: Stallion
Appearance: [image error] He is a grey stallion, with a grayish-black mane. His legs also darken in color.
Personality: Duke is very gentle and kind, but once made scared he will fight as hard as he can. He will let humans get very close to him but will not let them mount him. Duke also will show off at every chance he gets. He cares very much about Wendy.
History: Duke used to be a showhorse, but once when traveling to a competion, his trailer crashed and he broke free. Then he found Grassy Meadows and joined the herd. After a while, he mated with Wendy.
Crush: Open
Mate: Wendy
Kin: South (Daughter)
Other: He used to be a showhorse and he mated with Wendy.

Appearence:
Personality: Angle has a vrey kind personality. Love to be riddin(sp) but when scared she will high tail it out of there. She is good around humans and loves to be pet.
History:Angel used to live on a farm with very nice folk that took care of her, but the lady who did, had a heart attack, and had to move away. She told her daughter to look after her horse, Angel. But the lady's daughter forgot, and left the farm. Angel was cooped up for days with no food or water. Finally she kicked open the stall and galloped into the woods, know her beloved owner would never come back. She now lives a very good life in the wild, and she's come to love it. 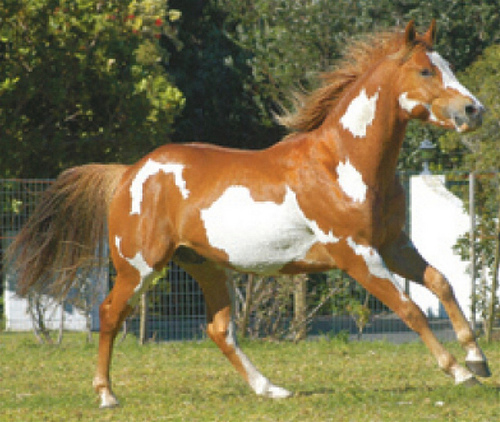 It's on there I just dint make it blod I will fix that.

Oh. Well one reason I put it on there is cause I thought it sounded good. Now that you have reminded me that there are all wild I am going to have to change it. :(

I lke some of your ideas is it ok if I use some?

Are you sure? Cause I dont want to take the work you did.

Oh well then thanks!

HAHAHA lol. But really thanks! 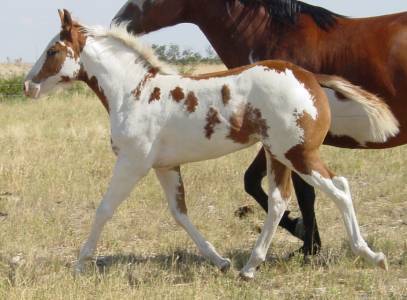 Personality:
South has an attitude. She likes to drive her parents patience. She can be a pain sometimes. She is rarely at peace and not causing trouble. She likes to gossip. She hads quite a temper and doesn't like being told what to do. Behind her temper, she is a happy-go-lucky horse who loves to prance and play.
History:
She was just bron to Duke and Wendy. She was named South because she was born in the southern most part of the forest where her parents met.
Crush:
Mate:
Kin: Wendy (mother), Duke (father)
Other:

Thanks! Did you read her personality?

Yeah she is really pretty.

Has she been born?

Wait this is your horse I Though it was shay. 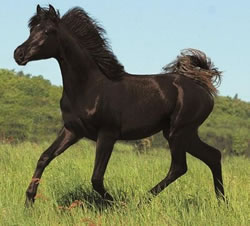 Personality: Jacob has a vrey clam personality. He is now wondering the wild looking for a mate.

History: He has been a wild horse all his life. Never lived on a farm.

Put a [image error] at the end. Plus, remove the quotations.

Ok ill try it. Thanks for the help guys :)

Remove the quote from the end of the />

Angel can't have a colt, Faith. She's too young, and she doesn't have a mate. 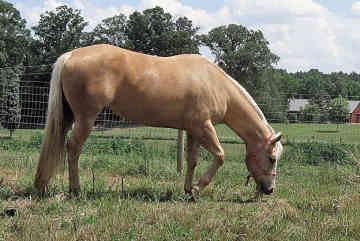 Personality: Loka is sweet and kind. She's intelligent, although gets confused easily. Loka is caring and brave, she helps any horse in need, even if it puts herself in danger. Loka is fun loving and respects others well.
History: Loka used to be owned by a riding school that treated her badly. They didn't feed her properly and she wasn't generally picked to be ridden on. Soon she wasn't able to support much weight and became extremely weak. When Loka went for a ride one day, she broke off and escaped. She's been in the Grassy Meadows Herd ever since.
Crush: Open
Mate: Open
Kin: Unknown
Other:

Name: Sugar
Age: 2 years old
Gender: Female
Rank: Mare
Appearance: She a dusty white horse with big sullen grey eyes. She's quite large for a mare and has very large hooves. She has a wispy white mane and a long flowing tail.
Personality: She is a very sweet and smart horse. Knows her way around places and can get along really easily with others. But don't be next to her when she is a bad mood or yikes.
History: She traveled around with her mother and father growing up. Her father was killed by a large mountain lion and her mother got captured to be a stable horse. She soon found this herd and joined it, and has been living happily ever since.
Crush: Does not want one.
Mate: Does not want one.
Kin: None.
Other:

Mod
How do you do bold? 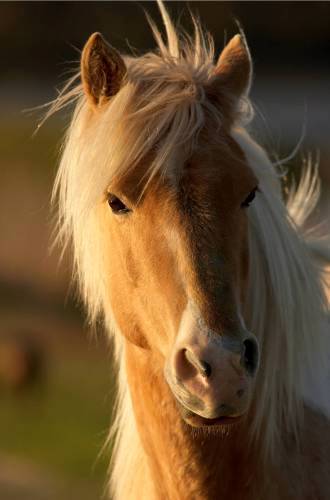 Personality: Ticket is a really smart, he loves to run,play and just have fun. he is like a coalt in a adutls body he just loves to mess around. As much as ticket is a play head he also can be really brave and tought. Ticket has a geart personality you can say that Ticket is a horse that all the mares die for they all love him. Ticket is really popular with the mares.
History: Ticked was once taken away by cowboys as a yearling. he was taken away from his heard and brought to the stabel. they tryed to brake him, but Ticket was the only horse they hade that they could never brake. Ticket missed his herd and family on a stormy cold night he kicked his stall door oppened and ran back to his heard, it took him about a week to find them, but he did and know he is happy with his heard.
Crush:Open
Mate:none
Kin:
Other:

Mod
Name:Gitani
Age:5 years
Gender:Mare
Rank:Mare
Appearance A bay Catch a Bird coat, with one white sock on her front right foreleg, and a star on her forehead.
Personality Stands up for what is right to her,sarcastic, nice at times, and acts tomboyish.
History Gitani was born at a racing and jumping arena. Her mother's name was Bloom, and she never knew her father. She trained hard in racing and jumping for a couple of years, but one day was stolen. While the trailer was still moving she managed to kick the door open and hop out.She wandered the wild for a bit, and made friends with a wolf for a while, but eventually, they had to take different paths. Eventually, she found a herd and stayed there.
CrushOpen
MateOpen
Kin Mother,Bloom Father, Unknown
OtherGitani means gypsy in Spanish, great jumper and racer.

Mod
Thanks, I can rp now?

Ummmm..... I will hafe to ask Flame. Can you wait till tomrrow or you could join Rocky Mountains or Dry planes? or you can wait.

Mod
I'll just wait, if there is no room,I can join another herd.

No! Its fine I will ask and we can work it out if you really want in.

Mod
Just to make sure, I don't want to be annoying or stressing someone out.

Ok i was just making sure there was enough room cause of everthing we are going to do in the hred tomrrow. So there is room?? 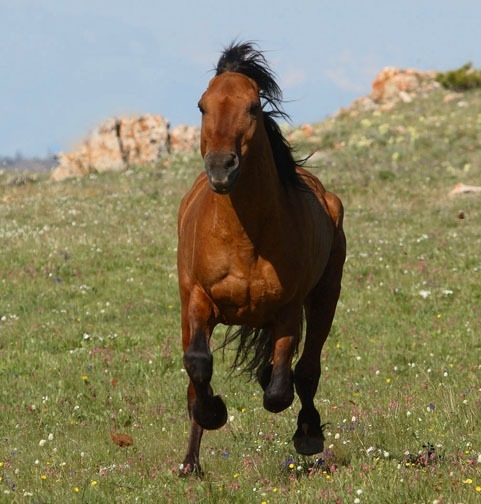 Jack has a star and one white sock.
Personality: Jack is a mean stallion he thinks he is the boss of everyone. he hates Ticket. Jack is brave,tough and want let anything or anyone stand in his way. he is a "Bad boy type" he is really popular. he can be a sweet heart but that side will take years to find.
History: Jack was born into this herd. he was the fstest foal in the herd and he is still amazingly fast. Jack was once taken away by cowboys the same time Ticket was. things happened there that are unknown. but jack hates Ticket.
Mate:none
Kin:
Other: