Beyond the Mountains(Warriors Next Generation) discussion

Mod
Name: NightStar(Nightfang)
Gender: M
Age(In Moons): 38
Lives left:7
Rank: Leader.
Appearance: He has long, sleek black fur with a slim, muscular pelt. He has unusually long legs and a tail. He has blue eyes.
Personality: He is brave compared to his warriors and very generous. He tends to avoid battles, he doesn't like bloodshed.
Apprenitce/Mentor:
Kin: None
Crush: Darkcloud
Mate: None
History(Optional):
Other:

Deputy is mine then.

Name: Darkcloud
Gender: Female
Age(In Moons): 29
Rank: Deputy
Appearance: Dark grey cat, with white paws, and grey blue eyes. Also has a short tail (Was cut off).
Personality: She use to be shy, clumsy, and unsure of herself, but after encountering Sunstrike at the gathering, he's encouraged her enough so that now she's brave. She likes to speak what she feels, but does still think before talking. She's not very shy anymore, and a little less hostile. She does still like to observe, but she's more sure of herself than before.
Apprenitce/Mentor: Open?
Kin: Open
Crush: Open
Mate: None
History(Optional): When she was an apprentice, (this was during the journy away from The Lake) she accidentily got caught in a trap of some sort, causing it to snap off most of her tail. She was a little unbalanced after this, but has grown use to it now.
Other: Hasn't been deputy long, but is getting use to it. Has sided with Sunstrike, and wishes to be leader.

AAAAHHHHH!! I was going to make deputy...

You can make a crush for her maybe? XD

Mod
Name: Starryfeather
Gender: M
Age(In Moons): 50
Rank: Elder
Former Rank: Medicine Cat/Warrior
Appearance: He has long tabby grey fur with a white underbelly and paws. He has a battle scar across his left eye and on his right shoulder. He also has blue eyes like the stars in the sky.
Personality: He is brave, wise, and noble.
Former Apprentices: Silverleaf and Nightstar.
Kin:
Crush:
Mate:
History(Optional): Greykit grew up the strongest of the litter and the fastest. His littermate envied him and wished they could be like him. He became an apprentice early and grew stronger each day. He was arrogant and proud, kits looked up to him. He trained day and night to be the fastest hunter and the fiercest fighter. But when he was 9 moons his brother died in a rockslide caused by ShadowClan(When they were still at the lake and he was in RiverClan). Greypaw swore he would get his revenge. After that moon more battles broke out and he was made into a warrior, Greystorm, at 10 moons. He fell in love with a she-cat named, Hazelflight. They had one litter of kits named, Jaykit(She-cat), Leapkit(Tom), and Berrykit(Tom). Two moons later he began mentoring Nightpaw(Star), and later when he tried to take revenge on the ShadowClan warriors. They killed his mate and attacked him leaving him a scar across his face and leaving him for dead. His kits found him a sunrise later along with Nightpaw. He was 17 moons at that point and he was angrier than ever. Nightpaw became Nightfang three sunrises later and StarClan called him to be a Medicine cat. He followed, and he gained a different name, Starryfeather. The clans later began to fall apart and he chose to join Nightfang's band of rogues. As Nightfang's group grew, they became known as NightClan. They were the fiercest clan and they were the most-feared, they liked battled. Starryfeather was known as the Warrior-Medicine Cat, he was great at fighting and healing his clan. A couple moons later clans started to leave, Nightfang chose to go too. They made a long journey and fought many cats to get to the new territory. As they settled into their new camp, Silverkit approached him and asked Starryfeather if he could become his apprentice. So Starryfeather Mentored Silverpaw untill he became Silverleaf, then Starryfeather retired.
Other:

Ok but she won't realize it for a while, ok?

Oh wow I just realized Nightstar likes her too XD

Mod
Sure and can I have one of the kits??? Leapflight can be her mate

But I thought Leapflight liked Darkcloud? XD
And yeah sure.

Mod
I'll change it and thanks. 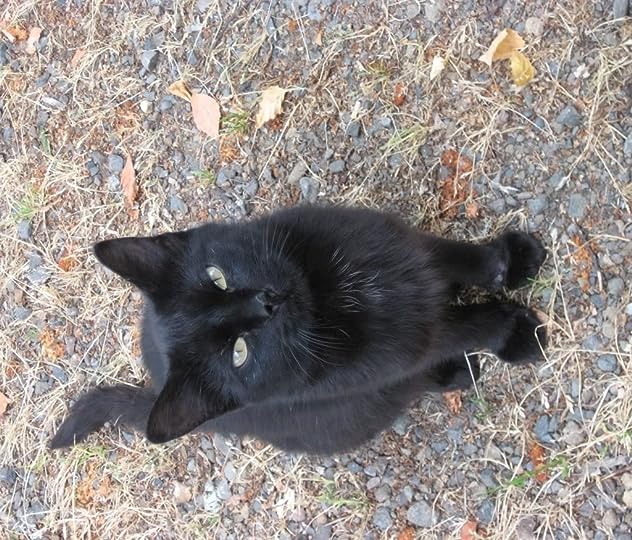 Personality: Sometimes obnoxious, but can be quite serious when time. Sometimes, Shadowblaze can be hard to decipher, but he has a big heart to go with his protected personality.
Apprentice/Mentor: Bloodpaw
Kin: OPEN
Crush: OPEN
Mate: OPEN
History(Optional):When Shadowblaze was a kit, he always wanted to be leader. He has strives to be the best every day and hopes to fulfill his quest.
Other:Shadowblaze is looking for the right she-cat at the moment. Has suspicions that his apprentice will be a prophecy cat.

I'm sorry but the cat in that picture is so adorable!

Yeah! You joined the group!

Silverleaf is my cats name from another group.

Mod
kool I hadn't realized that.

Since Darkcloud has changed, I updated her profile ;)

Name: Mintpaw (feather)
Gender: Female
Age(In Moons): 8 moons
Rank: Apprentice
Appearance:
http://media.photobucket.com/image/pr...
Personality: Mintpaw is lightning fast and sneaky. She is an excellent liar, and very quick on her feet. She is clever and witty, but sensitive and calm as well. She is like a jar of jelly beans, all different flavors in one jar.
Apprentice/Mentor: Shadowblaze
Kin: All deceased
Crush: Stormpaw of Gorgeclan.
Mate: None
History(Optional): Mintpaw is your average Nightclan apprentice, though she has excelled at most average apprentice jobs. When she was a kit, she absolutely adored Bloodpaw(heart), and wanted him so baldy as her mentor. But then he left, and she took his place as Shadowblaze's apprentice.
Other: Mintpaw may or may not become the medicine cat apprentice. XD

Great! But I thought Ebonypaw was going to join NightClan as the medicine cat apprentice?

Exactly. XD But can you make a character here or something? I don't want to rp here on my own.

Sure. Give me a minute. I'll make another apprentice that can crush on Mintpaw

Name: Swiftpaw
Gender: Male
Age(In Moons): 8 moons
Rank: apprentice
Appearance: http://www.google.com/imgres?hl=en&am...
Personality: He is kind and caring. He loves to fight and is very energetic. He can be described as a dreamer too.
Mentor: Brookscar
Kin: None
Crush: Mintpaw
Mate:
History(Optional): His parents both died when he was about 4 moons old along with his siblings.
Other:

Name: Brookscar
Gender: Female
Age(In Moons): 26 moons
Rank: warrior
Appearance: http://www.google.com/imgres?hl=en&am...
Personality: She is a very cold cat. No one can talk to her without getting a harsh reply.
Apprenitce: Swiftpaw
Kin: none
Crush:
Mate:
History(Optional):
Other:

Mod
Kira4Inu wrote: "Great! But I thought Ebonypaw was going to join NightClan as the medicine cat apprentice?"

I think Silverfeathet would be happy with an apprentice.

It's kinda weird...I just made a cat named Mintpaw...Would you mind changing yours?

Beyond the Mountains(Warriors Next Generation)