Mod
Name: Bloodystar
Gender: tom
Age At Death: 7 years
Former Clan: ShadowClan
Former Rank: leader
Side: vamps
Pelt: [image error]
Eyes: [image error]
Personality: tba
Kin: Nightstar(half sis)
Former Mate: n/a
Crush: none
Cause of Death: he was murdered
Reason in DarkClan: killed a few cats
Weakness: if he is about to attack and a cat actually tells him to attck him/her, he won't
Other: he wasn't/isn't a vampire but he is very much supporting them 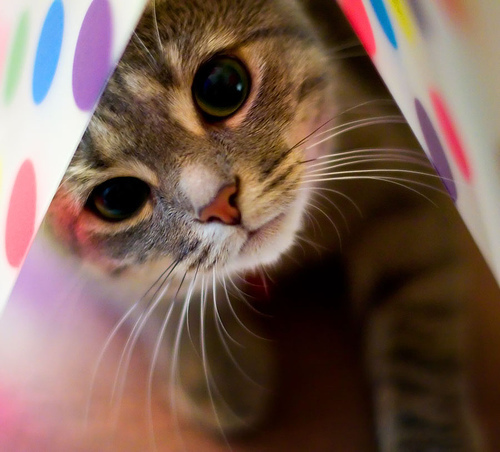 Mod
The name has to be 2 syllables...

Yep, i was just about 2 say that

and zoey's name is 2 syllables, its zo-ey

Mod
Warrior names are different. Depending on the clan the names usually differ. Since she was in ThunderClan she would be named more forest-like...
Ex: Feather, Leaf, Ivy, Bracken, Mouse, etc
and the second syllable would follow.
Ex: Tail, Fur, Pelt, Stripe, etc
and you should end up with something like:
Feathertail, Brackenstripe, Ivypelt, etc

Mod
More of a conbination of two words then syllables... Sorry... :\

Mod
Name: Flashpelt
Gender: Female
Age At Death: 11 moons
Former Clan: River
Former Rank: Newly Named Warrior
Side: Vampire
Pelt: [image error]
Eyes: Bright, Bright, icey blue.
Personality: Very independant acted evil to save himself from being hurt. Deep inside he is very nice but has only shown it to the one she loves, Bloodystar.
Kin: "Killed" them really they just ran away but she said she killed them.
Former Mate: None
Crush: Bloodystar
Cause of Death: Killed herself by running infront of a car.
Reason in DarkClan: She died after being "Evil" duhhhh
Power: Can coommunicate with other cats through her mind.
Weakness: Water...
Other: ^.^ none

Mod
I know =^.^= tehe BUUTTTT IM TOO LAZY TO COME UP WITH ANYTHING SO :P

Mod
How about she's scared of water? Like Jason! XP

Mod
I didn't think you'd really do that!!! XD You know what would be funnier??? If she were from RiverClan!!!!!! XDXDXDXDXDXDXD

Mod
I should make her from Riverclan!

Name: Twitch (aka Dogstar)
Gender: F
Age At Death: unknown
Former Clan: ThunderClan
Former Rank: use to be leader, but then the clan found out that she didn't beleive in StarClan
Side: (vamps/clans) neither
Pelt: kind of a pale orange, really thick and long, with white fur on her chest, underside, and tip of her tail. her claws are may be an inchor two long, and thick, and massive, and all that good stuff
Eyes: brown like dirt
Personality: cynical, faithful, tenatious, fearless. but not evil, she didn't get put into darkclan for killing cats
Kin: Darkradience and Raven (daughters, though they look nothing alike)
Former Mate: TBA
Crush: none
Cause of Death: unknown. one day they just found her body by the sunning rocks, with no explenation for her death
Reason in DarkClan: its not that she didn't believe in starclan, but she put no faith in them, and saw them as just a bunch of dead cats. she beleived in a higher power
Power: none
Weakness: unkown
Other: isn't like the other darkclan cats, perfers to keep to herself

Mod
lolz. I was thinking of doing the same thing, but with diff cats.

reply | flag *
message 26: by [deleted user] (last edited Sep 20, 2011 09:37AM) (new)
Sep 20, 2011 09:37AM
yes! alright here goes.
Name: Razorwind
Gender: male
Age At Death: 5 years
Former Clan: shadow
Former Rank: warrior
Side: (vamps/clans) vamps
Pelt: darker than black
Eyes: burning intense red
Personality: very cruel and uses pain to his advantage
Kin: none
Former Mate: none
Crush: none
Cause of Death: he fell into the gorge in windclans territory and drowned
Reason in DarkClan: he was partners with a cat called bluerain, who killed 2 clan deputies.
Power: he can go in cats dreams.
Weakness:
Other: he's using his power to try and control deepfear through his anger.

reply | flag *
message 27: by [deleted user] (new)
Oct 04, 2011 09:36AM
Name: Bluerain
Gender: male
Age At Death: 7 years
Former Clan: shadow
Former Rank: deputy
Side: (vamps/clans) vamps
Pelt: dark almost black gray
Eyes: shockingly icy blue and always filled wit hhatred
Personality: he is more cunning and devious then his partner RAzorwind
Kin: none
Former Mate: none
Crush: none
Cause of Death: he was killed in a battle he started
Reason in DarkClan: he was partners with Razorwind and killed 2 deputies. he also took one of the leaders many lives
Power: he can enter cats dreams and manipulate them
Weakness: sunlight
Other: he is working with Razorwind to control deepfear for his own evil scheme.

Eyes: one is green and one is blue
Personality: dirty, innapropriate, etc
Kin: n/a
Former Mate: a bunch we just won't name
Crush: none
Cause of Death: she was murdered by one of her "toys" when they found out about her
Reason in DarkClan: She is a player and a murderer. When she finishes with a tom she will take him into the forest and kill him then act like nothing ever happened and she never knew him.
Power: none
Weakness: um... sex? xD She'd do anything for it!
Other: she is still addicted to tom cats' love

Mod
I could make a male ;) xD haha

Mod
I will when i can use my computer

Mod
Name: Deathwish
Gender: Male
Age At Death: 5
Former Clan: Bloodclan
Former Rank: Warrior
Side: Didn't really care to choose but even though he was not a vampire he mostly supported vampires.
Pelt: 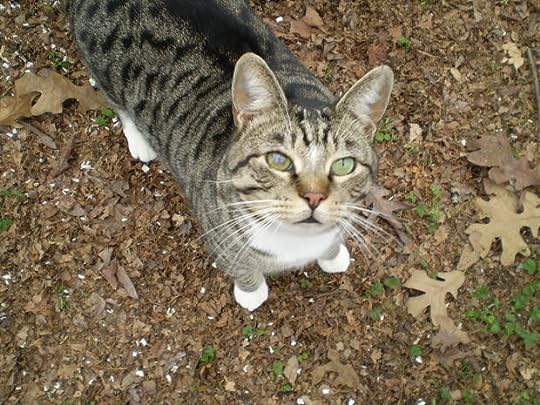 Eyes: Blood red.
Personality: Mwahahaha tbh ^_^
Kin: Hmmmmm! He killed them.
Former Mate: Maplefur
Crush: xD Emberdeath
Cause of Death: He was thrown into the thunderpath after being tortured by his own leader.
Reason in DarkClan: For being a rapist and killer xD
Power: Hehehehe idk he is not a vampire
Weakness: Brightness
Other: Mwahahaha he is like a rapist! <(._.)> <-that is your charie and this is mine -> <(^V^)>