Mod
What is the silliest thing you ever did? For me, it was starting a campfire under my parents house when I was a teenager... What a silly billy :)

Trusted my mom when she insisted that the mushrooms growing in the grass near the church down the street would be safe to eat. Could she have bought a few mushrooms at the store? Yes, but the sight of those mushrooms growing so abundantly in the wholesome grass brought her back to “the old country” where she apparently used to go skipping through the woods in reckless abandon, collecting wild mushrooms that actually were safe to eat. So we, eager to support mom’s sudden spell of giddiness, collected a bunch of them which she sliced and prepared perfectly with butter and garlic : | We got sooo sick but mom - who ate the majority of those strange little beings - insisted that it must have been the butter that was “bad.” We believed that too, until sometime later when some silly American friends informed her that, in fact, it was NOT ok to eat the mushrooms growing in the wilds of the church lawn, or anywhere else for that matter. Wayyy silly : )

I once got banned from a large hospital ward and wasn't allowed to visit my father, who had just had knee surgery. The reason - for sneaking some red cordial in his urine bottle that was under his bed. The nurse thought he had blood in his urine and ran off to organise tests. But before she took him, I tried to shove my dad's bed into the hallway with him in it. He couldn't get out as he had a cage on his knee. Though they'd taken the drip off his arm. But the bed jammed in the doorway and I had to crawl under it to escape.

He-he - the man in the next bed had seen me put the red syrup in the urine bottle and was tittering to himself. He dobbed on me to the sister in charge and the hospital staff banned me from visiting. I was twenty five at the time, married with two kids. LOL. My father was mortified, so was my mother and siblings.

Marianne wrote: "Trusted my mom when she insisted that the mushrooms growing in the grass near the church down the street would be safe to eat. Could she have bought a few mushrooms at the store? Yes, but the sig..."

Marianne, your mum sounds like a fun person. LOL.

O.K
I swear to GOD if you laugh I'm outta here.
I was five years old, my brother was eight, and we were playing out side when he had this genius idea or something.
He wanted to know what would happen to me if he some how spited in my mouth, he told about his brilliant idea. When I tried to run, he caught me, and well I guess you got the picture, yeah he actually THREW a big juicy spit in my mouth.
I still don't know what was the conclusion of the of his experiment.. 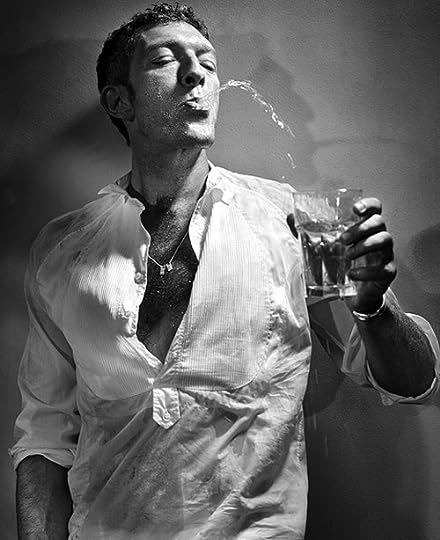