All Half-Bloods of Gods discussion

Personality : Being very humorous and constantly in high spirits, Nicolas is loved and adored by everyone... and I mean everyone! With his bubbly personality and his kind soul, he is very popular. He is usually asked for advice, because of his acute sense of right and wrong—but that doesn’t apply to his schoolwork. He is rather brave, I guess, and he will stand up for what is right.
Friends : Everyone! Yay! :D
Crush : TBD
Pets : TBD
Other: IS A SATYR.
Being a satyr, Zepherin doesn't use weapons, unless absolutely necessary, so he practices with the bow and arrow every once in a while. Zepherin is very advanced in woodland music, plants simply adore him!

Name: Vonne Bendetto
Age: 16
Daughter of: Eris
Personaltiy: Unlike her mother, Eris, goddess of spite, Vonne isn’t mean… usually. She has quite a temper, and is very sarcastic and sensitive. However, once you get on her good side (Yes, she does have one), you will realize that she is actually a kind, generous and fun-loving girl. However, what she really hates is how everyone thinks that she’s a stereotypical Eris daughter, meaning that she hates everyone and wants to be meanest possible.
No. She’s only like that to those who think that she’s stereotypical, to newbies, those who are mean to her and those who think that know her, and know how she feels.
So, watch out. You have been warned.
In front of adults, she ats all nice, and polite, but away with her friends, she is a rule-breaker and hungry for adventure.

Other: Vonne uses a sharp boomerang, made out of celestial bronze.

She uses this special quiver for the boomerang. In the mist, it’s a backpack. 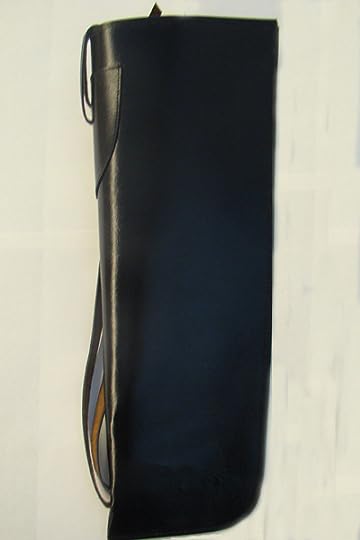 Personality: Felix is a very optimistic guy, always smiling and always thinking that even in the depth of darkness, light will shine through. For this reason, he likes to make friends that are the pessimists, so he can say, ‘I told you so!’ in a good way. Felix is bisexual. He’s the most-mother like one in his group of friends, the one that always scolds and encourages others. “Better luck next time!”

Other: Felix uses a crossbow that he found lying in the weapon box, down at the bottom. He found it by luck, actually. He and a friend were throwing a coin to see who would get which weapon; a silver, beautiful sword that comes with a scabbard; or a dusty crossbow. His luck power failed, and he ended up choosing the crossbow. Felix insists that it was fate that led him to his crossbow.

Felix wins all draws, lotteries, gambling, anything like that. Luck is always on his side, and he has great aim for that precise reason.
Felix’s father, Aiden Faust has won the lottery—twice in a row. Tyche fell in love with him after that, and with a little help from his girlfriend (hehe), he became a billionaire. Aiden insisted on giving Felix bodyguards, but Felix decided no. The point of being a demigod would have been ruined for him. Felix goes home during the holidays, armed with bodyguards (to his disappointment!) to exclusive private schools. Aiden would pay the privet schools not to get him expelled (after he had done something worth expelling for), and he returns to the school every year.

Name: Acton Tobery
Age: 18
Son of: Hades
Personality: Acton teases a lot of people, he is near to a fail for his marks, but he is wise and logical. Acton has a funny personality, and is slightly flirty. Acton is rebellious, and mischievous. He is considerately cheerful, and is usually thoughtless. He is scattered and immature. He’s pessimistic, ad allows imperfection. He’s not exactly the most reliable guy, and is slightly irresponsible. Acton shows his wisdom in times of need, otherwise acting completely disorganised. He is combative and candid.
Appearance:
[image error]

Name: Aleksios Theodore Boot. However, no one calls him by his first name, only his surname, unless he's in BIG trouble.

Age: 15 years old, and has been at camp since he was 10 years old. Boot stays year round.

Appearance: Boot has messy strawberry-blonde, short hair, which he inherited from his mother, with sparkling, blue-green eyes.
He has slightly tanned skin from spending too much time at the beach his mother, Jacky Lynn Boot, works as a lifeguard.

Personality:: Aleksios is a very outgoing guy, who likes to tease others. It's nearly impossible to stay mad at Boot for long, because he's always cheerful and has a charming smile up on his face. However, like water rapids, he's very unpredictable-- (is that the right word?) one moment Boot can be sweet and funny, then the next, he has a pistol next to you temple.

Weapon:: ALeks has two pistols, which hang by his hip. He haw two turquoise-coloured leather pockets, attacked by a leater belt. The bullets are make out of Celestal Bronze. However, he does use stars, which also hang by a pocket at his hip.
Boot is quick-witted and very nimble.
[image error]

History/Family: Boot used to live with his mother, Jacky Boot. She is a lifeguard at a beach, which is where she and Poseidon met.

Personality: First thing you need to know about Narcyz. He is a heavy sleeper. In order to wake him up, you might have to hit his head several times with his shoe. However, when he does wake up, Narcyz tries to be mysterious, but fails miserably. Considering the fail, he acts like himself, which is incredibly stupid, seeing as the only thing he does is sleep. Even though he is the child of Hypnos, the god of sleep, his sleep is limited. He can only sleep for thirteen hours a day, and this is how he plans it: He goes to bed at eleven, and wakes up just in time for lunch. Narcyz doesn’t think very highly of himself, because probably everything that happens, he has slept through. He can also send dreams (Is that allowed?), and helps out with memory loss. Narcyz is out there to help, even though his helping project would probably fail. However, in battle, Narcyz is very much awake, and will fight till death in something he believes in. Definatly a huffleduffer.

Other: Narcyz uses normal-looking sword, but it’s kinda special. It makes the victim tired and sleepy. The swords name is Kourasménos. However, it doesn’t work on him if he has already has had his thirteen hours of sleep, which was a punishment from his dad. It was a punishment, because as Hypnos was talking to him, Narcyz fell asleep and couldn’t, er, I mean, want to wake up. 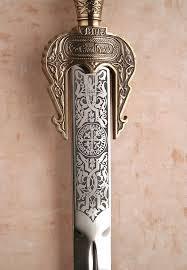 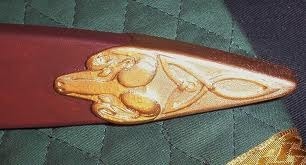 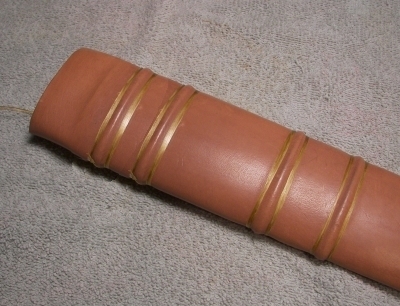 It usually hangs by his hip (But not when he's sleeping).


Hope this meets your usual standards.

Mod
Wow. Um...it's actually kind of above and beyond. Cool.

Mod
Also, though, you didn't name the parents of all your charries. If you don't want I to be revealed yet, just say TBA. And you can start roleplaying whenever.

Mod
Try not to scare her off... Divya.

Mod
Why would I scare her off? *innocent look* I'm insulted you'd even mention that.

All Half-Bloods of Gods