I've got a row of these (or a very similar variety) along the fence...they're a few years old now, and goddamn, they're cool.

And I've got a few more basics like this along another fence...

Maybe I'll take some pictures...anyone else interested in ornamental grasses?

I like the look of it, especially when the landscape is kept up.

I have some growing, but not on purpose.

I was thinking next year of planting these in front of the fence, since they're supposed to crowd out weeds, and I'm sick of trying to win against weeds in those particular beds. 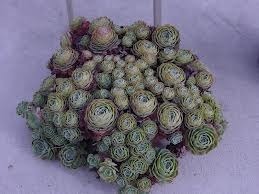 Sarah Pi wrote: "I have some growing, but not on purpose.

I was thinking next year of planting these in front of the fence, since they're supposed to crowd out weeds, and I'm sick of trying to win against weeds in..."

They're called hens-and-chicks and they can be used as ground cover in a rock garden or in place of grass. Here's another view:
http://en.wikipedia.org/wiki/File:Hen...

Kidding! I am so much more interested in ornamental grasses than, say, testicular boils or pop culture.

One thing that interests me about ornamental grasses is that they so often just look like weeds to me. Like that second link above (elmonline). Or they look wheatish. A lot of the flowering shrubs I've seen this year remind me of weeds, too. I know people go to horticulture centers and pay a lot of money for these things, it's just (and I'm talking shrubs here not grasses) sometimes they don't have the elegance or heft I associate with a non-weed. Sometimes their leaves are really flimsy, or their branches are green rather than woody.

I do think grasses can play a nice role in a garden, setting off other things, being used for their height in an overall design scheme. Like here:

But this just looks like a big ole weed 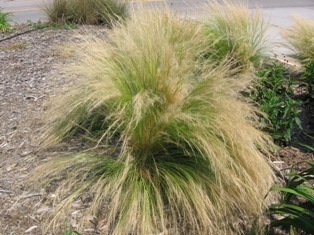 To conclude: yes RA, I would be interested in seeing your photos of ornamental grasses.

My neighbor has some that's purple and it'll slice your finger off... yet, Robby likes to chew on it.

The hens and chicks are cool and unusual, but I'm with LG on generally confusing ornamental grass for weeds. I'm a big fan of ivy, as far as non-flowering ornamental plants are concerned.

Mod
I like ivy too. And ferns and mosses.

Lobstergirl wrote: "I like ivy too. And ferns and mosses."

I like lamb's ear, Dusty Miller and ivy for my non-flowering plants, but I'm interested in finding an ornamental grass that looks fluffy or has fluffy seed heads. I have stepping stones with the footprints of my two dogs who are no longer with me, and a friend sent me a Bigfoot daylily to plant for one dog and I need something fluffy to symbolize the other one and plant by his stone.

Mod
I've planted and seen so much dusty miller the past few years I wouldn't miss it if I didn't see it for the next 20. Nothing against it, I just had dusty miller overload.

Mod
Oh I love ornamental grasses. I'm always pointing out ones I like in our neighborhood and Sweeter just gives me "you're a loon" look.

Sarah Pi wrote: "They're called hens-and-chicks and they can be used as ground cover in a rock garden or in place of grass. Here's another view:
http://en.wikipedia.org/wiki/File:Hen..."

My parents used to be very big on ground cover plants. I like some of them, but they had a whole hill of this stuff called iceplant and it looked odd to me. As a kid though, I used to love to break pieces of it off and draw on the concrete with it.

Lobstergirl wrote: "I am so much more interested in ornamental grasses than, say, testicular boils or pop culture."

This is the decorative grass that Robby likes to chew on, purple fountain grass: 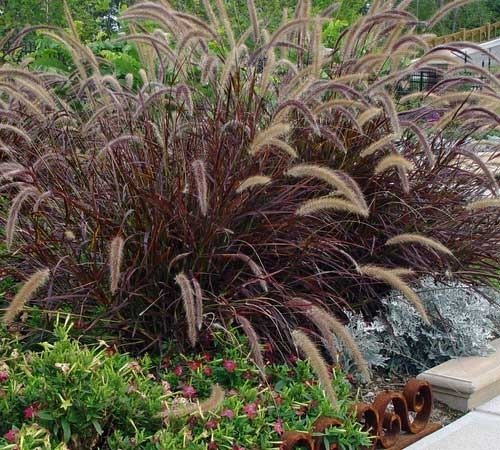 I had some purple fountain grass, very cool, but essentially it functions like an annual around here and I didn't want to replace it every year. 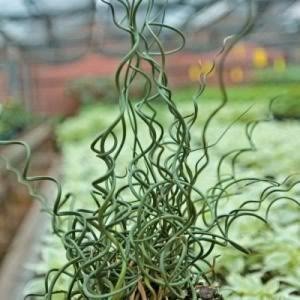 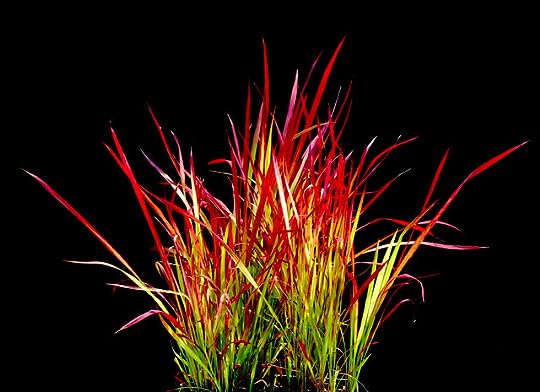 In my garden. They’re both fairly small and add some visual interest. My cat keeps eating the red one.

What are the names of those two grasses, Helena? They're beautiful!

The top one is called Juncus Effusus- but it was labelled twisty grass. They’re doing great in a shady spot, they like lots of shade & lots of water- they’re apparently a marsh plant.

The bottom one is called Imperata Cylindrica or ‘Red Barron’. It’s very pretty when the sun lights it from behind, and doesn’t get too big.