19 views
Demons •VS• Angels > The Characters

Mod
Allies can be made!!

there ya go! and ya can do another if you want i just made this to help

Mod
That is fine.

Mod
Type: Demon
Name: Madison "Maddie" Wakefield
Age: 10
Gender: Female
Appearance: http://images.paraorkut.com/img/pics/ima... (Not as much blood.)
Personality: Sweet, kind, caring, very emotional, gullible, and clumsy.
Powers: Atomic scream, inhuman traits, telekinesis, telepathy, able to absorb/mimic/control/take away others powers, rapid cellular respiration, possession,
visions, mediumship, and she can learn people's pasts by touching them. And she's so young! XD
Other: She was murdered by Ovirus and was reborn from The Sea of Black Tears. She likes to carry stuffed animals or dolls that have 'special' abilities of their own. She get very ill and has 'unstable' moments.

name: Kaleb Silverwing
age: 17 in human years and but he has been around since the first angels were lifted into heavan
demon or angel: Fallen angel
power(if okeyed): Weather manipulation. The weather changes acording to his mood and he can easily control it.
personality: Shy and keeps to himself. He secretly enjoys the company of Christians due to the fact that it reminds him of the past when there was no war.
looks:[image error] Hair-Black and curly. Eyes- Changing according to his mood. Thin but with ripped abbs. Pale skin.
history: He was in the beginning and watched the war between heavan and earth start. He was cast out of heavan for suggesting that earth be handed over to Lucifer with all the unholy souls. Gabriel the archangel cast him out himself and told him to see for himself how unholy the world is. He can not get into heavan or hell until he is proven worthy for one of the two. He remains immortal but can still be hurt and put through pain.
ally(optional):
enemy: he dispises all demons who believe him to be on satans side and he isnt a fan of angels that call him a disgrace to the name of God.
crush: He enjoys mortal women being in his company but he hasn't fallen for anyone yet.
other: He is always in search for an ally, but no one truly has taken his side.

name: Harold Garrison
age: looks 28 but his real age is unknown.
demon or angel: Demon of Sorrow
power(if okeyed): Aura of sadness, Memory Replacement, Touch of Depression, Inhuman abilities, Shadow Shaper, and not sure if its an ability but walks with the sulfiric smell of Hell.
personality: Cold, Unkind, Sly, Clever, always making jokes and constantly in the mood to kill.
looks: 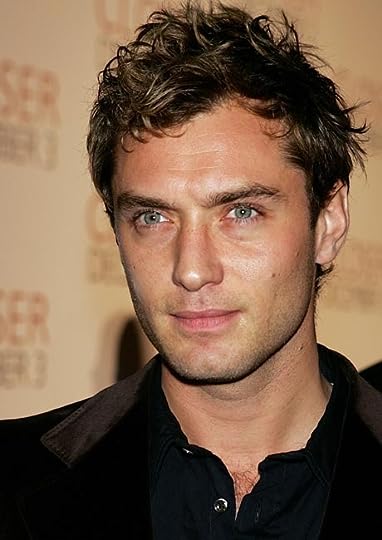 Short messy blonde hair, Icey black eyes, Tall and slim, Always carrying some sort of blade or strange gun.
history: Killed Runes entire familiy and burnt her house to the ground. He was seventeen then and was and still is an assasin for Hell. He always hated Half mortals and Fallen angels. He hunts them down and sends them to eternal punishment just for being what they were. He was commonly known as The black plague in england. He caused many suffering deaths. He also tricked Adolf Hitlers mind and caused the holocaust.
ally(optional):Satans minnions of death and plague.
enemy: Rune his life long objective is to kill her entire family and her as well or to have her turn to his side.
crush: NA
other: He has a fear of cats due to there ability to see in the eyes of spirits they can see his true form and hold the ability to cast him back to where he belongs.

Mod
Name: Lucille "Lucy" PlaztiicDoll
Age: Programmed 17 years ago so....17!
Demon or Angel: DCMSS (Demon Cyborb Minion Super Soldier)
Powers: Inhuman traits(enhanced speed, strength, reflexes, flexibility, etc.), rapid cell respiration, extreme hacker, and more.
Personality: Loud, wild, whiny, Bitchy, emotional, dark, sarcastic, sly, clumsy, and easily distracted.
Looks: [image error]src=http://www.lucidchan.org/ld/src/12787...
History: Lucy was made to distroy angels. She was suppose to be a special custom design but something went wrong when they tried to give her certain "things". She escaped from them on her 17th year. She's having trouble figuring out who she should fight: the ones she was Programmed to kill or the ones who took her life.
Ally: Kaleb and Maddie??
Family: None or you can call any other cyborg a "sibling".
Crush: Open
Other: She has glitches. She tends to freeze as well.

name: Izrail Soul
age: Looks about 18 but he has always been around.
demon or angel: Angel
power(if okeyed): Touch of instant death, Touch of instant life. He has the divine power to separate the soul and body from each other. He can heal others or plague them. He is known as the angel of death and knows when it is a persons time. He is a basic Grim Reaper. He can even take on any personality of the deadly sins.( lust, envy, sloth, wrath, pride, gluttony, greed)
personality: Kind to the ones he must take. He is all about perfect timing and hates to be late. He isn't a fan of the war and he hasn't truly taken sides. He tries to be everyones friend but he holds a deathly aura as if he keeps all of the wicked souls close by. He enjoys the mortal luxuries like sex and lust.
looks: 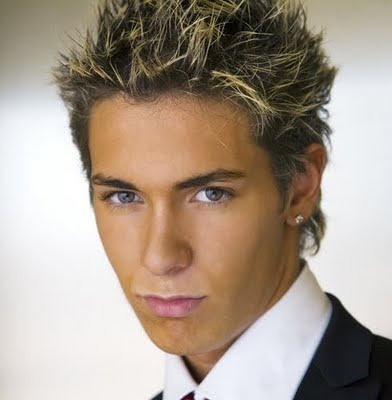 Short blonde with tips black hair, Ferocious hazel- yellow eyes, About 6'1 and well built.
history: He doesn't talk about it and few know it he is the Archangel of Death and is kept in silence from heaven and hell he lives on his own terms but never stops serving god.
ally(optional): Isaac Briggs? and Audrey O'Deka?
enemy: Any who try to defy death and fate.
crush: (open)
other: He carries a silver walking stick that turns into a vicious staff with to sharp spear like blades on each end known as (Staff of Parted Souls). He has away with animals and tries to help outcast and fallen angels get back in gods path. He also tries to convert demons to a more holy side.

Mod
Totally, the can be allies.

Name: Mina
Age: 21
Gender: Female
Angel/Demon: Demon
Powers: She is a powerful demon, she can take human firm and read the minds of both humans and angels. She can control the emotions and behavior of huma.s. She created a bullet that can puncture the skin of angels and demons
Appearance: [image error]src="http://4.bp.blogspot.com/-_RmFwIsdrO8..."
Width="400" height="300"/>
Personality: Cold hard calculating smart
History: sent to earth o fight the angels
Crush:
Weapon: two pistols and a sword
Other: none

Really? It works on my ipad

Mod
It just takes me to google images

name: Michael Lightgazer
age: 22
demon or angel: Human who sees angels and demons for what they really are.
power(if okeyed): Able to see through the mist that fogs humans from seeing spirits,angels,demons,etc...for what they really are. He seems to be able to do pretty good summoning angels or demons or even the light of God.
personality: Shy, Quite, always Lonely, tries to avoid people and believes himself to be crazy when he here's the voices of Heavan or Hell.
looks: 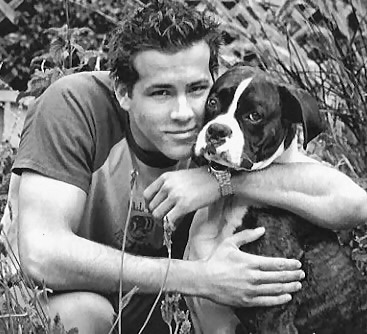 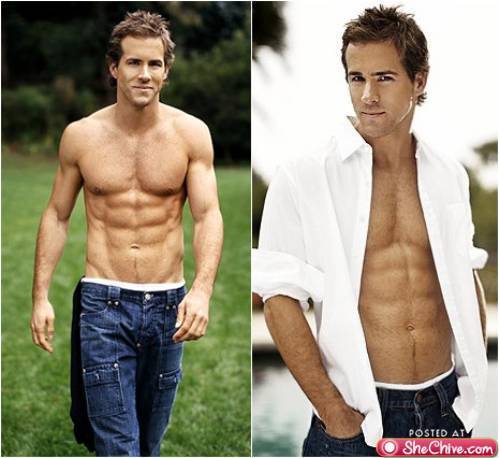 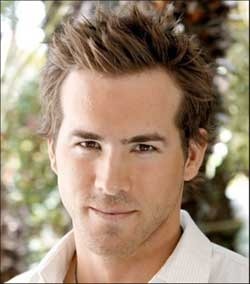 history: Born in Chicago moved to California when he was 10. He started seeing "monsters" all around him at age 12. He was put through 5 years of therapy and was constantly drugged on pills perscribed by doctors. He quit the pills after he graduated. His mother and father died in a fire after a big earthquake. He was left with an abandond pup. He named Alvaro spanish name meaning Gaurd of All. Alv seems to like protecting people and as an animal he can see through the mist as well.
ally(optional): Alvaro for now
enemy: Almost everyone that knows he can see them in there true form.
crush: open
other:tba 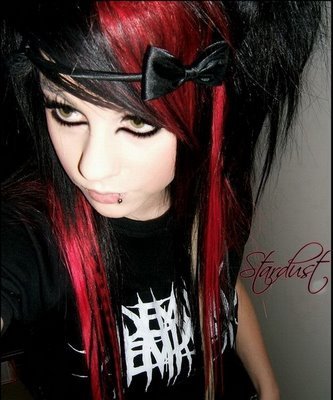 "Yah we are cousins"

Name: Sundaygia Uswadi
Age: 19
Angel of Death
Power: The projection of fear and the replay of life before death
Personality: Quiet, calculating, intelligent, clever, thoughtful
Looks: http://www.freewebs.com/bleachfruits/...
History:
Ally: None yet
Enemy: None yet
Crush: Open
Other:

reply | flag *
message 38: by [deleted user] (last edited Aug 19, 2011 10:19AM) (new)
Aug 19, 2011 09:18AM
name: Camrin Jennings
age: has been alive since the dawn of time but looks 20
demon or angel: fallen angel
power(if okeyed): She can make multiples of herself.
personality: She hates most demons, she likes all of the fallen allied with heaven. She is spunky, out going, loud, and curious.
looks: http://www.thebandperry.com/images/ki...
history: to be rp'd
ally(optional): None yet
enemy: demons, she hats them with a passion
crush: Open
other: She wants to be an Angel again.