Name: Dove Wing
Gender: Female
Role: Battler
Looks: long furred silvery gray she-wolf with a black stripe around her pufffy tail and with yellow eyes
Decription: Dove Wing is a very strong wolf. She loves to fight wolves, to protect her pack. Her loyalty is very helpful to Ice Rain. She never turns her back on someone in need while she's loyal and she thinks its helpful bringing in a stray wolf. Ice Rain is used to it.
PA: kind, protective of her pack, funny
Crush: OPEN
Mate: OPEN
Other: She hates it when Ice Rain ignores her.

Name: Raven Spirit
Gender: Male
Role: Prey Hunter
Looks: long furred black tom wolf with green eyes with a hint of icy blue
Decription: Raven Spirit's sister is Dove Wing. He hates it when she brings in another stray wolf. Raven Spirit thinks its more disloyal then loyal to bring more wolves in the pack because they could turn on Ice Rain.
PA: agressive, loyal, brave
Crush: OPEN
Mate: OPEN
Other: Hates it when Dove Wing brings another wolf. 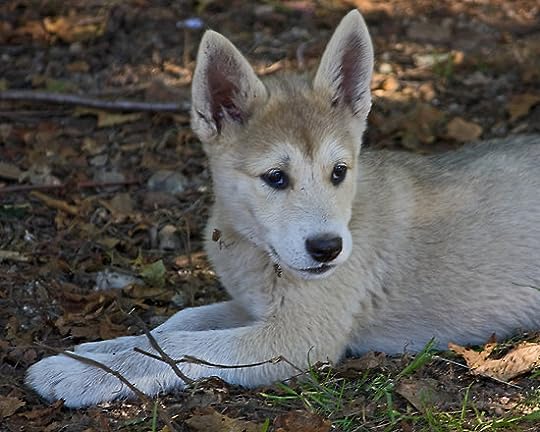 Decription: Young skitish and always wanting to stay shy away from others. He was abandond after his mother was shot. He is always alone and very nervous around other wolves.
PA: tbrp
Crush: open
Mate: open
Other: tba

Name: Ash Pool
Gender: Female
Role: Pup
Looks: long furred brown and black she-wolf with green eyes
Decription: Ash Pool likes to roll around in dirt, mud etc, and she loves to explore. She is quite shy though.
PA: shy, timid, sweet
Crush: Amarrok
Mate: OPEN
Other: Ash Pool gets freaked out when someone sneaks behind her.

is anyone willing to have a pup

will anyone have a puppy soon

can i play one of the puppies

I will play a pup.

well i want to make a puppy

So I can make a pup?

are they born yet