Beyond the Mountains(Warriors Next Generation) discussion 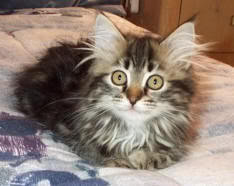 Personality:Hazelfoot is rambunctious and spunky, but can be serious when she needs to be. Sweet and sour, all in one.
Apprentice/Mentor: OPEN
Kin: Scorchstar (mother)
Crush:OPEN
Mate: OPEN
History(Optional): Hazelkit was born under a full moon. She was abandoned by her mother soon after that, but Lightningclan found her before she died. She got very sick when she was 3 moons old, but she pulled through it. It lasted for a very long time, and her apprentice ceremony was held off. Hazelpaw, being older than most apprentices, but having less experience than the others, had a very frustrating time with her training, and often got upset and would go missing for a while. Once a warrior, Hazelfoot pushed herself to her limits to where she is now. She promised herself that she would make herself known, and no one would ever doubt her abilities ever again. She still has a hard time organizing things, since she is a fairly new deputy, but her peers support her anyway.
Other:Hazelfoot likes to go out and hunt every once and a while to relieve her anger, frustration, and doubt. 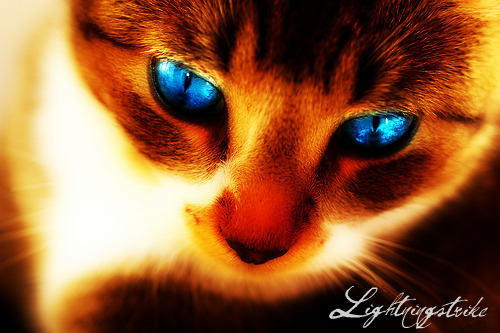 Personality: He is noble and clever. He believes in justice and being true to your word.
Apprentice:
Kin: Gingerfur(Bro), Thunderkit(kits), and Blazingkit.
Crush:
Mate: Needs one
History(Optional): He was one moon old when the fire broke out in ThunderClan. His younger sister died in that fire about a moon later elders and apprentices started dying off. Then cats started stealing food and wars broke out. The leader, Bramblestar, forced him to become an apprentice at 5 moons old, at that point they stop having Gatherings and stopped talking. He infleunced his bro, Gingerpaw, to start the fighting over food among the clan which caused them to split up. Gingerpaw tried to create his own clan, but nobody followed him. So Lightningpaw chose to create a clan and soon cats from WindClan and ThunderClan joined him. Many young and old cats died, soon he had enough of it. He teamed up with StoneClan and left the Lake terrirtory.
Other:

Mod
Name:Gingerfur
Gender:M
Age in Moons:28
Appearance: http://media.photobucket.com/image/gi...
Kin:Lightningstar
Crush:Hazelfoot
Mate:Crush first.
Apprentice:Hawkpaw
History: He was originally born into ThunderClan when the fire broke out and went through the wars for food. He started the spliting of ThunderClan as an apprentice along with his brother. Even though Lightningpaw wasn't a warrior he formed a new clan, he claimed it was a time for change and gave himself a warrior name. Gingerpaw was like a deputy to Lightningstrike and supported him in battle and hunting. Lightningstrike gave him a warrior name and then at least a moon later Lightningstrike chose to leave this territory. Considering there were no elders in LightningClan back then, they teamed up with StoneClan as they were preparing to leave over the moutains. When they finally made the journey they found MoonCave and LightningStrike got his nine lives. But when he had to chose a deputy he chose Hazelfoot instead of his brother, Gingerfur was crushed.
Other:

reply | flag *
message 10: by [deleted user] (last edited Jul 22, 2011 08:19AM) (new)
Jul 18, 2011 01:58PM
Sweetserenity
Gender:F
Appearance: http://weheartit.com/entry/12135444
Personality: A drop of perfection. A breathtaking beauty that will send you in awe whenever she passes by. With her sweet self, she will truly make you dazed from her true voice, which is how she got her name. Yet Sweetserenity is very defeinsive over her loved ones. Her battle wounds from her past have made permanaent scars on her body, yet the one know on eever misses is the one that crosses her right eyes...the same one from her mother. Anywho, Sweetserenity tries to control her temper and is always trying to make peace as she is known as a peacemaker, yet push her buttons, and you will receive her sharp tone which is rarely seen. As an excellent fighter, she is against fighting, yet if having to, she does not deny as she has full respect towards her leader. Sweetserenity is one to somehow take control at times, yet backs off when someone really in charge comes. Yet as an angel, she gracefully moves like one, speaks like one, and IS one. A perfectioness, a beauty, a Sweet Serenity.
Kin: Deceased
Crush: Open
Mate: Open
History: Does not want to talk about it.

lol ya I know

Can LightningStar be mates with her?

Mod
Lightingstar can be with Firespirit but he like Hazelfoot who Gingerfur also likes and it's complicated. 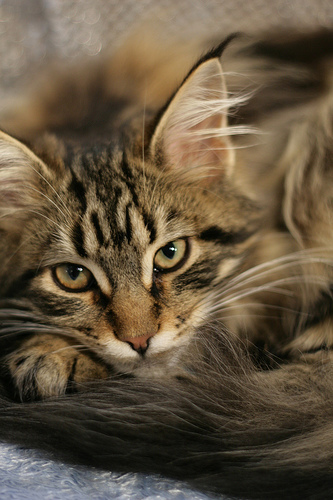 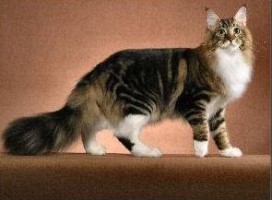 Personality: She is overly-protective of her kits and is very kind.
Apprenitce: None
Kin: CherryKit(Open is so..."

Name: Cherrykit{shimmer}
Appearance: {instead of blue eyes has violet}

ill make one right after i get back cuz im going to be leaving to go do some errands soon. 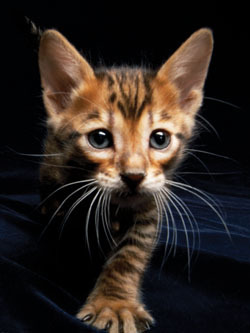 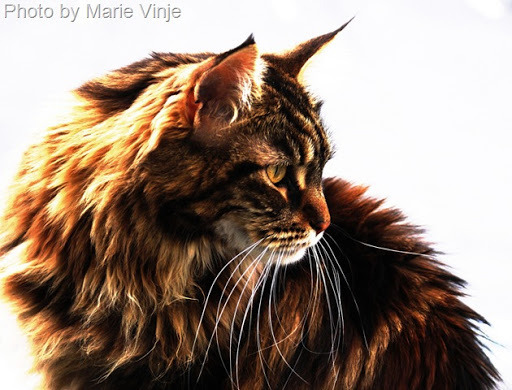 Personality: He is brave and true to his word. He won't back down from a challenge and will speak out against anyone who says that he is wrong.
Mentor:Needs one.
Kin: Hawkkit, Cherrykit, Cinderflower.
Crush:Too young.
Mate: Too young.
History(Optional):
Other 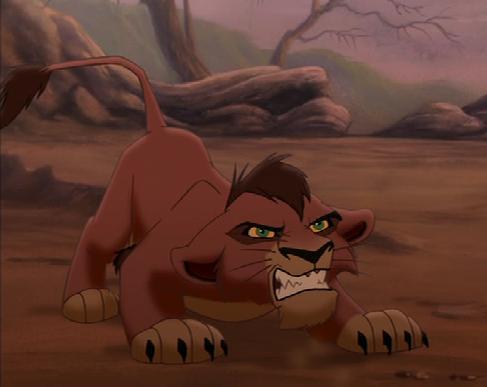 Name: Spiderstripe
Gender: Male
Age(In Moons): 18 moons
Rank: warrior
Appearance: http://www.google.com/imgres?q=cat&am...
Personality: He is kind and sweet and very understanding. Does not like fighting
Apprenitce: Lionpaw
Kin: Open
Crush: Open
Mate: Crush first
History(Optional): He was a sickly kit and became an apprentice two moons late. He is always trying to prove himself.
Other:

I make crush for Lionpaw!!!!

Umm hope you don't mind but I did that already.. :S

Mod
You know more than one cat can another right?

reply | flag *
message 47: by [deleted user] (new)
Mar 04, 2012 07:55PM
Name:Freetail
Gender:Male
Age:25 Moons
Rank:Warrior
Appearance: http://dogandcat.com/images/cat2.jpg
Personality:Freetail is fast, and clever. When he fights is enemies, he is strong, but not to strong, he is a little fat.
Apprentice/Mentor:Open
Kin:None
Crush:Open
Mate:None
History:He was named Freetail cause he always knew how to pull his tail free from a fierce grasp.
Other:None

reply | flag *
message 48: by [deleted user] (new)
Apr 09, 2012 11:10AM
Name: Amberpelt
Gender: female
Age(In Moons): 21 moons
Rank: young warrior
Appearance: pale brown pelt mixed with creamy gray and light orange with sharp amber eyes
Personality: quiet and doesnt talk much, she prefers to let her actions do the talking
Apprenitce/Mentor: none
Kin: Bear, her father, and Fox, her mother
Crush: open
Mate: none
History(Optional): Her parents were loners and were a bit abusive with her. Whenever she talked, they would cuff her or hit her and say silence was better.
Other: Amberpelt was once a loner, she sleeps outside of camp and is uncomfortable around large groups of cats.

Beyond the Mountains(Warriors Next Generation)