Earthclan lives nearer towards the middle of the island, away from the ocean. They are surrounded by grass and trees but are closer to the twoleg place than the other two clans.

Name: Flowerpaw (Flowerstem)
Age: 6 1/2 moons
Gender: Female
Rank: Apprentice
Mentor/Apprentice: Sandfur
Personality: shy, sweet, determined, sly, quiet
Appearance: She has a pale white-pinky pelt, with some brown spots around her paws and tail. Flowerpaw's underbelly is a grey color. She has piercing green eyes.
History: Her mother was a kittypet who met a rouge and fell in love. She quickly gave up the kittypet life and in no time was bearing his kit. During Flowerpaw's birth, her mother died. Her dad not wanting responsibility, dumped Flowerpaw on the nearest Clan. Flowerpaw is an outcast.
Kin: dead
Crush: -open-
Mate: really? She's only a 'paw!
Other:

Name: Pebblestar (was Pebblestorm)
Age: 27 moons
Gender: Male
Rank: Leader
Mentor/Apprentice: Slippaw (when paw)
Personality: Caring, loving, can be brutal in war. . .
Appearance: http://farm4.static.flickr.com/3212/3... . A brown and black cat with bold yellow eyes.
History (optional): Nothing of the odd.
Kin: Dead
Crush: when I ask
Mate: Look up^
Other: Had an old mate, Frostground. She died, and he might choose a new mate.

Name: Sandfur
Age: 15 moons
Gender: Female
Rank: Warrior
Mentor/Apprentice: Flowerpaw
Personality: Sandfur is strong and collected, she usually keeps to herself and likes doing her thin, her way, and if anyone tried to mess that up or tell her any different she'll claw the nearest object to threads. Shea is a confusing cat, so most cat's tend to steer clear of her. One minute she can be your best friend and in the next second she can be your worst enemy.
Appearance: http://specklestar1234.webs.com/Shea.jpg . A pretty dark brown tabby she-cat with light blue and Grey eyes and look very cold and distant.
History (optional): nothing odd.
Kin: Dead
Crush: When I ask.
Mate: Look up^
Other:

Name: Skywave
Age: 23 moons
Gender: Female
Rank: Medicine Cat
Mentor/Apprentice: Open
Personality: Skywave is very calm, quiet, and keeps her nose in her own business.
Appearance: http://m1200.photobucket.com/image/wh...
History (optional): Skywave was betrayed by Oceanclan and was left to die near EarthClan territory. She was soon found by the previous medicine cat of EarthClan, and he/she took her in.
Kin: ???
Crush: none
Mate: none
Other:

Hey! AnimeLunatic, i thought you didnt really 'like' warriors anymore?

Name: Sparrowpaw(Sparrowtail)
Age: 6 moons(Just became an apprentice)
Gender: M
Rank: Apprentice
Mentor: Needs one
Personality: He is loyal and clever. He is a good learner and is a great fighter.
Appearance: http://dingo.care2.com/pictures/c2c/s...
History (optional): None
Kin: Strikepaw
Crush: ?????????????
Mate:
Other:

Name: Strikepaw(Strikeflame)
Age: Same as Sparrowpaw
Gender: M
Rank: Apprentice
Mentor: Needs one
Personality: He is silent and keeps things to himself. He is very sarcastic and snappy
Appearance: http://silverpelt1234.webs.com/Oakpoo...
History (optional): None
Kin: Sparrowpaw
Crush: Wouldn't tell anybody.
Mate:
Other: 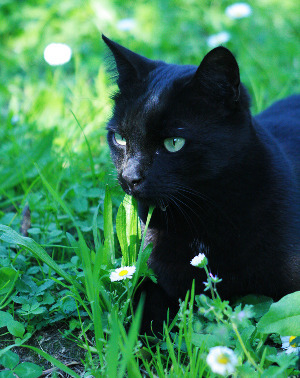 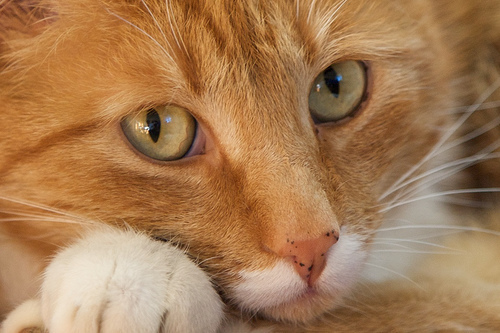 History:she lives in a old two legs house in the two legs place, she seen many wild cats been taken into the animal sheltter across the street. She is planning to free them knowing the belong somewhere els.
Kin:one brother that died after being ran over on the thunderpath
Crush: open
Mate: open
Other

have you had it

Mod
I can make a charrie that can mentor Sagepaw, but can I be deputy next?

It depends on who Whitetail wants. . ..

Demonfang-cut em up!! wrote: "Name: Sparrowpaw(Sparrowtail)
Age: 6 moons(Just became an apprentice)
Gender: M
Rank: Apprentice
Mentor: Needs one
Personality: He is loyal and clever. He is a good learner and is a great fighter...."

Mod
Name: Dawnpaw/smoke (Dawn of Rising Sun)
Age: 12 moons
Gender:Female
Rank:Apprentice
Mentor:NEEDED
Personality: Dawnpaw is quite clever, but can be very cocky when she is praised. Along with being full of herself, she is also a little selfish and self-centered. Most of the time though, she can be sweet and generous.
Appearance: 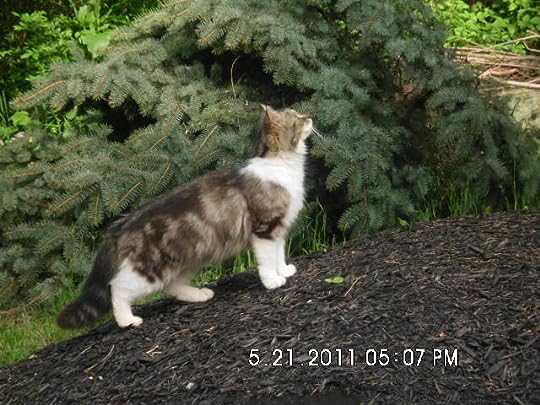 History: Dawnpaw was originally a tribe kit known as Dawn of Rising Sun. She was only in the Tribe of Rushing Water for a few moons before being taken to the Clans after her parents disappeared and there were no queens left.
Kin: Valley Where Wind Blows (Father, Unknown Location) Flight of Golden Hawk (Mother, Unknown Location) Tiger That Runs Swiftly (Tigerpaw, Brother)
Crush:Open
Mate:Open
Other: The disappearance of her parents is something that only a select few know about. She herself thinks she is Clan-born, but majority of the cats in her clan know she isn't.

Name: Brownpelt
Age: 22
Gender: Male
Rank: Warrior
Mentor/Apprentice: Smokepaw
Personality: shy, caring, loving but guarded
Appearance: http://m20.photobucket.com/image/a%20...
History (optional): Brownpelt was a small child, a set of four. His mom was a sickly queen, and those three caught her whitecough. The whitecough quickly turned to greencough, killing them. His father almost named his Lepoardkit--for the strength of LepoardClan. He eventually decided on Brownkit, in memory of his mate, Browncrisp. His father died in a war against CloudClan the day of his apprentice ceremony.
Kin: Dead
Crush: When I ask
Mate: ^^^^
Other:

Name: Smokepaw (Smokewind)
Age: 6
Gender: Male
Rank: Apprentice
Mentor/Apprentice: Brownpelt
Personality: prankster
Appearance: http://warriorcatsandgangs.webs.com/P...
History (optional): Smokepaw was a sickly kit. His littermates, Echokit and Gorgekit were quickly moved away, not to catch the cold. His mom eventually caught it, and while giving the other kits milk, made them sick. Since Smokepaw had moved onto real food, he didn't get sick and die. Out of anger, regret, and wanting to be with his mate, and partly forgetting he had an alive kit.
Kin: DEAD
Crush: *********paw
Mate: HE'S A PAW!!!!
Other: Is best friends with Flowerpaw.

Name: Bankfoot
Age: 10 moons
Gender: Tom
Rank: Medicine Cat Apprentice
Mentor/Apprentice: (Skywave? Since they're the medicine cat? Let me know if that's okay!)
Personality: Inquisitive, suave, diplomatic, mostly a pacifist. Dislikes violence, can get short with those who are overly violent or cruel. Can have a rather dry sense of humour. He can be a bit of a stick in the mud sometimes, isn't much for playing or joking around. He's the deadpand snarker.
Appearance: http://www.petside.com/slideshow/all-...
(American Bobtail)
Kin: N/A
Crush: N/A, but he holds his mentor Skywave in very high regards.
Mate: N/A

Let me know if this is ok, I've never done a Warriors RP before so go easy on me. :)

Mod
Bankfoot? And why does he have his full name and he's only 10 moons old?

that happnes alot in warriors i think

Mod
No it doesn't. they usually have more experience. And where did Veazey get the name Bankfoot?

I believe Firestar was 10 moons when I got his warrior name....

he was becus he lead the attack agains shadow clan

x3 I haven't read it in so long though

Mod
It never says how old they are so you aren't supplying facts.

Jaidyn The Reclusive One wrote: "It never says how old they are so you aren't supplying facts."

I didn't say it was fact I was just guessing

Mod
I was talking to Trinity.

Jaidyn The Reclusive One wrote: "I was talking to Trinity."

I can change the name if you want, like I said in my other post, I'm new to Warriors, so I probably get things wrong. I just liked the name.

Or, I can just make him older. It doesn't matter to me. XD;

Mod
You said "Same here and I would know." Meaning that that is what you thought you knew what you were talking about. Don't try to take it back when you said it and know you're wrong.

Oh, um, I'm sorry if my post caused some sort of dissagreement, but isn't "Please do not fight" in the rules? :(

Mod
Ok, I thought you meant like a bank-bank. Thanks for clearing it up for me :P

Oh, haha, yes, I can see where that'd sound like an odd name for a character if that were the case! XD