Oceanclan is similar to Riverclan. They swim, fish, and more. The camp is nearer to the ocean than the other two clans. They can fish in the ocean, and rarely cats get pulled out to sea. They're camp is also near a fresh-water stream where they go for water.

Name: Sunpool
Gender: She-cat
Age: 20 moons
Rank: Warrior
Personality: Fun and energetic. Loves to bounce around. She's very clever and fast but sometimes clumsy on her paws. She will hold a grudge for a long time and has a short temper. Her eyes are always smiling with mischeif.
Appearance: Sunpool is a slender and lith she-cat with bright golden tabby fur. Her tail tip is white and has a white streak under her eyes. She has a white under belly and paws. Her nose is a pale pink. Her eyes a a brilliant blue, they are deep blue until around her pupil the blue becomes almost white. Her tail is long and her ears are neatlly rounded. She has no scars.
Kin: Dead
Mate: closed til crush
Crush: Birdflight
History: Sunpool was an only kit, her parents were both killed by a badger attack only a day after she became an apprentice. She promises she will find the badger and kill it. She grew up without any friends or family, yet she still holds a bright attitude.
Apprentice: Seapaw
Other: 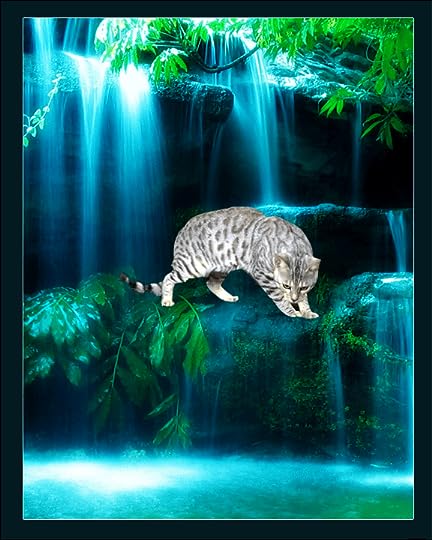 Name: Seapaw
Age: 7 moons
Gender: F
Rank: Apprentice
Apprentice: Sunpool?
Personality: She doesn't always agree with the warriors including her mentor. She does whatever she want most of the time. She is very laid-back and is sarcastic half the time.
Appearance: She is a thin, sleek light silver cat with shining crystal blue eyes.She has white paws and a long bushy tail. She has a light pink nose with darker silver fur around her muzzle.
History (optional):
Kin: None
Crush:
Mate: None.
Other:

Mod
Name:Crystalstar
Age:25 moons
gender:Female
Rank:Leader
Personality:Crystalstar is a caring and nurturing leader, but when something doesn't go her way, then you're so dead. Sweet and sour, all in one.
Appearance:
http://media.photobucket.com/image/wh...

History:Crystalstar is Half-clan.Her father from Earthclan, Tigerfrost, stole her when she was a kit. He thought he deserved her, and her mother, Sparsetail, didn't know how to raise her right. In a great battle her mother left and took Crystalkit with her. Tigerfrost found her, and attacked when she was sleeping, now that Sparsetail was dead he was able to take Crystalkit to Earthclan. When she reached 6 moons, her foster mother, Tawnyclaw, took her back to Riverclan to be raised in her birth clan. When she became an apprentice all the other apprentices teased her about being half Earthclan. Once Crystalshine became a warrior, she had to battle her father face-to-face. She was covered in blood and had a scar on her foot, but she prevailed. With her father dead, she had no more worries. She was as noble as all of the other warriors. Earning her position as deputy, she was well respected by her clan. Some still thought the evil Muddyface should have been deputy, but he had only cold blood flowing through his veins. When the leader died, she became leader and has worried about her father's blood interfering with her leadership. She worries he will kill her in her sleep.
Kin:Seapaw
Crush:OPEN
Mate:OPEN
Other:Crystalstar likes trout.

Idk about the mate but okay for the crush :)

really who removed me

idk i couldnt find you DDD: send me a friend request!

weird. I accepted you!!

LOLLOLLOLOL but i think she looks a little too much like Sunpool :(

ok how about this

yep and diffrent from others

Name: Hawkfeather
Age: 24 moons
Gender: F
Rank: Warrior
Apprentice:
Personality: She in fierce in battle and one of the greatest hunters in the clan. She is very sweet and gentle to her clanmates.
Appearance: http://www.pictures-of-cats.org/image...
History (optional):
Kin:
Crush: BirdfligHT(Isn't he popular?).
Mate:
Other:

more drama who will get who find out in the rp

*face palm* this better not get out of hand

i hope not i can live with out to much

some one needs to make a med cat 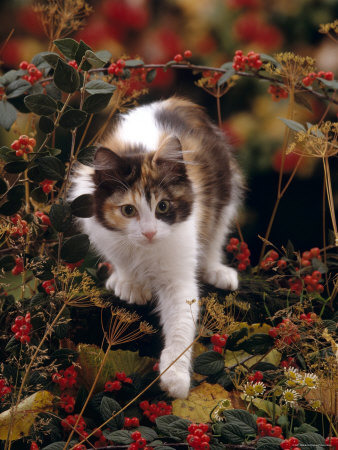 History (optional):
Kin: None
Crush: Open
Mate: Too young
Other:

A note about being Shiverheart's apprentice: You will not become a warrior, but a medicine cat.

reply | flag *
message 45: by [deleted user] (new)
Aug 16, 2011 08:05AM
Name: Nightwing
Age: 25 moons
Gender: Male
Rank: Warrior
Mentor/Apprentice:
Personality: Level headed, kind, loyal, considerate
Appearance: Nightwing is a very tall and sleek tom. He is built for speed, but still a good deal of strength. His pelt is silky black short-hair that gives off a blue luster. There are two small splotches of white on his chest that look like a pair of wings. His eyes are a deep emerald green with an aqua blue ring around the outside.
History (optional): Doesn't ever talk about it
Kin:
Crush: Open
Mate: Open (After crush)
Other:

Name: Fawnpaw/ Fawncloud
Age: 7 moons
Gender: Female
Rank: Medicine cat Apprentice?
Mentor/Apprentice: Med. cat
Personality: Fawnpaw is gentle and sweet. She is quick witted and cunning, so she is good to get out of tough situations. She is calm when panic arises and is always willing to help.
Appearance: (Will find later.)
History (optional): Her mother died during birth, her father is still alive. Her sister died of greencough. She wanted to help them so bad, but there was nothing she could do. That's what made her strive to be a medicine cat, because she always wants to help.
Kin: Open
Crush: None!
Mate: None!
Other: None..

She can be the med. cat apprentice. C:

reply | flag *
message 49: by [deleted user] (last edited Jul 24, 2012 04:06PM) (new)
Jul 24, 2012 03:15PM
Name:Waterpool
Age:23 moons
Gender:female
Rank:Deputy
Mentor/Apprentice:OPEN
Personality:She is not afraid to speak for herself she is the complete oppisote of shy you woul be crazy not to like her
Appearance:she has a Silver pelt with amber eyes
History (optional):
Kin:Open
Crush:Open
Mate:She can't have one but she can still have a crush
Other:I don't know