Mod
Everyone wants their 15 minutes of Fame.

reply | flag *
message 2: by [deleted user] (new)
Jul 09, 2011 01:46PM
Name: Mckayla
Gender: F
Age: 15
Appearance: http://data.whicdn.com/images/6527300...
Personality: Funny, nice, adventurous
Occupation: Actress
Background: Comes from California and was upper midde class. Though she was upper middle, they budgeted so that they could do fun things. Mckayla was acting for a taken show at her school and a acting manager had walked in during her performance. He wanted to sign her and she agreed.
Family: Just her parents and her
Friends: She's friends with everyone
C/R: None yet
Other: 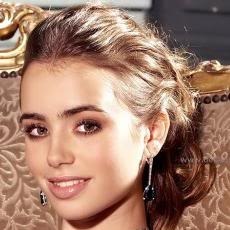 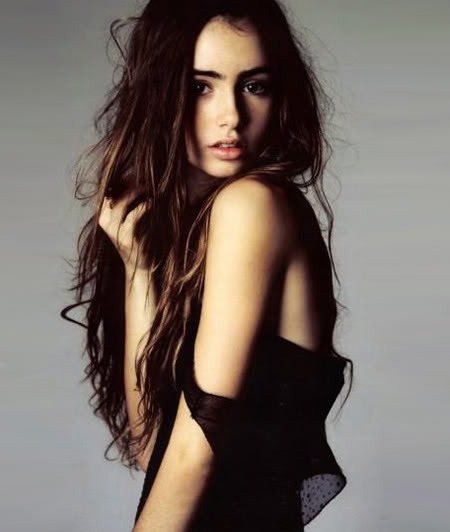 Personality: She is sweet,fun and flirty.She loves to play seductive girls in movies. She always speaks her mind and is rebellious at times. She hates the papazarri but loved that there was a rumour she was dating her Twi-night co-star Taylor Lautner.

Occupation: An up and coming Model,Actress and Singer
Background: Her first big role was in a blockbuster movie, Twi-night. She modeled for big names like Ralph Lauren. She was a singer before all of these and is currently working on her debut album. She has lived in California her whole life. Her mother and father got her into the business since they both are famous.

Name: Jack
Gender: M
Age: 18
Appearance: http://pu.i.wp.pl/k,NzQwMDE0MzgsNDg3M...
Personality: quiet, funny, curious
Occupation: actor and site model
Background.: Grew up in a big town in Miami, Florida. He began site modeling for different sites. His dad's friend saw him act and got him into acing. Since then he's mainly been in horror and comedy movies.
Family: Dad: Ben, Mom: Amber and himself
Friends: whoever he trusts
C/R: not yet
Other:

Personality: Sweet, but hotheaded, adventurous, eclectic, funny. Doesn't mind the paparazzi, or the fans, or the rumors, because she doesn't care what people think.

Background: Started modeling at age 5. When she was 13, she started acting in the plays at her school and eventually decided to become an actress. Her big break came as a regular on the show "Felonious Minds," which she still stars on. As well as TV she also has had rolls in Indie Movies such as the horror film "Sprice," and the comedy "The Nephew's Are All Right."

C/R: Not looking for anyone to date. Adrienne has stated in numerous interviews that she was not interested in dating. "I just want to focus on my career, right now.

Occupation: Actor
Background: Him and his twin brother, Austin, have been acting since they were 2 years old. They got their fist start on a soap opera. So after their first start they were an instant hit. After their 10 year contract was over they became huge stars. Caleb got into T.V shows and Austin became the movie star. When they were 14 they won their first Oscar. Their family is purely irish. Their family was royalty in Ireland and still is. They have a castle that they visit every now and then. Now his parents and family own a successful real estate and banking business. They are filthy rich.

Family: huge family, mom and dad, twin Austin.
Friends: from the soap opera and t.v shows he's been on. and A-list celebrities.
C/R: open
OTher: has a celtic cross tattoo on his chest to represent his irish culture.

Appearance: http://www.who2.com/blog/assets_c/201...
http://www.foreveryoungadult.com/wp-c...
Personality: sweet, nice, caring, outgoing, not rude, tries to stay away from Hollywood drama (and yet manages to be an A-lister)

Family: same as Caleb, twin brother caleb
Friends: some from the soap opera and movies he's been in. And Other A-List stars.
C/R: open
OTher: is older than Caleb by 3 minutes. Has his family coat of arms on the back of his shoulder.

Personality: Melody (or Mel) loves to be in the spotlight. She's has a very "look at me" attitude, and sometimes she can be rude. But most of the time, she's very flirty. She has a bright personality that attracts many people, male and female, to be friends with her.

Occupation: Singer/Actress
Background: She grew up on a farm, meaning she has a love for animals. Her mother knew that she would end up famous someday, so she did her best to raise a down-to-earth celebrity instead of a stuck-up snotty rich girl. Melody still prefers to live on a farm and take care of animals, though she currently resides in a mansion on the beach.

Appearance: [image error]
Personality: She prefers to relax, get to know people, hang out and have fun on her free time. She is more down to earth than people think but her facade is to keep certain people away. She can be shy but her boldness shows through most of the time.
Occupation: She works at a bar
Background: She worked in a small town in a bar and did small gigs to entertain people. She loved her small town comforts but a guy broke down one day, saw her and offered her jobs for modelling. She had to think about it and she has never regretted it since, but it didn't last long when she found it was only a one time thing.
Family: Sister, brother, mother.
Friends: None
C/R: Single and Straight
Other: Rides a motorbike

Appearance:[image error]
Personality: He is very charming around the ladies and can sometimes be a bit cocky. He loves to be the centre of attention most of the time and thinks everyone knows him. He can be kind and caring but you have to squeeze it out of him.

Occupation: He is an actor and a model
Background: He lived in a small town and found that in school he liked gettign the attention even though he wasn't the popular kid, but after a while he finally became the popular guy. However deep down he was ust insecure about getting beaten up so he thought he'd entertain the bullies to stop them form hurting him. Someone saw his talents and highered him at the age of 10.

Family: Mother, father, brother, sister
Friends: James
C/R: None - single but in the papers he's with a girl named Alisha that he hates and vis versa
Other: ...