SURE, I gotta go find a pic. :) Actually Imma make a warlock

Name: Aalina
Age: 17
Gender: F
Species: Warlock
Personality: I have to say to be rped becuase I never know what their personalitly is until I rp them, sorry, I'll change it when I know :)
Apperance: 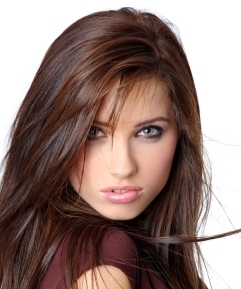 Powers: The Elements
Other: British (I love british accents)

Mod
Name: Darcy Drew
Age: 15
Gender: Female
Species: Fairy
Personality: She's kind, caring and loving. She'll do anything to help out a friend. She loves meeting new people.
Apperance: She has long curly brown hair and green eyes. She has dark skin and a short stature. Her face is thin with delicate features. She walks gracefully, almost as if gliding.
Power(s): She can make things change colours and manipulate small things, nothing too fancy.
Other:

Is is too late to join in on this one?

I'll just make a charrie and wait for an opening so it's not awkward...


Name: Evangeline (Eve, or Evie)
Age: 17
Gender: female
Species: werewolf
Personality: TBRP (because I haven't figured it out yet.)
Appearance: http://www.google.com/url?source=imgr...
Powers: (For mythicals) None, that I can think of at the moment.
Other: is related to either Ben or one of his pack mates... It's up to Cassie


Yeah okay...plus I wanna make sure it's okay with her that I am a relative of Ben.

Cassie :D wrote: "She can be related AND one of his packmates! What the relation? Siblings?"

Name: Dante
Age: 14
Gender: male
Species: shapeshifter
Personality: His very shy to people that are new to him. He doesn't care for meeting new people much. He likes being around his big SIS and his very scared of a lot of things.
Appearance:
http://m207.photobucket.com/image/emo...
Powers: only shift into animal. He also can control the element of fire and lightening.


Name: kida
Age: 18
Gender: female
Species: shapeshifter
Personality: protective of her little brother Dante. She very social butterfly with almost anyone. If she doesn't like someone that will be very rare.
Appearance: http://m1106.photobucket.com/image/sc...
Powers: just like her brother

Name: Ophelia Davids
Age:17
Gender: Female
Species: Ghost
Personality: She can be she when you first meet her but she can be very nice when you get to know her. She doesn't know how she died and can get very confused at times. Just don't get on her bad side. She can be very moody and emotional, from bitchy to loving.
Appearance: [image error]src=http://www.gothik.ws/images/Cliparts/...
Powers: Mediumship, invisibility, telekinesis, and able to posess and curse people. She also has a sonic scream that cause temporarily deafness.

Name: Ed "Eddy" Lynk
Age: 19
Gender: Male
Species: Unknown
Personality: New around town. Ed is totally awkward. He seems to be nervous and doesn't know some of the simplest things though he is extremely intelligent. He's known for being weird and mysterious, a very conspicuous character in the neighborhood. He wears a lot of cyber goth, steam punk, and harajuku clothing. He sometimes speaks in a foreign language and his voice is always in autotune, he said he was a mute but had surgery. He is very kind and protective, of people and his many "secrets". And, he is an expert with any form of technology.
Appearance: [image error]src=http://www.hemmy.net/images/fashion/h... )(He does remove his mask. Also, he is extremely tall at 7 foot.)(
Powers: That's what makes him even more mysterious. He can do many different things but on thing he's great at is absorbing others powers or talents. He can also, drain the powers of others. He doesn't like to drain but does it in times of need.
Other: Has many weird obsessions and eating habits.

[Reginleif Wutsen]
Age: Unknown
Gender: Female
Species: Valkyrie
Personality: Regin is fierce and sassy, but appears to be laidback for the most part. She's curious about almost everything because knowledge is power. Despite her lightheartedness she does have her darker side and tendencies.
Appearance: Short in stature with small sharp claws, and pointed ears, she makes up for her height with attitude. Her eye color ranges between gray and a crystalline blue and her hair is a golden brown that is cut short to her shoulders in a layered cut.
Abilities: Valkyrie do not generally consume food or drink though they can if they wish. Their real nourishment is electricity. When angered their eyes will begin to spark and they tend to throw off lightning bolts which is swiftly followed by thunder. Although short, their preternatural strength and extreme speed serve them well in times of war. Weaknesses include jewelry and many Valkyrie train to keep focused on their goal rather than becoming mesmerized by gemstones.