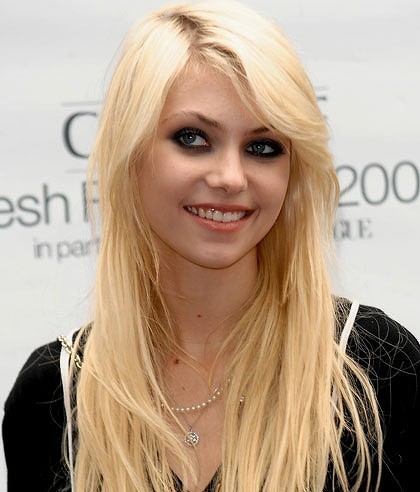 Personality: a work in progress
Powers(3 MAX): can cloak herself in darkness, super strength and reads minds
Weaknesses: she gets distracted easily, so cute puppies and such
Talents: cooking, running fast, musical, smart
Crush: open
Other:

Name: Madeline (Goes by Lin, thinks of the name Madeline as the life she left behind) Strifer

Appearence:
http://fc06.deviantart.net/fs26/i/200...
http://fc03.deviantart.net/fs70/f/201...
Lin is a beautiful young woman(in appearance) with fair skin and long dark hair. She is usually noticed for her musical talents or her looks alone, standing out easily in a crowd, though she is usually left alone because of the dark aura of death that always seems to surround her, atleast, thats what people have explained to her.
Hair: Rich chesnut brown
Eyes: Deep forest green
Height: She stands at an oddly un-intimidating 5ft2in

Personality: Lin is a difficult individual to understand. She came from a strict, sexist and abusive family and is a well known pessimist. Her emotions also tend to either be non exsistent or all over the place, and she has trouble explaining herself.
She usually hides behind a mask of indifference, and has a horribly short temper, sometimes going so far as to chuck the instigater out a window, or punch them square in the jaw.

Powers(3 MAX): (Aside from the vampiric abilities)
-"Kiss of Death" :She can simply touch something alive with her bare skin, and draw the lifeforce from it. By doing this she heals herself, replenishing her own lifeforce.[She can kill a vampire if she holds onto them for a full 5 minutes. It takes her 2 minutes to drain a were-wolf and less then half a minute to kill a human.]

Weaknesses: Children and people who remind her of her father (Calm, cold, collected, very business-man like) she really doesn't like fire also.

Crush: I dun know, whoever. Open!

Other: She has a soft spot for children and even opened a few orphanages with the millions she has hidden. She can usually be found volunteering or teaching children.

Name: Damon
Vampire Age: 540
Human Age: 25
Gender: Male
Looks: [image error]
Personality: Damon is a very closed off and quiet being, though he does frequently make snide or sarcastic remarks most of the time. He has this 'signature smirk' of his he displays when he is being cocky, or stating something teasingly.
Damon does however, have a bit of a reputation as a womanizer. Personality wise, Damon is described to be sinister, dangerous, generally unkind, care-free and unsympathetic. Some of Damon's other basic personality traits include sadistic and impulsive. Damon is a seductively charming and a very dark, compelling character.
Over the many centuries that he has lived on Earth, Damon uses whatever and whoever he can to get what he wants; not caring about who he hurts in the process. Because of his highly vain personality, Damon often resorts to either the use of manipulation, threats, or direct coercion or force in order to get his own way. However, when Damon does not get his way, he resorts to extreme reactions of anger, envy/jealousy, vengefulness and intimidation. He generally acts flippant, arrogant, and constantly plays word games, especially when it comes to dancing around an issue, and even more especially when that issue involves his real, true feelings or his intentions on or about a serious subject.
Yes, Damon does like anyone and everyone else, have true feelings although they are always hidden, and kept locked away. His personality has resulted like this because Damon has gone through so much in his life, especially when he was human. He was betrayed by the 2 people he loved the most - his own brother and the woman he used to love.
Powers: Like all vampires, Damon has the power of persuasion and immortality, as well as increased strength and speed. He also has the ability to control others' minds with his eyes.
Crush/Mate: For Damon there’s no such thing as "the right one" or "the love of your life", there’s nothing more than physical attraction and tolerance at the very most. He claims that he had never been in love and isn’t planning on doing so... Yet.
Other: He can turn into a raven.

Yeah, happens a lot to me aswell.