Mod
Name:
Age:Battlecry
Gender:Male
Type of wolf:Grey Wolf
Rank:Beta Male
Pack:ShadowPack
Looks:
[image error]
Personailty:Battlecry is a battle scared wolf. He is tough, mean, and he can rip you to shreds. He can be nice at points but most of the time he isnt.
History:
When Battlecry was born he had two siblings a mother and a father. Not even three weeks after he was born the pack was attacked by Forestpack and his siblings were killed. Battlecry escaped with just a scar above his right eye and they one. His mother soon disappeared and no one ever saw her again and no one knows what happened to her but he thinks Forestpack took her for revenge and he plans to find out someday even if he as to destroy the whole pack. Battlecry's father ignored him for the rest of his life and when he did talk to him he forced him into hard-core training with loner wolves to make him stronger. Battlecry would come back to camp with broken bones, scars, cuts, and gashes, and he could never tell anyone or his father would get exhiled. Battlecry didnt care if his father was exhiled but if it was for something he did, his father would hunt him down and kill him. Eventually his was banished for trying to steal food from the Alpha but Battlecry has still kept the secret.
Kin:None but his father and no one knows where he is.
Mate:none
Crush:Open
Other: He has a deep scar above his right eye, he is missing a claw on his front left paw, and his back right paw is pretty screwed up, it has no fur on it and it has a gash that goes down half his leg. ((all from the training))

Mod
Name:Shikoba(or feather)
Age:Young Teen
Gender:Female
Type of wolf: Grey Wolf
Rank: Hunter
Pack:ShadowPack
Looks:
[image error]
Personailty: Shikoba is in no way shy, quiet, or wimpish. She is very brave and will do what she wants when she wants. She is a hunter because she is fast but she should be a fighter. She is ver strong and tough. Shikoba can take alot of pain and she will. She likes rebels and she can get away with alot.
History: Honestly nothing important.
Kin: Skull(mother)
Mate: none
Crush:open
Other:

Name: Blitz
Age: 4
Gender: Female
Type of wolf: Grey Wolf
Rank: Healer
Pack: ShadowPack
Looks: http://www.google.com/imgres?imgurl=h...
Personailty: The only wolves she really truely likes is the wolves in her packs. She doesn't really care for outsiders, definetly not wolves of other packs. If you get on her bad side she will make you regret it.
History: When she was a pup she became very sick, the illness made her lose her sight. Her mother decided to leave the pack soon after Blitz became blind because she thought she didn't deserve to be in a pack if she couldn't even produce healthy pups. Blitz strived to prove that she could be a atrong wolf even without her sight and definetly succeded. She copes so well with it that it is sometimes hard for wolves to know she is even blind.
Kin: None
Mate: Open
Crush: Open
Other: Nothing

Name: Riley
Age: young Adult
Gender: Female
Type of wolf Grey Wolf
Rank: Beta Female
Pack: ShadowPack
Looks: [image error]
Personailty: Riley is a really Rilled up hyper female she loves to play,fun and do anything, she is a really strong and tough female wolf as well. she is maybe a tad less strong then the Alpha Female. she is a really smart and clevor girl. she is a geart Beta and yeah she is just outstanding
History: Riley was found by the old leader of this pack she was about 8 weeks old when her mother died, she was fisty when she was a pup, but anyways the old leader found her and took her in at one of there pack memmbors. she has never told any wolf how or what her mom died from,but she dose know she wached her mom die with her own two eyes.
Kin: (dead)
Mate: Open
Crush: Battlecry
Other: 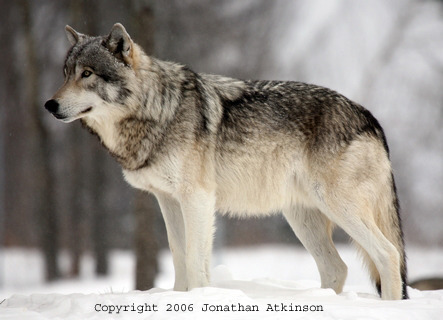 Personailty: Amaroq is outgoing and brave. He is a swift killer and a fast runner. He is very active and has sharp canines. He is serious most of the time and has no time for fun. He will do anything to help his pack and is always up for a little friendly competition.
Kin: Has a little sister, she's a pup and always gets into trouble.
Mate: Open
Crush: None

Name:Edon
Age:Teen (1-2)
Gender: Male
Type of wolf:Grey
Rank:Hunter
Pack:Shadow
Looks: [image error] (Red one)
Personailty:He is vary open but is shy at moments.He is a vary good hunter as well as fighter.
History: He was born into the back and rasid as hunter.He really want's to be Alpha,He likes Feather alot and hopes to one day be her mate.
Kin: None
Mate:
Crush:Raven
Other: 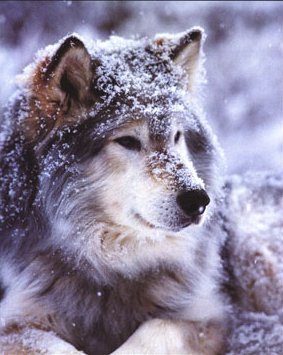 Personailty: He is a wise, he is kind and is always in a good mood
History: When he was younger he was kicked in the head by a deer and elk, then was a attacked by a hawk.
Kin: open
Mate: none
Crush: none
Other: 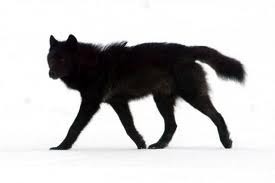 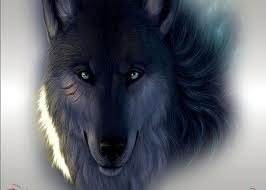 personalyt:killer ,nice
mate : open
crush:
kin:none
History:She was born in the pack but her parents died when she was young.Is not the wolf to mess with.

Name: Zack
Age: 4 years old
Gender: Male
Pack: ShadowPack
Rank if in pack: Alpha Male
Personality: Zack is a brave male, he wont let anything get in his way. he protects his pack he will though his life away just to save them. Zack can be a little mean. He is really smart,brave,tough and really good at leading his pack.
Appearance: [image error]
History: Zack was born into this pack,his father and mother were leader of the pack after they died saving the pack he took over there spot at the age of 2. he was ready for almost anything. Zack still dosnt have a female he needs to find his Alpha female.
Kin: Alonso (father) Miah (Mother) boath died from a hunter.
Crush: Skull
Mate: Skull
Other:

Note: got this name from Kooilo Wolves RP the person with the wolf's charrie named blade is Fairstep (Hope)!!! Amazing name hope!


Name: Blade
Age: 2
Gender: Male
Type of wolf
Rank: Omega
Pack: ShadowPack
Looks: [image error]
Personailty: Blade is a really low cast and gental wolf, he does not like to hurt antrhing,or fight, he hates fighting, Blade is smart,funny and carring about other wolves. he can be really shy at times but when you get to know him better he is a really sweet wolf.
History: Blade was the only wolf born from Kara, his mother. Kara died soon after blade was born from lake of eating and being away from her pack,Kara wasent playning to have any pups, she was Also amn Omeaga. Blade got his name from his mom, Blade's father was strong,smart,brave and tough, Kara thinking he will end up like his dad so she named him after his dad,Blade, but it turns out Blade ended up more like his mom.
Kin: Kara : (mom), Father (Blade,Unknown)
Mate:
Crush:
Other:

Name: Raven
Age: Teen
Gender: Female
type of wolf: Mixed breed
Pack: Shadow
Rank: Hunter
Appearance: [image error]
Personality: Raven is a smart female,she is good at sniffing out thing,finding things and hunting she is a really good hunter for her age,snart,quite, and calm, Raven has a really big heart she will not strick or snap at anyone,well unless she has to and when she does she can be brutal.
Historty: Not mucj is known from her history. her mother hade a little of two and her brother died from falling into the river and drownding when he was 2 months old. Raven never know her father. a couple of weeks ago raven's mother died from a hunter, Raven watched her mother die she wished she coukd of done something but she was to scared and she blames herself for her mothers death.
Kin: Layla (mother) Father,unknown
Crush: Open
Mate:
Other:

Name: Skull
Age: 6 years
Gender: female
Type of wolf: Grey wolf
Rank: Alpha female
Pack: ShadowPack
Looks: http://24.media.tumblr.com/tumblr_lkz...
Personality: She is quite mean, most wolves stay away from her even the pups. When ever she gets in a fight most of the time she comes out the winner or she seems that she isn't hurt. She doesn't show most emotions at all to ANY wolf.
History: When she was young her family died and some say that is what triggered her anger. The rest she doesn't talk about and if you ask then she'll rip you apart.
Kin: Shikoba (Daughter) Zack (Mate)
Mate: Zack
Crush: Zack
Other: She is covered in scars and is blind in her right eye (All scars are linked to fights...)