For the people who are Addicted to Role Plays. discussion 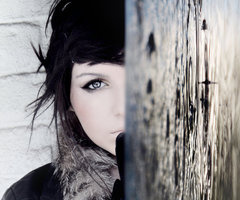 Personality: you'll see
Other: Although she's human, she has the very odd ability to sense and experience other people's emotions.

Name: Salem Brooke
Age: 17/18
Gender: female
Appearance: 5'9", dancer's body, silver curly/wavy hair that falls halfway down her back. Silver eyes. Full lips. Faerie-like facial features.
Personality: It'll be obvious, I hope. :)
Specialty/Power: Salem can read the minds of humans and SOME vampires. She sometimes has visions of the future, though most of her visions tend to be of the past.
Other:

Name: Elizabeth (Eliza) Weston
Age:looks 17 but is 340
Gender: Female.
Appearance: http://www.google.com/url?source=imgr...
Personality: TBRP
Specialty/Power: She has healing powers.
Other: has a dark past, so if she's anti-social don't take it personally

Mod
I'm sick... and looking at my wall of hot men for inspiration... *headdesk*

Name: Jason
Age: looks 20-ish... but is really 94
Gender: Male
Appearance: about 5'8" and there'll be a picture at the end, because it has both my guys in it
Personality: However cheesy this may sound, Jason is very much like me... so yeah, hopefully it will all fit when I start, haha
Specialty/Power: He is a beautiful singer... aaaaaaaaand I think he can turn into some kind of flying thing... like a bird of some sort....
Other: Next one, there will be

Name: Michael, goes by Mike
Age: looks 20-ish but is really 93
Gender: Male
Appearance: Jason and Mike being damn sexy together
Personality: Ugh... Mike. He likes to have "eye-sex" which basically is him looking at you weirdly and you feel like you've just been raped... well, not raped, because I liked it... *cough*
Specialty/Power: He can turn into a silver timber wolf, Likah theeees
Other: Mike and Jason were both turned at the same time after something happened to them during WWI... I'm too tired to think of what, though... *fail*

Mod
Kay. Just checking if I'm right or not.

Is Jason the first guy, Mike the second?

Mod
Same. Then again, they've been like that for about 30 years... yes. They're OLLLLLLLLLD

Mod
Still sexy, none the less, however.

Holy crap... That makes Mike a pedofile! Eye-sexing teenagers, who might be innocent little freshman wondering why the crap he was looking at you like that.

Mod
Then when you're a not so innocent about to be Junior thinking, "Oh, Mike, you goon," the proceed to flirt with him from 3 feet away and 4 feet below. Then you flirt with Jason, because he is your fave and he likes Star Trek and you would be perfect together if he wasn't Jewish. Me, racist? Yes.


And oh my gosh you made me think about school. I can't believe I'm going to be a Junior. It's so weird. And Sophomore is more fun to say. :)

School is...not fun. Except for lunch.

Mod
*pats shoulder* You will.

Mod
I have to if I want to get married next month.

Mod
That sucks. That you won't be able to go.

Mod
I hoep you will be able to!

For the people who are Addicted to Role Plays.