Powers:
1) Ok, her magical gift is a power inside her that she has from birth; every time she kneels in front of a sick or injured person, a light shines from in her and the person is healed. The twist is that each time she uses this ability; she takes the injury herself and must wait until she is better to do it again. The power inside her heals her quicker than normal and prevents life-threatening diseases, but she still faces weeks of pain if she contracts one.
2) She can run faster than a lightning bolt in human and shapeshifting form

Attitude: Tyler is sassy. She gets her way and she knows it, kind of like a human with compulsion. And while she is a good friend, always comforting her friends who pour out their heart to her, she never does the same to them. She likes keeping her secrets and fighting them herself. She is very good at hiding her emotions, seeing tears as a sign of weakness. She is a leader. Others follow her. She loves combat but also loves reading, shopping, drawing and street racing. She has a great way of giving whatever she is doing her 110%.

Bio: Her parents were self centred bitches and they couldn’t be fucked paying for all the hospital bills because Tyler kept on getting wounded from helping injured people and turning into animals that her mother was allergic to so Tyler's parents left her in front of the church. The church took her in but one of the new priests that joined the church after Tyler lived there for a year, tried to rape her so Tyler ran away and she was only 12. She found this place for creatures like her and lived here ever since. It’s the only place she gets to call home.

Weapons: Her fists but she keeps a Golden Whip that glows on her belt and a Persian knife on her thigh.

Other: She keeps a bowl of fishes in her room as well as a Persian black baby cat that she named Midnight She has a great love for animals but this is one of her secrets. She doesn’t show much attention to them when she is around people but when she is alone she loves to play, nurse, and talk and sleep with them and to protect them from harm.
Appearance of Cat: [image error]

Shapeshifting Animal
Information: The animal that she loves to shape shift into is a Jaguar. When she does turn into a Jaguar her eyes turn into this Violet colour and they glow. 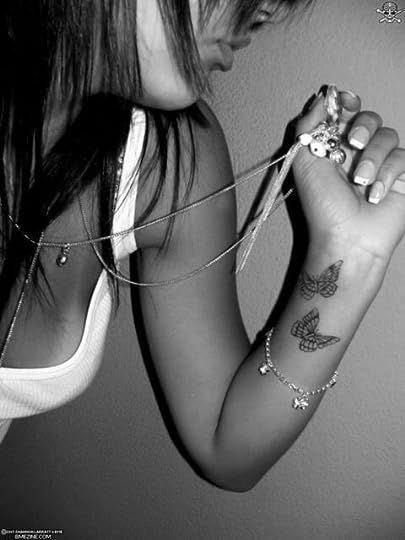 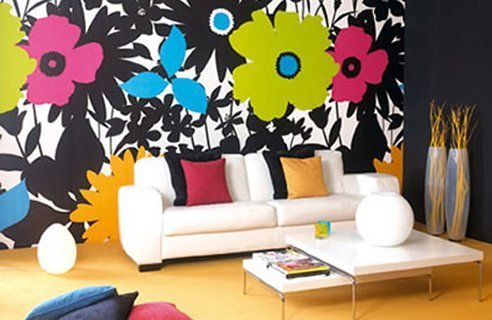 p.s Tyler is a girl

Tyler walked up the steps to her bed. Holding her little kitten in one hand and the other holding the railing.

Jason jogs over. Grinning from ear to ear. He knocks on the door.

Tyler places Midnight onto her bed and jumos down instead of tacking the steps. She walks up to her door and opens it.
Tyler cracks a smile as she sees a boy, face flushed with a smile on hos face.
"Yea?"

Alec knocks on the door,leaning againt the wall.

((WHat if we make it they know each other?))

Tyler looks at Alec.
"Yes? Oh! Hi Alec! WHats up?" She asks openeing the door wide to the guys.

Tyler raises and eyebrow and nodds at Jason.
She looks at Alec.
"Care to join me?" She asks him.

Tyler laughs. Looking at Alecs fangs allways bring butterflies into her stomach. For some reason the sight of fangs excite her. She motions them in and closes the door behind them.
"So what ybrings you all here?"

reply | flag *
message 17: by [deleted user] (new)
Jul 01, 2011 06:43AM
Alec walks into the room,squinting at the sunlight slightly"Of course"He mutter as he sits in the chair cloaked in shade"So whats happened since the last time i left?"Alec asks them

Tyler sits on her little staircase. She culd hear Midnight hissing at Alec. Tyler throws a woolen ball at the little kitten.
"Stop that Midnight! That no way to treat our guests." Tyler scolds. Midnight shuts up and goes to hide under the bed. She shruggs at the boys.
"Sorry."

reply | flag *
message 21: by [deleted user] (new)
Jul 01, 2011 06:50AM
Alec frowns"Hmm,that cat used to be much nicer"He says,hokding out a hand,his shadow reaching under the bed and taking the kitten back into the open,twirling the kit around softly with the shadow.
((Can on of you do me a favor.My computer isnt letting me attach photos to comments,and i was going to make my room.Can one of you get the photo of of google images when i tell you?))

Tyler turns her attention from Alec to Jason. She gives him a warm smile.
"If you wet my carpet i will personnaly kill you." She laughs then winks at him.

Tyler.712 wrote: "Alec frowns"Hmm,that cat used to be much nicer"He says,hokding out a hand,his shadow reaching under the bed and taking the kitten back into the open,twirling the kit around softly with the shadow.
..."

reply | flag *
message 26: by [deleted user] (new)
Jul 01, 2011 06:56AM
Alec smiles"Come on,we have been friends for what?8 years?You couldnt kill him or me"He says tauntingly.
Leaning back in her chair.
((Cool,just make a new tab and go on google images,then type in bedroom ides and scroll down to where it says page 7,it should be the second one on the left hand side,the one with the black bed in the middle of the room.My room is in vampire dorms))

Tyler laughs at the boys.
"So guys! Why did you all really come here for?" she askes raising her eyebrows.

Tyler narrows her green eyes at them.
"Spit it out!" She ordered, crossing her arms across her chest.

reply | flag *
message 30: by [deleted user] (new)
Jul 01, 2011 07:03AM
"Well I came to say hello,and wanted to ask if you knew anything about the hunters"Alec says calmy,running a hand throw his hair in fustration"They've been after my as more than usual"He says
(Thanks,you found it?)

Tyler places her elboys on her kneees and her chin on her hands.
"Hunters? Are you serious? Their still after you? I thought we got rid of those basterds last winter?"she told him.

reply | flag *
message 32: by [deleted user] (last edited Jul 01, 2011 07:16AM) (new)
Jul 01, 2011 07:15AM
(Yeah,those are the only two colors in the room pretty much)
Alec shakes his head"No,and this time,there sending demons after me,which creates a bigger pain"He says,opening his eyes,purple eyes troubled"If this continues they'll send wolfpacks after as well"Alec say annoyed

Jason shakes his head. "No. I haven't but the vmap guardian and the hunter guardian won't let anything happen. They shouldn't anyway."

Tyler gives him a sad smile. She comes and gives him a hug.
"Well, is there anything you want me to do? Like kick there stupid asses. Mybe if we get rid of the first party they might let it go." She said, squeezing his arm.
She sat on the floor, troubled thinking about waht to do and how to help her freind.

reply | flag *
message 35: by [deleted user] (new)
Jul 01, 2011 07:22AM
(No,the bed is circular)Alec smiles and hugs here back"It may work,but for that we would have to go to the forest and hunt them there"He says,tapping the knives on his belt.

reply | flag *
message 36: by [deleted user] (new)
Jul 01, 2011 07:29AM
Jason frowns. "You can't hunt the demons. One of them is one of my friends. Or do you mean spirits? There have been a few nasty ones getting around." He snarls remembering the encounter he had not long ago.

[oh!! I know which one ur talking about. And um can i post it up tomoro bec i got busted and im on the phone noW. Ill do it first ting tomoro morning. Yea?]

Tyler laughed and turned her hand into a black paw.
"miaw!!" she giggled and looked back at him.
"anything for my mates and ill do anything that involves kivking ass....expecially those hunters!!"

reply | flag *
message 39: by [deleted user] (new)
Jul 01, 2011 07:33AM
"Im talking about the hunting species,like the scorpian creatures and the abyess hounds.Things with emotion.only bloodlust"He says,pulling up the sleeve of his white hoodie to show large claw marks and bullet wounds,overlapping each other.

Tyler strokes Alecs scars with her forefiner. She narrowed her eyes and let out a frustrated sigh.
"Yea.......i know." she whispered into the air. She looked back at the boys and gave them an encouraging smile. She winked at Jason.
"so...are we a team or what?" she asks

"Owies..." He grins. "Sure." He jumps up and moves smoothly to the window. He shifts into a completely black peregrin falcon.

Tyler gets up.
"ive got nothing better else to do." she says shrugging.
"ill meet you in your room Tyler?" she asks opening her door.

Tyler picks up her keys to her room and runs out the door, locking it behind her. She sprints to the Vampires dorm and then slows her pace to find Alecs room number.