reply | flag *
message 5: by [deleted user] (new)
Jun 30, 2011 11:43AM
Name: Leanne Chargreid
Age: 16
Gender: F
Experiment: Heart, the experiment makes my heart stronger and almost impossible to destroy.
Persona: ((Is this personality?)) Funny, smart, outgoing, caring.
Appearance: Blonde hair, green eyes, tan body, 5'6". 110 lb.
Views:She wants to be like everyone else. She thinks it's cool, but she wishes it never happened to her.
History: Unknown.
crush/bf/gf: Anyone.
Other:

Woa this is a crrrraaaaaazzzzzy topic!@

Name: Xerena Anerex
Age: 17
Gender: Female
Experiment: her skin is made of metal. It is indestructible and enhances her reflexes.
Persona: tba
Appearance: http://quizilla.teennick.com/user_ima...
Views: HATES BEING A CLOCKWORK
History: Her father was a coward and traded her to save himself from becoming a clockwork
crush/bf/gf: open
Other:

what is up with you and the changing hair colors?

reply | flag *
message 16: by [deleted user] (last edited Jun 30, 2011 10:38PM) (new)
Jun 30, 2011 06:00PM
Name: Kally
Age: 15
Gender: Female
Rank/Squad: Squad Z, General
Personality: Kally can be funny and sarcastic, and loves messing with people but is serious when it comes to clockworks and work itself. She doesn't get angry or annoyed to easily and is claustrophobic. She doesn't mind being around people unless there are a lot of people around. And one way to really annoy her is to ask a lot of questions without giving her time to answer
Appearance: http://halfbloodslife3.webs.com/Kelly...
Skills: Speed and agility
History: Her mom and dad died in a car accident and her best friend died when mad man tried to make him a clockwork
crush/bf/gf:
Other: She and Zero are polar opposites

I don't think Kally's a general anyway. And she can always edit her.

Hmm.... what if one of the generals was a clockwork person and nobody knew?

Speaking of which, Carter, can you rp on royal/medieval, please?

K, I'll make the charrie. It's gonna take a while, though.

Can you have fun with the medieval rp, too? Just asking....

Name:Melody Anerex
Age: 15
Gender: Female
Rank/Squad: General of Squad X (everyone is squad Z so I'm trying to mix things up a bit.)
Persona: Melody is kind, brave, intelligent and creative. She prefers to be left alone, but really doesn't like being isolated. She is scared of sharp metal objects and hates the smell of a doctors office. She is very organized when she want's to be. She is a natural born leader, but Melody is always denied power.
Appearance: 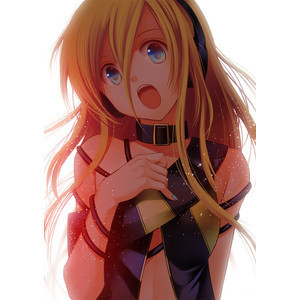 Skills: She is a master of stealth and secrets.
History: She grew up in London, England with her mother and two sisters. They were all turned into clockworks but only her oldest sister Xerena survived. Her father was abusive but her only normal family. He raised Melody since she was seven. Her sister snuck into their house and killed their father. She was lost until she found Zero.
crush/bf/gf: Crush on Zero
Other: one of the first in the resistance

....so Kally and Melody have a crush on Zero

coolio! Poet's are always the most descriptive though.

I started with descriptive. I didn't edit anything.

This was probably already asked, but can I make an experiment who has joined the resistance?

Experiment: The first experiment on her was a failure, leaving her blind in one eye. The second experiment didn't fix her eye, but replaced it, giving her incredible vision and the option to change her vision format mentally, from normal to long range, to night. The third experiment, and the one that shattered her frail belief that the experiments were for her own good, was a semi failed brain replacement and gave her superior reasoning abilities and intelligence but also frequent piercing headaches and bursts of insanity and incredible and unswayable anger and bloodlust.

Rank: Since she's an experiment and associating with her is taboo to the members of The Resistance, she's on her own. Until, that is, she finds someone who will listen to her and understand that she is not a spy for the Clockwork army.

Persona: Starling is a brutal type, someone who answers honestly and without pretense, even when you don't want to hear it. She is loyal though, and will stick by your side, unless she has an anger attack. If she tries to kill you, don't take it personally, as it's not her fault and she'll feel terrible about it later, especially if she's injured you in any way, big or small. The fact that she's withdrawn, but sensitive, makes her a bit if an enigma, and the way she speaks and acts makes her even more of an enigma. So watch out. If she doesn't like you, it's probably not going to change. If she does, then that's a tedious relationship at best, depending on how soon she attempts to kill you and whether or not you run away.

Appearance: She's beautiful. Or she would be, if not for the fact that she has a metal eye and scarring at the base of her neck and under her hair from her second surgery, although it's small and not very noticeable. Her hair is long and thick and rich, dark, brown, like mahogany, in color and softly curling down to her waist. She normally keeps it tied back in a bun at the top of her head, alowing her to move about freely without her hair whipping in her face. Her remaining normal eye is dark blue green, like the ocean, and extremely intelligent and calculating, framed with a dark fringe of lashes that sweep her high cheekbones, the right of which (the normal eyed side) is marred with a diagonal scar that travels from just to the outside of her eye to the middle of her cheek on the same line of the bottom of her nose. Her eyebrows are arched in an alluring and yet challenging way, giving her an expression that makes her look as though she thinks she is higher than others. Her face is heart shaped with a pointed but delicate chin and jaw, and she is tall and lean, built like a runner.

Views: Starling despises everything she is and has become. She hates how she was created for the purpose of destroying things and people, and she wants the people who ruined her life to pay. And she is wiling to fight as hard as she can to cause them misery.

History: As a child, Starling had a different name: Merenka Petrovna Dologurunka. When she moved from Russia, she changed her name, trying to erase the ghosts of her of her past and forget about her dead family members. After attempting to procure a job, she ended up penniless and starving on the streets, where she was picked up to be experimented upon. She remembers very little of this period of her life, other than pain and blindness and more pain. When she escaped, she was on the verge of a mental breakdown and has a been living on the fringes of society ever since, afraid that the people responsible for her might want to get her back so they can put her down safely.