Name: Asheya (Ash-e-a))
Age: 17
Gender: F
Rank: Servent
Personality: to be rped
Appearance: http://www.google.com/imgres?imgurl=h...
History: none really, always woked in the castle
Skills: can kill about anything
crush/bf/gf:
Other:

background: Her father had the same profession, taugh it to his daughter, lives on the run
other:She hates people
if you plan to be none human specify the creature: Maybe...thinking about it
Crush: Eh?
Skills: Knives, hand to hand fighting, archery, erm, hiding

reply | flag *
message 7: by [deleted user] (new)
Jun 29, 2011 12:29PM
Name: Ava
Age: 18
Gender: Female
Rank: I would suppose a wizard.
Race: Elf
Appearance: [image error]
Personality: Ava is quiet, and not very social. If you get to know her, though, she is very comical and sweet. She is always saying sorry, mostly because of her magic skills.
History: Ava was born into an elfin village, known as Thrail. It is right outside the kingdom, and all elves there don't take kindly to other races. She spends most of her time in Thrail, it is where she lives in the winter. In the summer, she lives in a small apartment above an antique store someone rented out to her. As a child, she was never taught how to use or control her magic, and just recently began to teach herself. She is a very poor mage, and her services are poor.
Skills: She is amazing at archery. Better than most boys, she can shoot at virtually any target. This is what she spent her time doing as a child.
Relationship Status:
Other: She is currently employed at the kingdom's stables, cleaning out the stalls and caring for the horses. 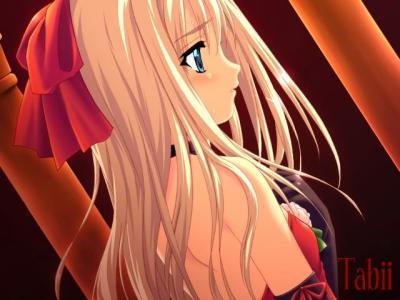 History: ran away from home
Skills: stealth
crush/bf/gf: none
Other: 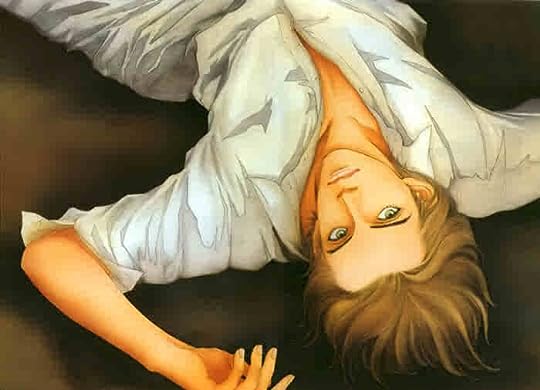 I can say the alphabet backwards in five seconds.

reply | flag *
message 19: by [deleted user] (new)
Jun 29, 2011 07:49PM
Name: Emma
Age: 15
Gender: Female
Rank: (from queen/king to slaves. wizard or witch. anything along those lines) Thief
Persona: sneaky, funny, friendly, strong, aggresive
Appearance: http://www.google.co.kr/imgres?imgurl...
History: Doesn't like talking about it
Skills: thievery, archery, swrodsmanship, hiding and running
crush/bf/gf: open
Other: Her family was so poor that she had to steal stuff to get a decent house and some food.

Name: Tyrien Narcer
Age: Appears 17, but his actual age is unknown
Gender: male
Rank: to be rp'd
Species: Centaur
Appearance: Has deep brown skin, the same color as his hide. His equine half has the build of a draft horse. His hair is long and dark, almost black, as is his tail. He has bright green eyes outlined in silver with infinitesimally small flecks of gold.
Personality: Quiet, observant, wise beyond his years, cautious, fierce, caring, and is very loyal to those he cares about.
History: Is separate from most creatures and does not know what happened to his parents. As far as he knows he's the last of his kind. He wanders alone and is trying to find any other centaurs.
Other: Is a very skilled fighter.

Name: Aevum
Age: unknown, but is a pup
Gender: male
Rank: none
Species: Flying wolf
Appearance: a gray/silver wolf pup with wings, larger than most, but still puppyish. He has bright blue eyes and is well muscled for a pup.
Personality: curious, caring, fierce, playful
History: Was found by Tarcer and Tiria after his mother was killed by hunters and he ran away. Now he stays with Tiria... most of the time...

Name: Tiria
Age: looks about 17, but is unsure
Gender: female
Rank: Basically a rogue....
Species: Elf
Appearance: Tall, thin, and lean, her skin is a deep tan. Her hair is long and a silvery-gray color. Her eyes are a deep blue and seem to change like the ocean. A large scar covers half of her face, but it doesn't hamper her rough beauty, it enhances it.
Personality: Fierce and energetic, she's a very caring soul. She's very trustworthy, honest, and loyal. She'll die for her friends, but is sometimes rather quiet, usually when her scar is bothering her.
History: Lives in the forest since her village burned to the ground, sometimes with her cousin, Tarcer. She and Tarcer found Aevum, but the pup has more of a bond with her since they're so alike.
Other: She's really energetic... kind of ADHD...

YES! I CAN FINALLY DO SOMETHING!

i hate when that happens

Same here... I want Seth and Emily's personality's to clash terribly but end up together)))

Or he can take Emily, or something...

wait, who's the okay for?

who do you want?

okay do you Slits are with Cas and I'll be making a girl for Jacob, right?