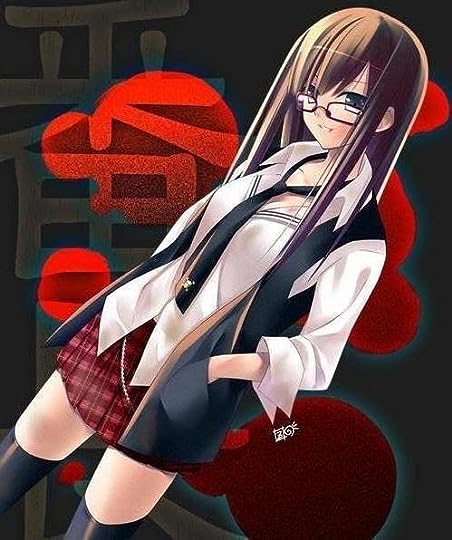 Personality: A "sexy" personality. She knows what she's doing, not afraid, daring, proud, and loyal. Jes will take chances and not regret doing a lot of things, although she is a little soft-hearted.
Mob/Gang: TBA
Enemy gang/mob: TBA
Other: Hates the name Jessica and chooses to go with Jes, and is the spy of her gang, since she can pull off the "innocent, but appealing" look

Name: Nayomi Black a.k.a Golden Ace
Age:19
Gender: F
Appereance: [image error]src="http://static.desktopnexus.com/thumbn..."
width="400" height="550"/>
Personality: She runs her gang with an iron fist, she speaks her mind and don't take shit from nobody. She smart and cunning, and when she speaks everyone listens. She holds herself with pose and grace and exspects her crew to do the same.
Gang/Mob: Ace (East side)
Enemy Gang/Mob: Kings (West side)
Skills: Marks men and a skilled kickboxer.
History: She been in the gang all her life, took over after her brother was gunned down outside a gas station, she witnessed the whole thing and went to court to press charges. But the guy just got off, she spent the rest of yer young life looking for the bastard.
Other:...

Mod
can sebastian be in her gang?

Mod
lol did you want me to make the boss??

reply | flag *
message 13: by [deleted user] (last edited Sep 19, 2011 08:19PM) (new)
Sep 17, 2011 08:12PM
Name: Raina Roush
Age: 19
Looks: She is pretty small, with sort pixie black hair and dark blue eyes, extremly pale with one freckle behind her right ear. She is a bit stroger than she looks, rock hair abs. She is usually dressed in high end clothing
http://www.hairfinder.com/markwoolley... - with ink black hair
Personality: odd, funny, dark and twisty. Is very charismatic and suductive
Mob/Gang: pronounced Cina - I think
Enemy gang/mob: everyone and no one
Other: Her family has been in the mob scene for years. She and her close family - Mom, dad, brother Dimitri - came to America when Raina was 10. They were to hold connections in USA back to Russia. Raina speaks fluent Russian, and italian. Her english is weak. Her family is very rich and well known.

i ll make a guy later

reply | flag *
message 15: by [deleted user] (new)
Sep 19, 2011 08:14PM
Name: Dimitri Roush
Age: 20
Looks: He is taller than his sister, but has the same black hair and deep blue eyes. He is pale, and very muscualr. He enjoys the attention he gets from people checking out his muscles. He has sharp yet handsome features.
http://idealistico.files.wordpress.co...
Personality: Caulky arrogant, a bit self obsessed. But he can be hilarious and fun to be around. He likes making people laugh. But he can be unbelievevly intimidating and fierce when he needs to.
Mob/Gang: pronounced - Cina- I think
Enemy gang/mob: everyone and no one
Other: See sister. He has tried to edge away from his parents but they like him close. He has pursued a mechanics carreer and is currently doing that with a bit of high end coorporation work on the side. He speaks Russian fluently, his english is better than his sister, and he gets by in italian

reply | flag *
message 19: by [deleted user] (new)
Sep 29, 2011 07:59PM
Name Alex
Age 21
Looks a friggan muscly guy
Personality listens to the boss and fights all the battles
Mob/gang red hats
Enimie gang all especially cina
Other wants a gf but they all hate his job

reply | flag *
message 20: by [deleted user] (new)
Oct 03, 2011 02:01PM
Name: zoey
Age: 16
Looks: she has blood red hair That comes down to ner waist, her eyes are such a dark brown they almost look black, she long, quick, and agile.
Personality: she is bloodthisty, she enjoys killing people but only if she thinks they deserved to be killed. She is totally loyal to Whichever side she fights fir and won't ever switch sides
Mob/Gang: none
Enemy gang/mob: none
Other: she has never been able to join a gang because people think she is to young.