Name: Liz
Age: 15
Gender: female
Mutant Power: ability to phase through solid materials, as well as render others intangible and disrupt mechanical objects by phasing through them ((so she's like kitty lol))
Persona: nice sweet, sorta ballsy, and has a good sense of humor
Appearance: 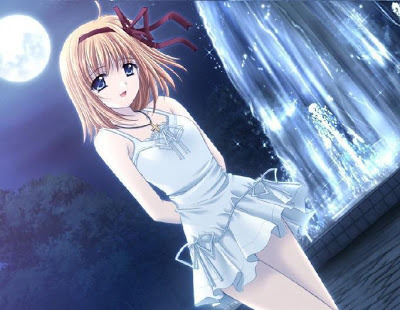 Other skills: good at convincing her thoughts and is a good cook decent hand to hand combat
crush/bf/gf: open
Other: ehhh 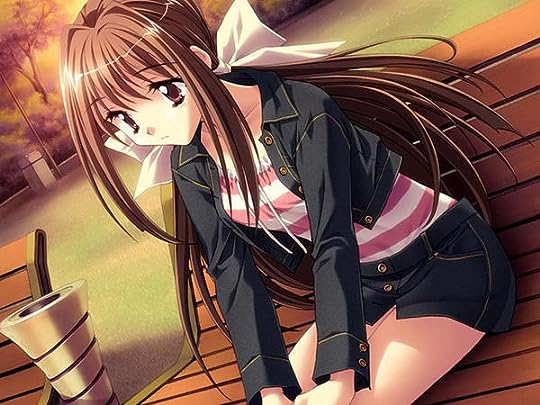 Other skills: Is good with a knife/dagger
crush/bf/gf: Open
Other:

Name: Ivy
Age: 20
Gender: Female
Mutant powers: (Like Mystique) she can change her image to anyone she sees.
Personality: Smart and witty, has a bit yo her and can handle herself. She's firery with a slight attitude, but works hard and gets the job done.
Appearance:[image error]src="http://4.bp.blogspot.com/-_RmFwIsdrO8..."
Width="400" height="500"/>
Her original state.
Other skills: Kick boxing and is fluent in 3 languages
Crush: none

Name: Emily Grace Herr
Age: 15
Gender: f
Mutant Power: Can transform
Persona: to be Rp
Appearance: http://m707.photobucket.com/image/his... (But with green eyes)
Other skills: Drawings, mapping
crush/bf/gf: open
Other: No memory of past

reply | flag *
message 12: by [deleted user] (new)
Jun 28, 2011 01:37PM
Name: Ramona (Chameleon, when in battle)
Age: 13
Gender: Female
Power: She can make herself vanish, so her power is invisibility. Anything she touches can also turn invisible.
Weakness: Nothing stops her powers, but, oddly enough, night vision goggles allow people to see her when she is invisible.
Appearance: 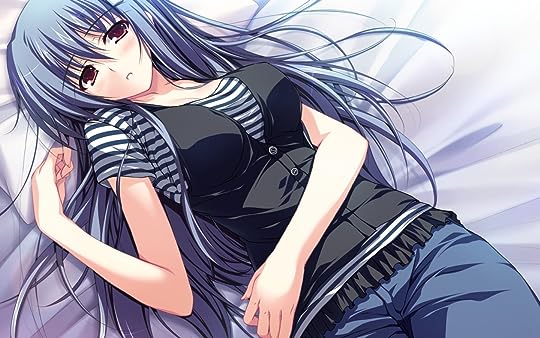 Personality: Ramona is hardly ever seen around the school. Most of the time she stays invisible. She is very quiet, and never talks to anyone. When you ask someone, "Where did Ramona go?" They'll just say, "Who's Ramona?" Half the kids in school have no idea who she is. Her powers are useful in battle though, so, even without much battle skills, she can really do damage.
History: Ramona was raised at Marian, a all girls boarding school. She never knew how to control her powers completely until arriving at the school, but whenever she wanted to vanish, she simply would. Once, she had broken into the kitchen at night to get some food, because earlier in the day, she had been punished by not having supper. While in a corner, eating a sandwich, the headmaster came in, and, never saw her. Ramona was in plain sight. She began to panic, but resolved the the headmaster was simply blind. Xavier (using Cerebro) found her quickly, and she went with him, glad to get away from the awful place. She's been at the School since she was 8.
Other Skills: Ramona is a wonderful artist, but few know of this. She draws during transitions to classes, and in her free time. Of course, she is outside, and invisible as she does so. She has about several notebooks filled with drawings, all completed during her time at Xavier's School.
Crush:
Boyfriend:
Other:

Name: Antonio Herr
Age: 19
Gender: M
Apperance: http://m845.photobucket.com/image/het...
Personality: To be Rped
History: Is Emily's older brother, though they don't know it.
Other skills: Unknown
Mutant power: To connect to the mind of others by simple concentration

reply | flag *
message 15: by [deleted user] (last edited Jul 24, 2011 07:15PM) (new)
Jun 28, 2011 05:58PM
Name: Abigail Whistler
Age: 18
Gender: Female
Mutant Power: Can shift into any animal at will but prefers being a wolf. (don't power play with this one, guys, i'll be checking and if i comment that you should change it, please do)
Persona: She acts like a Wolf would.
Appearance: Wolf Form [image error] Human Form [image error] She has one light green eye and one light blue eye.
Other skills: Is exceptional at Archery and Shooting, Like Zero in X-Men Origions, only She can Shift too.
crush/bf/gf: Open
Other:

Speaking of Zero, what was his power? *too lazy to visit wikipedia*

Agent Zero: A member of the Weapon X program and an expert tracker with lethal sniper skills. 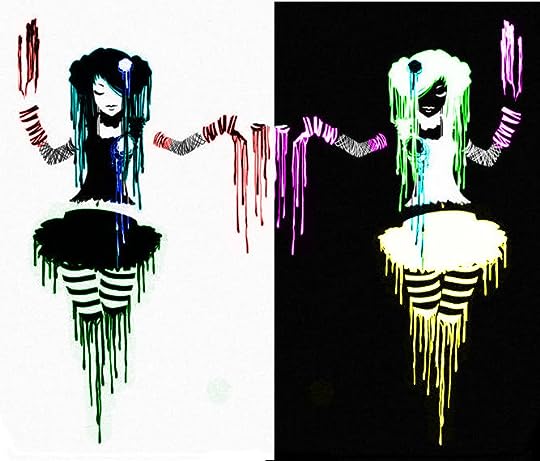 she uses that everywhere

Ya it was Autumn, then Thera, for a while Drako, mostly Amber now...

Yeeah thats how i feel A LOT

reply | flag *
message 34: by [deleted user] (new)
Jul 01, 2011 04:29PM
Name: Logan Howlette (Wolverine)
Age: Somewhere in the late 200's
Gender: Male
Mutant Power: Same as in the X-Men (don't power play with this one, guys, i'll be checking and if i comment that you should change it, please do)
Persona: Same as in the X-Men
Appearance: [image error] And [image error]
Other skills: In X-Men Origins: Wolverine
crush/bf/gf: Storm
Other:

She could have they never went into depth with that but it seemed like it and plus its crush they're not together yet.

Erm... There is already the Storm from X-men charrie, so it might get a bit confusing...

That's because I haven't made it yet (sorry, slightly sick xP) but I claimed her on the charrie claiming thing...

You could just make a younger version of her. And aww I'm sorry your sick.

Or an older one, since the storm from X men would be older.. 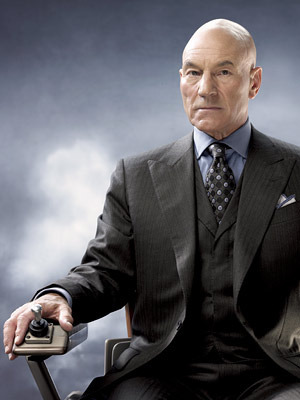 Personality:Xavier’s goals are to promote the peaceful affirmation of mutant rights, to mediate the co-existence of mutants and humans, to protect mutants from militant humans and to protect society from antagonistic mutants, including his old friend, the militant Magneto.
History: Charles Francis Xavier was born in New York City to the wealthy Brian Xavier, a well-respected nuclear scientist, and Sharon Xavier. Xavier visits his friend Daniel Shomron, who runs a clinic for traumatized Holocaust victims in Haifa, Israel. There, he meets Erik Lehnsherr (who would later become Magneto), a Holocaust survivor who works as a volunteer in the clinic, and Gabrielle Haller, a woman driven into a catatonic coma by the trauma she experienced. Xavier and Magneto become good friends, although neither immediately reveals to the other that he is a mutant. The two hold lengthy debates hypothesizing what will happen if humanity is faced with a new super-powered race of humans. While Xavier is optimistic, Magneto's experiences in the Holocaust lead him to believe that humanity will ultimately oppress the new race of humans as they have done with other minorities.
Other Skills: his body houses one of the world's most powerful mutant minds. As a high-level telepath, Xavier can read, control and influence human minds. A scientific genius, he is also a leading authority on genetics, mutation, and psionic powers.
Relationship Status:
Other:

Name: Bunny
Age: 18
Gender: F
Mutant Power: She has fairy wings and can shoot fire balls
http://i.dailymail.co.uk/i/pix/2011/0...
(^ her wings ^)
Persona: At first she may seem like a bitch but it's just to keep other people away she really funny and is used to being alone both her parents died when she was little she lived in an fost home but ran away when she was 12 cause she hated it so much when she was 13 she slowly started getting these marks on her back the go from the center of her back to her shoulders (that how she hides her wings)
Appearance: http://mimg.ugo.com/201103/0/6/5/1765...
Other skills:
crush/bf/gf:
Other:

Name: Rivehra
Age: 17
Gender: female
Mutant Power: (don't power play with this one, guys, i'll be checking and if i comment that you should change it, please do) Can control water/ice and is a telepathic. Can also control glass, but it's an underdeveloped power.
History: Was traumatic, but you'll have to find out in the rp. ;)
Personality: Rivehra is fierce and cold. She's protective, and it's hard to get on her good side, but she does have one. She's stubborn and curious, but extremely cautious and very slow to trust. For some people it takes years to gain her trust, for others only a short time (like Prof. X). She is caring and gentle, but you'll rarely (if ever) see that side of her. Rivehra is also very intelligent and somewhat cryptic.
Appearance: Tall, thin and lean, Rivehra is well muscled and somewhere between tan and pale. Her hair is long (it reaches to her lower back) and a dark chocolate brown (some have mistaken it for black). Her eyes are slightly almond shaped, and sharp, with dark lashes and cosmic irises. They're a mix of deep blue, purple, and flecks of silver, with a bit of black mixed in for good measure. It's hard not to fall under their spell. She wears modest clothing, sticking to cutoff jeans and cargo pants, and short sleeved shirts. She always wears her lace up brown leather boots, which reach to just below her knee. She has a silver and blue/purple/black pendant, but no one knows what it is because she never lets anyone see it. It's always hiding underneath her shirt.
Other skills: Very good at decoding things, is a very fast learner, and good at drawing and writing. She's also talented at forgery.
crush/bf/gf: Open, but unlikely she'll feel the same way
Other: She's an extremely talented fighter. She and Prof. X get along rather well. She feels a little connected to him because they're both telepaths.

sooo just a question? do we need a male charrie or a female? i can do either

Romy/Rayne is tired of being ignored. Will someone please talk to her... uh them?