Can I make Ivy a girl instead? Pwease? 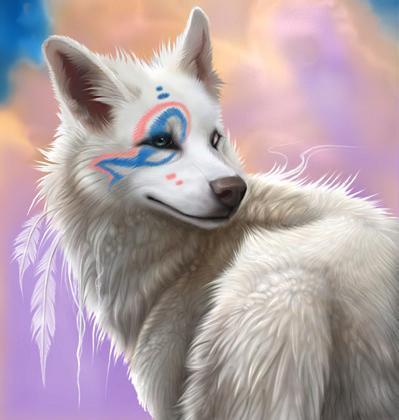 .
Personality: paint is a well tempered young wolf with lots of spunk. She is striving to be the alpha female, and soon will become beta.
History: Paint was born a loner, but when her parents were killed by hunters the Bison pack took her in. She was cared for by many of the wolves including Ink(if that's ok).
Crush: OPEN
Mate: OPEN
Kin: Dead
Other:

Personality: Ink can sometimes be ruff, but you nev..."

Thanks! I've always wanted to use it, I think Shay used it a tone point...

reply | flag *
message 11: by [deleted user] (last edited Jun 27, 2011 07:01PM) (new)
Jun 27, 2011 06:34PM
Name: Bison
Age: 4 years
Gender: male
Rank: Alpha male
Pack: Bison pack
Appearance: He is a bunch of different shades of brown ranging from light to bark. He has thicker fur around his neck and shoulders, his ears are smaller and more pointed them most wolves, he has two tuffs of fur on the top of his head, he is a little bit taller and more muscular then most male wolves his age.
Personality: He is sweet and very caring towards his pack but he shows a little bit more emotions to is family and his mate. When he is fighting or is with wolves that he doesn't know he doesn't really talk he mostly uses his body to 'talk' to them. If you do get him mad then he can and probably will rip you to shreds, he will defend what ever position he has.
History: When he was born his father died before his birth and his mom died right after she had him and he was the first pup born so his siblings didn't even get born. A bison herd was near by and some hunters spooked him and they trampled his dead mother and his unborn siblings, he realized that what spooked the bison herd was't hunters but resurhers from Yellowstone so they took him and they gave him his name.
Crush:
Mate: Ink
Kin: They all died
Other: He wasn't born in Yellowstone he was brought in when he was just a newborn pup.

one quick question. for the personality could it be like: Personality: strong, shy, defensive, kind, loving, careful...
or does it have to be: His/Her personality is strong and defensive, but she/he is also shy. She/He is very loving and compassionate about...

that's my only question about the cherries

It has to be detailed...

Name: Finn
Age: 4 years
Gender: Male
Rank: Beta Male
Pack: BisonPack
Appearance: [image error]
Personality: Finn is extremely trustworthy, he keeps every secret told to him. He's extremely charming and most females fall at his feet. Finn has a kind heart and listens well. He's loyal to his pack and won't let anything stand in his way.
History: Finn was born into the pack and has always lived in it. He was born to the Alphas in the position before the current ones. Finn worked his way up the ranks in the back, and is working towards Alpha.
Crush: Open
Mate: Open
Kin Open
Other: Open 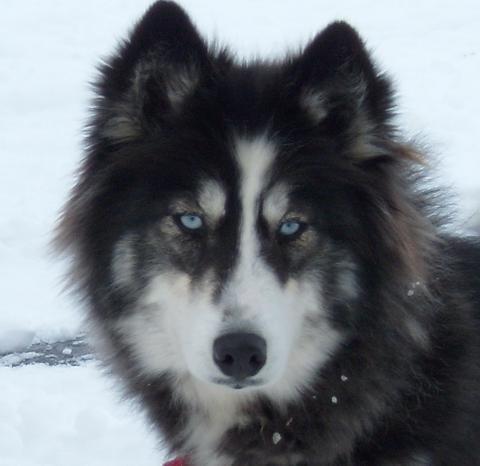 Personality: Vertigo isn't a very social wolf; others tend to stay away from her. She is very defensive, and actually will snap at you if you talk to her. She is cold, and hard to reach. She seems to talk crazy, sometimes. She's poor at almost everything.
History:The only reason she is still in the pack, is because her mother was "driven to insanity" by Vertigo was originally a lone pup. Vertigo's mother claimed that she killed her siblings at the age of a single day, so her mother left her at BisonPack before being put down by park rangers, for illness. Vertigo hates her mother, and babbles threatening sentences about her. Vertigo was named after dizzyness; which many people feel when around her. Vertigo is the oldest wolf in the pack, and has obtained the position of Omega her whole life; the original Alpha claimed she was too "helpless" to even train. She has no idea how to hunt, or fight, and is blind.
Crush:
Mate:
Kin:
Other: She is blind in both eyes.

Why thank you. It was supposed to be a young, energetic wolf. But then it turned into....this. Don't worry, she'll die soon. :D

Flameheart (Lauren) wrote: "ShayA-Hi! wrote: "Can I make Ivy a girl instead? Pwease?"

Sure! I'll edit my character to where Ivy's a girl when she's mentioned."

Can you edit it now?

Name: Alacek "Ally" (Ol-ah-seck)
Age: 3 years
Gender: Female
Rank: Shaman
Pack: AspenPack
Appearance:
http://farm1.static.flickr.com/36/123...
Alacek has a creamy white pelt. She has growing flecks of gray that are starting to appear from aging. Her ears and tail are tiped a musky white. She is hidden in snow and obvious in the meadow when hunting. She is best at hunting small game such as rabbits. Her back legs are husky so she has a fast run to keep up with smaller animals and chase off threatening animals. She has two different colored eyes, one being a dark blue and the other brown. Both her eyes look like they are black from afar.
Personality:
Alecek has no desair to mate. She is very independent and hates it when she is constantly offered help. She wishes to be alone most of the time. She hides her feelings behind a wall. It's hard to get past her wall. She has one weakness. Her weakness is strength. She admires wolves who have oodles of strength. She has trouble accepting help and being able to trust.
History:
Alacek was born in BisonPack to the Alphas. She was bron in the dead of winter and was the only surviving pup of six. Her last sister, Rio, was stowed away by her father, who took her to SaddlePack to live.
Ally had no idea of Rio, but thinks she's dead like the rest of her four sibling. She one day was being bullied by the Omegas and ran away for two years. She was taken in by a Loner Shaman and trained in the ways of healing. She returned to become the pack's first Shaman.
Crush:
Mate:
Kin: Ink?(mother), Rio(sister)
Other: She has a small opening in her heart for a mate, but good luck getting through to her.

Could she have been born before Ink became Alpha and became mates with Bison?

Sorry. I have ideas someimtes...

Flameheart (Lauren) wrote: "Okay...so hold on. You want Ally to mate with Bison even if he's the alpha male and her be born before Ink became the alpha female? I'm confused."

Yes. Like, when Ink was a subordinate or something.

I was asking if Alecek could be Ink's daughter. The Alpha's daughter, but not Bison's daughter. Like, when Ink was a subordinate and NOT ALPHA, she had a different mate and had Alecek and Rio. Like she mated with a loner.

Ink could be sneaking out to see Rio in the ngiht and then Bison gets suspicious and so could Alecek and it all ends up in a whole thing with confession and drama and all that.

Actually, can I change Rio to SaddlePack? They don't have many members...?

Just making sure it's okay with you.

Well, you're the mother of the character, so I was just making sure. 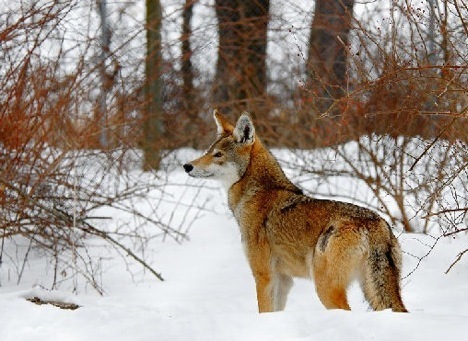 Personality: Sort of reckless. He is afraid of nothing and tries anything he thinks is a good idea. Very fun to be with and sort of whimsy. He has sort of a quirky but lovable nature. Seeking a mate? (i dunno...)
History: He was born into Bisonpack. His parents died when he was still young from a mysterious plague one gets from inhaling or consuming it. Since then, he has learned from the behaviors of other wolves.
Crush: none yet
Mate: (seeking one, I guess. Feel free to fill this spot in.)
Kin: None (his are deceased.)
Other: