Name: Katerina (yep sheridan it's always the same.)
Age: 18
Gender: If not already obvious, Female
Race: Elf (lord of the rings type, not Santa's midget type)
Appearance: waist length platinum blond hair, so gold it's almost white. She's fairly tall, in elven fashion, and is pretty thin. Her features are angular, and her eyes are bright green.
Powers: She is able to work plant magic, and although she currently only does little things, she has more potential in this aspect than she may think. she also has an uncanny ability with a bow and arrow. She never misses her mark, and gets it straight in the center, not a millimeter off.
Personality: Typically happy, smiling, and, if you will, has a 'dancing' feel to her. She will use sarcasm sometimes, but it's in a lightly teasing way, as opposed to a vicious way. But when things are serious, all this disappears, replaced by an efficient, on task, and, if required, deadly machine. She could, although being a girl has not been invited to, lead a battalion of fully armed men without falter.
History: When she was small, she was instantly different from the other kids. When all the others were fighting over who got what toy, she was happily sharing with her ever present smile broad as ever. As she grew older, she became very interested in the archers that practiced in a clearing. On her seventh birthday, her brother got her a miniature bow and quiver of arrows. Her father taught her how to shoot, as he was a retired soldier. Even a peaceful people like the elves have occasional use for an army. On her eighth birthday, she was given archer's armor. By age nine she could consistently shoot within five inches of the center of the targets. She had many friends and still does. She always did well in school, although she is now contemplating what she is going to study. She thinks she may go into something that incorporates her plant skills, but is still not quite sure. She has sung and danced all her life, and is still at it today.
Other: Whenever she sings or dances, she makes others smile. She enjoys running through the forest beside the deer, as it gives her a sense of freedom. As with most elves, she is strictly vegetarian.

I love copy and paste. 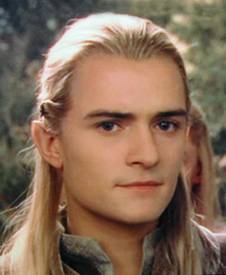 Personality: very protective, smart, quiet, when he speaks, it's normally only to say something important, so you should probably listen, very mild-mannered, when he gets angry, he's angry in a quiet way, fun to be around a lot of the time, very kind and in tune with nature, is an archer
Powers: can feel what has happened in an area of the forest just by touching the trees, can camouflage with the environment, has perfect eyesight
history: tbrpd
Crush: Katerina
Other:

I couldn't help it. Orlando bloom is so hot.

I usually don't moon over boys like that, but yes, Orlando bloom is pretty cute, especially in Pirates of the Carribean...

The one in the middle, except with a darker shade of hair and a bow and quiver....

Personality:Nice, once you get on her good side. She doesn't like being told that she is wrong. She also doesn't like anyone who tries to compete with her, for land, animals, whatever it may be.

History: Her parents were not like she is. Her parents didn't hunt, and they were nothing like her. Her parents were very very mean to her. The head of the community ended up having to take her away from them, and she has lived with him ever since. Her "dad" is scared for her, she doesn't have any friends over, and it is hard for her "dad" to take that in. He thought kids should always be around friends. Otherwise Lilliana is very smart, even if she didn't have as much schooling as some of the other kids her age. She loves to write and has a notebook by her bed, filled with things she wants to do later in her life.
TreeHouse: http://www.google.com/imgres?imgurl=h...