RP.....What else can I say? discussion

Name: Kaya
Gender: Female
Age: 17
Eyes: Red
Hair: Black
Picture: http://anime.falseblue.com/wp-content...
http://images2.fanpop.com/images/phot...
God/goddess Parent: Daughter of Apollo
Siblings: Dont like her because she doesnt look like a child of Apollo, blonde hair, (blue) eyes, tan skin, and ontop of that she doesnt act like one, loud, confident, outgoing. She has been told she looks more like a daughter of Hades then Apollo. She is often away from her siblings, not wanting to deal with the taunting.
Personality: She is quiet, and shy, distant, and dim, she isnt loud and outgoing like her father, feeling he forgot about her and/or doesnt care.
Crush: open
Skills: Prophecies and music are her main talents from her father. She is naturally skilled with the bow and arrow, shes the best in the camp.
Favorite Weapon: SHe enjoys hand to hand combat and daggers.

What was aphrodite's weapon?
And i think its okay if its her 'fav weapon'?

Name: Malícia "Mal"
Age: 16
Gender: F
Pic: http://www.google.com/imgres?imgurl=h...
God Parent: Hades
Sibs: Elpida
Skills: Can bring animals back to life, power over ghosts, can see people's death, can almost kill people if she wants to.
Fav Weapon: Skull staff
Other: Has a tatt of this: http://www.google.com/imgres?imgurl=h... on her right shoulder.

Mod
Name: Erik
Age: 17
Gender: male
Eyes: Dark storm blue
Hair: a little on the long side, a dark black
Pic: http://i329.photobucket.com/albums/l3...
God Parent: Ares
Sibs: None
Skills: can control flames a bit
Fav Weapon: Sword or Spear
Other: feels a bond with Aphrodite’s children due to his Fathers being Aphrodite Husband
Crush:

Name: Chrynoes (Chris)
Age: 16
Gender: female
Personality: She is a sweet girl unless you speak badly of her father, she takes pride in being her father's favorite at the moment, and also takes pride in her small stature, and ability to create any weapon. She strongly dislikes Aphrodite and her children
Eyes: Red
Hair: Red
Pic: http://p-girl.sakura.ne.jp/pict/pic/p... She is 98lbs and 5foot nothing
God Parent: Hephaestus
Skills: Metal work, swordsmanship
Fav Weapon: Anything she has made. Her best weapon is a foldable spear like weapon her father made her mother a very long time ago.((In her pic))

i wanna make one but i dont know what to do!*bangs head against table*AAAAAAAAAAHHHHHHHHHHHHH!!!!!!!

Just make one, and have fun wwith it.
You can use any of the gods/goddesses, i can make a list of them if you would like

ugh, im just confused.i havent read the Percy Jackson books since last year so all the stuuf has faded from my mind.i just wanna rolepley with someone :'(

Ares is her lover, not husband.

Aphrodite is married to Hephaestus

Appearance: She has long black hair down all the way to her knees. Her dark gray eyes look sort of look like dark marble stone. She is on the short side but she is well built. You will mostly likely see her walking around in black with her hood hising her face

Background: Ellie was born to a young artist name Penelope. The young mother had been diagnosed with scizofrenia and was often depressed. But when Ellie cam einto her world as a little baby she found new life, a new start, and new HOPE. SO she named her Elpida the aceint greek name meaning 'hope'.

Even in the few weeks of infacy Ellie began show signs of not being normal. Ellie always had a way of knowing where dead thing where. on eof the most memeriable memories was when Ellie was 4 and begening to get more fluent in her speech. One night before bed when Penelope was puting her hope to be she heard her start to cry scilently. When asked what was wrong Ellie simply said."Bye bye papa". Then next day her grandfather, Penelope's father, died of cancer. Since they had known of the cancer Peneople pushed aside the incident simply thinking that Ellie had seen her grandfathers state and assumed he was close to dying since they had visited him that day.

The odd occurances keept occuring though and by the time Ellie was 12 he rmother worried about her daughter having the same thing as she she sent her away to an instutue. Thats where Ellie first got word from her fther. Hades god of the dead, or Pluto(don't know if its roman or greek we are going by.) Ellie often got confert from her father. BUt his wife. Persephone was not happy of her husbands affair. So to cool her anger he gave Ellie to her to be her patron. It worked and Persephone made arangements for Ellie to be relesed. Persephone at first made Ellies life miserabl ebut then she grew on her. SHe now treats her as a daughter.

Penolpe has been missing for 5 years now. and Ellie serches for her lost mother day by day almost never resting

Other: Has a pet Hawk

I fixed my charater profile to be easier to read.

Appearance: She has long black hair down all the way to her knees. Her dark gray eyes look sort of look like dark marble..."

Mal is daughter of Hades too.

They're kinda all cousins though.

The gods are all family, so all their kids are cousins.

Most gods other than the Big 3 are Zeus's kids.

Yeah, but (most of)the other gods are children of 2 gods, not just 1.

Zeus had at least 3 wives, most of the gods are from them.

Juno is Roman, and she was his last wife-- not frist.

I said they were family and the dimigods were all cousins. 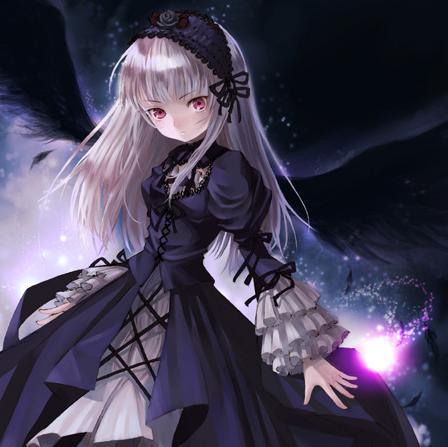 Name: Kevin
Age: 17
Gender: Male
Eyes: Grey
Hair: Coppery red-brown-orange
Pic: http://i416.photobucket.com/albums/pp...
God Parent: Morpheus
Sibs: Has a human half-twin; she's a daughter of Aether
Skills: He's very lithe and quick on his feet. He's strong, but his speed is more his advantage against others.
Fav Weapon: Necklace protects him from all harm, deflects all blows. Even a bullet to the heart will not penetrate his skin. Anyone who even brushes him with malicious intent will experience their worst nightmares, only they won't be asleep. His belt turns into a long, thin clear rapier that burns with Greek fire and never needs to be sharpened.

Do charries have to be approved?