Whatever Happened to the Egyptians? Changes in Egyptian Society from 1950 to the Present
One of the best books that go deep inside Egyptian society, trying to analyze the reasons behind its major changes and problems for the past 60 years.
Since it was first published in 1997, it is considered to be a "must read" for Egyptians and non-Egyptians alike, for anyone interested in knowing whatever happened to Egyptians.
And now, 14 years later, the insightful views of Galal Amin are still valid.. well.. till Jan 25th 2011 anyway :D
Now, after the Egyptian revolution, the book is of special importance, if Egyptian society wants to put its hands on what went wrong before, to be able to avoid mistakes of the past and move on.
A must read, now more than ever, for anyone who wants to understand what led Egyptians to revolt and anyone who wants to "watch" the Egyptian society, hopefully!, transform..
Happy reading :)

I'm on page 23 now ( :S ).. But i wonder if non-egyptians are having trouble reading it.. There are so many references to specific moments in modern Egyptian history, does it make it harder to comprehend?

Since I am Egyptian :) do you think it is a quick read , I am planning to read it next week in shaa alah

Well, Amin's style is not very smooth,, you will need lots of concentration..
But it will be very interseting and insightful once you start..

I finished this yesterday, had to read it quickly to get it back to the library, and found it quite interesting. I was surprised how similar some of the changes in Egyptian society were to some of the changes I've recognized in my own family, comparing my parents early days with my grandchildren's. I'll be interested in following the discussion. I especially enjoyed the chapters on women, language, migrations and summer vacations.

Mod
i'm planning to read this book this weekend. i'm curious to see how much i'm able to follow since i'm not egyptian.

Where are you from Catherine?
I think that if we really think about it we'll find that many societies evolved in the same way.. Despite the fact that cultures, languages, and traditions vary from one society to another,, there is always this touch of similarity between them, that comes, maybe, from the fact that we're all humans and think quite alike.. Can't say for sure though.. I think we'll need to discuss this, if a non-Arab read this book and found it similar in some ways to his society's story.. what was similar and what went in different way?

Mod
i've just started this and have read the intro and the first two chapters. i have to say i definitely see a lot of similarities to what has happened/is happening in the U.S.
of course there are some major differences too, but this is a fascinating book to read at this point in American history.
how do egyptians feel about this book (or set of essays)...do people typically agree with Gamal Amin?

Most Egyptians appreciate this author a lot, and value this book the most, believing that it's his greatest work..
But personally I don't agree with everything he wrote.. In the first chapter for instance when he talks about the correlation between social mobility and culture.. I think he's exaggerating a bit, but then again, he's talking about a period that I did not witness.. He did.
Did you find a similarity with American society in this point?

Ng wrote: "Where are you from Catherine?
I think that if we really think about it we'll find that many societies evolved in the same way.. Despite the fact that cultures, languages, and traditions vary from o..."
Currently I live in the US - Arizona, have lived in various parts of the US, spent a year in Europe and a month in Senegal years ago. In my literary life (through reading) I've lived everywhere!

The Arabic Language chapter I found quite interesting, and that is one that did not compare with anything in my experience. I think you're right, Ng, about the similarities between cultures and traditions because of the human element, despite the differences. I think Tayeb Salih touches on this in Season of Migration to the North also, although I've barely started reading it.

I'll try to move forward a bit in the book today, I barely reached chapter 2!

Mod
I will try to start in it soon , but Since Marieke was discussing weddings in her review , here is an Egyptian wedding (Zaffa) and anther part of it .

Mod
Nile daughter wrote: "I will try to start in it soon , but Since Marieke was discussing weddings in her review , here is an Egyptian wedding (Zaffa) and anther part of it ."

i have to say that i loved walking down the street in Alexandria or Cairo after dark and coming across a wedding celebration and everyone welcomed us to stop and enjoy the singing and dancing with them. :D

Mod
Marieke wrote: "i have to say that i loved walking down the street in Alexandria or Cairo after dark and coming across a wedding celebration and everyone welcomed us to stop and enjoy the singing and dancing with them. :D ..."

Ohh, that is the typical traditional one , when I was a child I used to see (Zaffa) in street at my grandfather's , it was really beautiful !
Check this link , I found it interesting , in Modern Traditions part ; beside showing how weddings are affected by western traditions , there are still tradidional elements like ( The Zaffa) and (The Kosha) , I am they brought some definitions for the “Sewan” 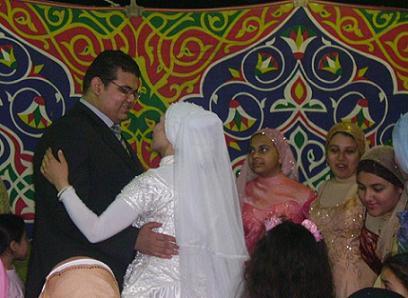 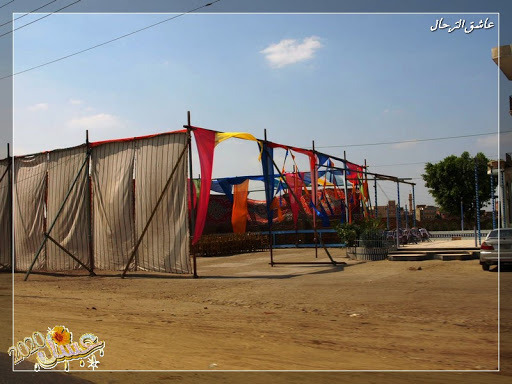 and “Fattah” , we should add the last one to the Egyptian cooking recipes !

Interesting videos about Nubian Wedding …check the Hennah and gold:)

Very nice!! :))
It is sad though that some of the traditional wedding ceremonies are starting to fade away with more and more people preferring to wed in western style..
Can't say if it's "natural selection" or infatuation by western culture.

Mod
one of the weddings i saw was a nubian wedding! i mean, i didn't see the wedding, just the celebration. :D

Mod
I finished the (social mobility) part , I do not know , I agree with most of what he said , but if politics and economics created such a huge social changes , why can not it be done vise versa? it seems like (social mobility) turned into a process with its own mind ?

I thought so too..
In fact social mobility is suppose to be a consequnce not a cause.. I mean, it is a process, but can it be irreversible?

Mod
Exactly …I understand its power and effects but I believe that new major changes like what we are facing now can push towards new social mobility but I can not guess what .

Now I finished the parts discussing the religion fanaticism and westernization and I liked the last a lot , now I started reading Zaat in parallel with this book , it can be useful :)

Mod
I've just requested Zaat...what a great idea to read it alongside this book. :D

yes , I found it a good idea , it is like reading the theory and the application !Zaat is some kind of black comedy !

I hope I will be able to finish the book soon , I liked (women conditions ) part , when I think about the immigration part , I really find funny , true but funny . that wedding part , a typical portraying of mine ! and for the (private car) part , I am dying for a solution !!

Mod
I finished the book and here is my review

You know guys, the author's theory about social mobility is very interesting, I've always thought it's in the center of development of societies, only in various forms, not just mobility of "social classes".

Do you think that Amin made this theory the center of his analysis?
If yes, do you agree with him?
If not, what else can be the reason or "engine" of the transformation of Egyptian society, or any other society for that matter?

Yes , I believe Amin made social mobility the center of development , I can not say that I do not agree with him specially that he made it clear that it is a result of major political and economical changes (I agree with this conclusion 100 %) . but in some parts I needed to feel the major factor in a more clear analysis specially when it comes to religion , also I think there are two problems that have roots in Naser's era that had to get more detailed attention ; education (he mentioned it briefly) and housing problems and its reflection on the marriage system .

Throughout the book I get the feeling that Amin is quite pro-Nasser, he admits that the Nasser peroid had its downsides, but he still beleives it was the best so fare.
I don't know if he is just a sentimental Nasserist or the he beleives in this for real.

And speaking of Nasser, a chapter I found particularly interesting is "Westernization", the idea that all aspects of "development" in the era of Nasser were in fact due to a heavy weternization movement.. Whether in education, development, factories building.. anything, you name it.. This idea never crossed my mind befor!

Mod
I guess most revolutionists are pro-Nasser :p . to tell the truth the economical changes in Sadat's era and soft hand of government dealing with public (specially the poor) needs and rights were the main key to all later crisis .

I thought the same "Westernization" chapter was very interesting , and when we think about it , yes Westernization never stops even with resistance , I guess the stronger's culture always finds its way !

Mod
i need to go back and re-read some bits and pieces so i can formulate questions for you guys...and some thoughts/comments i have drifting around in my head.

btw i got a copy of Zaat and i *really* want to read it *right now* but i have too many other things i must read at the moment. i would make a sad face, but i'm really excited about the things i "must" read. :D

Mod
Marieke
Zaat is a great read to understand this book , I almost finished it , it is so sarcastic that you will cry laughing !!!

N.B
I understand your feeling !;)

Loved the chapter on Egyptian woman..
Do no Egyptians see the evolution of status of woman in the west the same way?
Of course it happened long before us, but did it happen the same way?

Speaking of non-Egyptians..
Those who finished the book.. did it effect your view to Egyptian society?