Mod
My book is now available on Kindle-Very excited.

Great cover. Off to grab the sample.

My publisher is making all of my new stories available on the Kindle, mostly shorts right now, but I have a new novel coming out in May.

Necromancer, an epic fantasy adventure, is available on Kindle.

Both book one and two of the Genesis of Oblivion Saga, as well as the first short of this Saga are out on Kindle (and iTunes, Kobo, Nook, Googlebooks, Goodreads, and about a dozen more eBook resellers.)

My fantasy books are finally out on Kindle too, and on nook. The Talera trilogy: Swords of Talera, Wings Over Talera, and Witch of Talera, plus Bitter Steel (which is heroic fantasy)

Ah, Kindle! I have uploaded a 2-book volume there: Gem of the Galaxy that contains Daughter of the Stone and Child of the Mist. It went live last week.

I developed a Web site for it, which gives a better overview than some of the other sites.

(It's also available for NOOK) 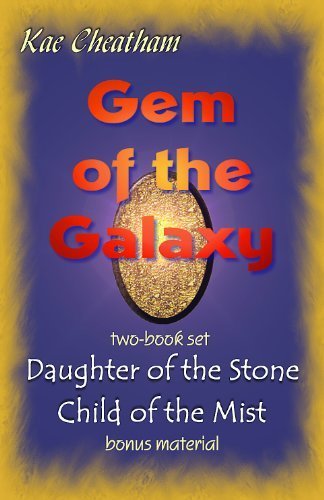 I have a fantasy out on the Kindle. Orc Quest: Prophecy The hero is an Orc!

I have a book that was just released on Kindle ... out in print in a few days, or so says my publisher :)It all depends on Amazon, honestly...

An urban fantasy about faeries
The Abandoned Edge of Avalon

Should be available for Nook sometime soon, but I can sell the pdf and that transfers to Nook, so if that's what you have and are interested, just message me :)

My author profile still needs to be confirmed, but soon I should be able to be reached there, as well!

My contract with my publisher expired in Dec for my first urban-fantasy/humor book THE ADVENTURES OF GUY expired iin Dec so the rights reverted back to me. I re-released it for 99 cents on Kindle. Reviewers compared it to The Hitchhikers Guide.

I have nine novels and a collection of short stories available on the Kindle:

To end The MPire: In Search of the Lost blog tour, the average 4 star novel is ON SALE $0.99. Check it out!

I was remiss in not mentioning my new YA humor vampire/werewolf book WEREWOOF, brand new on Kindle in March for a buck.

My publisher did not put my second book on Kindle, but I have four others that are available. I invite you to read the previews.

Here's my first book on Kindle, a fantasy series of short stories. Check it out!

The Dark Mansion: A series of Short Stories
http://www.amazon.com/Dark-Mansion-Sh...

My complete dark horror trilogy is now available on the kindle store...at a rather attractive pricing of less than seven dollars for all three volumes.

Channeling the likes of 2000 AD's Slaine through the mythical Irish background of the Morrigan and the Battle of Magh Tuireadh, 'The Black Flag' pushes the notion of a Celtic revolutionary underground through a darkly futuristic vision of the British Isles. Anti-heroine Georgina Buadach Macdubhgaill invokes the myths of the good gods of ancient Ireland to bring blood and battle to the streets of London...and in the process, draws another cycle of history to a brutal conclusion.

And for US Kindle shoppers - http://www.amazon.com/The-Black-Flag-...

Soul Born is now on sale for $0.99 on Kindle. Its book one in a series published by Dark Quest Books.

In the solitary City of Middengarth, where fairytales and folklore are history, and magic still lingers in the air, strange things are afoot...

The first episode of this surreal fantasy adventure - set in a curious clockwork-powered steampunk world - is out now in Kindle edition.

Here's the link for US Kindle shoppers -
http://www.amazon.com/Sundancers-Regr...

My children's book is up on Kindle - http://www.amazon.com/Space-Rats-eboo...

At Adventure Books of Seattle, we have compiled a 'best of' collection of short SF stories from Escape Velocity magazine, stirred in new stories from new and old talent, and now released the anthology as Escape Velocity: the Anthology. The ebook is already out on Kindle, paperback follows later in May 2011.

If any reviewer here would oblige us by accepting an ebook or print copy for review, I'd be very grateful. You can reach me on geoffnelderATyahoo.com, or via my website http://geoffnelder.com

I'm the UK wing of Adventure Books and so cannot see the Amazon.com pricing, Jacqueline. 2.99 is remarkably cheap! Have you bought it?

My first book Forgotten Future is now available on the kindle as well.

It's on .99 cents and contains science fiction and fantasy short stories

Thanks Alyssa! Geoff, Just thought I would make it a bit cheaper seeing it's a first book. Time will tell if it was a silly thing to do! : )

Eight books from my catalog are in the Kindle Store and on my site now. They include:

The Verdant series - The orbiting city-satellite Verdant must take desperate action when the Yellowstone Caldera blows, and entire populations try to reach the orbiting satellites to survive. Now far from Earth, they must forage in other systems to survive, and debate whether or not they should return to Earth...

The Kestral Series - Ranger Carolyn Kestral is exposed to an alien virus and forced to leave the service, where she finds a renewed life of satisfaction and adventure as the Captain of a freighter and its small crew.

Chasing the Light - Tom Everson returns home after 8 years to find the girl he had to leave behind, just as riots over energy and oil may break out again!

Worldfarm One - All Keith Maryland wants to do is leave the collapsed United States and start a new life in the U.N.'s ambitious Worldfarm project. But sometimes, being a foreigner can suck.

Evoguia - also available from my site for FREE - A scientist in Atlanta creates a revolutionary breakthrough in accessing the untapped potential in humans, and in so doing, sows the seeds of a decades-spanning conflict between Homo Sapiens and a group of people—a 98-pound weakling, a police detective, a boy with learning difficulties and an illness-prone woman—who become the first generation of Homo Evoguía... the Self-Evolved Man.

My dystopian novel about government surveillance is available on the Kindle for $2.99.

My fantasy novel - "Summoned" is available on the Kindle for $2.99.

Gots a new one on Kindle, caveman humor ... here goes:

What was it like before NFL football? Before Reality TV? Before cake?
Bonk and his mate Hedz are just an ordinary caveman and cavewoman struggling with the everyday existence that comes when one's place in the food chain isn't all that clear. Then a little caveman shows up and convinces them a neighboring tribe is amassing weapons of mass destruction in preparation for an assault on their village, and everything changes... with hilarious results.

Not too thrilled about the tools available on KDP. Its a trial to work out how many books you've sold so far. Its much easier on the Smashwords Dashboard. Better publishing experience as well, plus they distribute to all the main online stores.

Liberator's Ruin, a Steampunk/Fantasy available to buy for Kindle and Nook. Also available from Smashwords.

A novel of airships, alchemy and pirates.

The Supreme Goddess Of The Vox Aura a epic fantasy novellett by J.G Smith is available on kindle for .99cents.

Just released my new book Vampire Manifesto, check it out!

Dark Post-Apocalyptic Fantasy. Not for the kiddies

It's on kindle now.
http://www.amazon.com/The-Black-Orb-e...