Problems with Life/Emos and Goths discussion

I get bullied a lot for my appearance and the fact that I'm NOT athletic. No one wants to be friends with a writer/singer!

salad: awww :( in my skool people WANT to be smart (but not the popular guys...)

ignore them!! if they bully you, talk back to them!!

KB: Dont worry, im not athletic either! Wow! i would loveee to be a friends with a write/singer (well i kinda am actually)
but ignore them! so wut? you're not athletic, but only a few people are!

reply | flag *
message 3: by [deleted user] (new)
Mar 01, 2011 04:14PM
hey girls and guys!
Im avery.
Im the one who made goodgirls n stuff *blushes and smiles humbly*
Couseling and psychology runs in my family. If you are emo or depressed, just talk to me and ill help!

reply | flag *
message 4: by [deleted user] (new)
Mar 01, 2011 05:21PM
i need help now. I know i just said im not emo, and I NEVER go through on my promises, but i just went emo again 5 mins ago. My mother is horrible. I would NEVER NEVER NEVER IN A MILLION YEARS commit suicide or harm myself in a serious way, but i do cut with a plastic knife on my legs. I have 3 c's in a few of my classes, and my mom, who is already going insane and trying to get off of this addicitve depression meds that she dont need anymore and thinks im a dissapointment compared to my bro and sis just said that i have no future, no one will love me, and ill work at mcdonalds for life. I wish i was dead (again, no suicide) no, i just want to curl up into a ball and dissapear. my sis is good at gymnastics and popular, my bro is smart, and im just.... a fail. fail whale, because im so fat and ugly. oh, yeah, and my siblings are skinny, cute, perfect in school, attractive, the opposite of me. im just so sad. im SOO SORRY TO COMPLAIN I KNOW IM A HUGE WHINER. I just need... love. But I stopped believing in that, too. I only think god can love me and certain people can love me, but i know that other than that love doesnt exist. theres none./

Just reading that made me friend love you. I give love away like smiles, you may give a million and get a few but one smile is never new cuz the first ever smile went around and around and is probably the parent of all in your town XD So I believe that giving away love you may get back a bit but every bit makes a difference and every difference makes a bit XD

XD I conffuzle everyone don't worry.

And what I meant is that I have love abundant so I give it away every chance I get. I would die for virtually anyone.

Yep. And as a side note, MAGIC EXISTS! 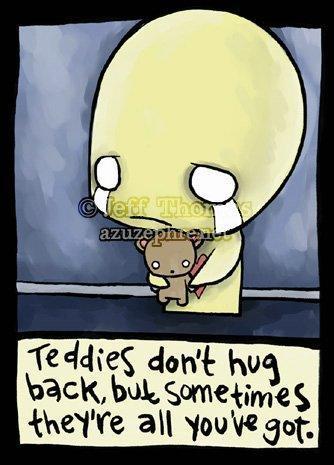 magic does exist. But love hardly does.

i used to love science, but now im a c student... i love drawing but everyone tells me i such so much at it except some friends in my chior....

huh, *sugh*theyre bad and sorta nedy. Im not a nerd but a nerd at the same time. a secret nerd. I love video gmes but people at my school treat it sort of not nerdy and cool for me to like zelda and mario and earthbound :) anywho, i made this series of Rps based off of a species that stood out to me in majoras mask: skull kids. They start out as kokiri, a race of people who always stay children. the kokiri village is in the kokiri forest which is next to the lost woods. any one who goes into the lost woods for to long gets lost and becomes a skull kid. they have wood
looking skin, but it is pale (like white wood) and wear strawlike clothing with ttorn reminants of their old clothing and have sad eyes and sharp teeth. they are undead too but not like vamps or zombies. they usually go into there trying to escape abuse at home, just accidentally go in there, of want to try to survive to prove themselves. I made my equivalent to a skull kid: medli. She is sort of sad but can be happy, like me. She wandered off right after she turned 14 when she was on a picnic. Her family tried to stop her, but the curious kid got lost and they could not find her. she was confused for a while and kept running from them when they were looking for her after she became a skull kid, but by the time she snapped out of it, they were already gone. they had stopped looking for her and died 100 years earlier. sorry for the stupid speach i know nerdy right? i know i have crappy old stuff from when i wuz 6 up there plz dont look at it.... ok u can but i will warn u its crap!

note: fairy is a cricle, not a jelly bean even though it looks like one :)

no thnx for stopping me... today someone called me a lesbian because if my short spikey hair

As a thing lesbians are awesome.

I know someone who's gay I love him to pieces XD jkjkjk he's just a really nice person.

They sound like my BFF but he likes a girl so y'know.

I hate life because I know that since seventh grade I will always be bullied because of what I did because I was bullied. The popular kids at TPMS will spread the rumors district-wide, and most of the people I know are in the district. I'm being informed by a girl on my golf team about the boy who ruined me forever, and she says he might be going to the charter school I'm going to. FUCK MY LIFE.

I'm gonna get bullied by the muffins and Chuichui's... I admitted to being bisexual.

I would love u if u were gonna destroy teh world and everything we know.... as long as we were still alive :D
id probably still luv ya then

KB (Beautiful Existence) wrote: "I'm gonna get bullied by the muffins and Chuichui's... I admitted to being bisexual."
It's okay to be bisexual. I know, I am, too ^^. Whoever bullies you about that is a close-minded son of a bitch!

Ursula the Strigoi wrote: "○Master of Zombies○~Haunted~ wrote: "I hate life because I know that since seventh grade I will always be bullied because of what I did because I was bullied. The popular kids at TPMS will spread t..."

"Ignore them."
Riiiight. Like I can REALLY do nothing and stand by as they throw trash and rocks t me and eventually slander me, ruining my life completely. 'Ignore' them. Right.

reply | flag *
message 35: by [deleted user] (new)
Mar 09, 2011 07:08PM
what assholes. mind my language, but its tru. Tell then to piss off and get something to defend urself wit, like pepper spray or a pocket knife. tell adults that theyre hurting u

Haunted, you are awesome! And yeah they are bastards.

Avery (link-giver) ☮♥♫ ♀★ ☺ wrote: "i need help now. I know i just said im not emo, and I NEVER go through on my promises, but i just went emo again 5 mins ago. My mother is horrible. I would NEVER NEVER NEVER IN A MILLION YEARS comm..."

I would so get along with you.

KB (Beautiful Existence) wrote: "Haunted, you are awesome! And yeah they are bastards."

Being bisexual is totally okay, unless you're one of the one-way-only assholes who happen to pop up and tell you you're effing insane.

Yeah. That's all the muffins but two and most of Chichui's class.

>:|
I hate one-way jerks. They think it's that you're only supposed to like guys or girls, but you can't love both! It's stupid!

I know! I was talking to this one kid that was trying to be open minded but thankfully was honest and said they thought it was weird, not bad, but weird.

To me, that's the same thing. Weird=Bad most of the time.
Or that judgment may be made because I've been called weird way too many times in UN-endearing terms. :|
Five of my friends are bisexual. To all of them, I am their one bisexual friend.

At least they're trying.

I found out I'm pansexual...

Or omnisexual. They're the same thing.

It means I like ALL sexes (Male, female, gender fluids, trans-gens) and for their personalities and not just looks.

Problems with Life/Emos and Goths