newest »
message 1: by [deleted user] (last edited Apr 11, 2011 05:54PM) (new)
Feb 24, 2011 05:20PM
Hello, guys! It's me, your gruesome gamemarker, Marissa. Just to let you all know, my arena is different...
If you are willing to give mine a try, believe me, you'll never see the shining daylight again. If you think your charrie is better then everyone is Panem, hey! This arena is for you. I just gotta be truthful with you guys here for a second.
I want this arena to be active and interesting. I'll do everything in my power to keep things going fresh and for our tributes to be...entertained.

So now that you've been chosen during The Reaping, I'll need some contact info.

Just be aware of the danger that lurks ahead...
Don't say I didn't warn you...

Mod
NAME: Darci
GENDER: Female
DISTRICT: 4
AGE: 17
HISTORY: Her parents have been training her for the Hungergames for a while.
SKILLS: She knows how to use practically every weapon, and then some.
OTHER: ...
APPEARANCE: 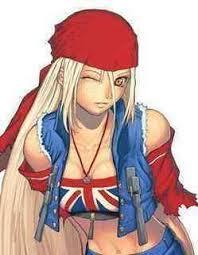 NAME: Jarent
GENDER: Male
DISTRICT: 1
AGE: 18
HISTORY: His dad abused him as a kid, and his mother had been killed in the Hunger Games when she was 18- exactly a year after his birthday (yes, he was born on the day of the hunger games). Both experiences made his heart cold.
SKILLS: He's best a swords, but he's pretty good at shooting arrows if he needs to.
OTHER: ...
APPEARANCE: 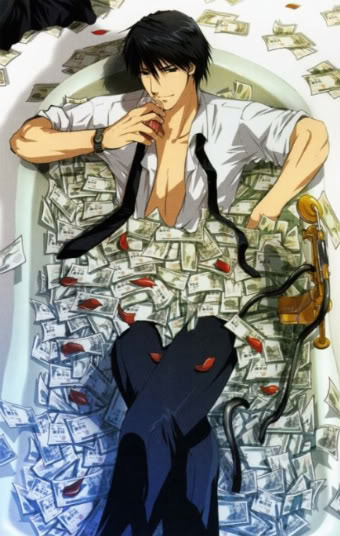 HISTORY: Cloud is some what unsocial. Her whole life she's never had a single friend. With her face full of scowls, all she ever wanted was to find peace with herself and to at least talk to someone. With living with a grandmother who can't even remember her own name, she leads to blocking people out. If the world won't hear her speak out, why should she waste her breath?

SKILLS: Her hearing is above average. When her grandmother forgot who she was, she'd tend to sneak up to Cloud and try to hit her with a frying pan. Little did she know that Cloud was too quick...
she's also very light on her feet.

OTHER: Her grandmother forgets her memory frequently. On most days, she'll forget Cloud is around and try to kick her out of her house.

APPEARANCE: Cloud is slick and lean. She's very tall for her age and consists of bruises and is very fragile. Her immense stingy blue eyes tell that she's always angry. But her babyface and golden ringlets that drape down her back don't seem much of a threat to people. It's her eyes that scare everyone...

NAME:Dee
GENDER:Male
DISTRICT:9
AGE:16
HISTORY:solitary hunter,used to being alone,with no friends to leave behind and a family full of sorrow he ALMOST doesn't regret leaving district 9......ALMOST.
SKILLS:Sword/Dagger Techniques,great camo skills,unnatural smell and sight. Climbs like a monkey.
OTHER: Great with a bow and arrow and loves throwing blades.Good body for gymnastics.
APPEARANCE: Black hair, leather jacket, and red eyes, lean muscular body.

have you signed up for the arena?

NAME:Rosaleah "Rose"
GENDER:female
DISTRICT:2
AGE:12
HISTORY: 2nd oldest of 4 children and helping her brother raise her 2 little sisters.
SKILLS:close combat and knife/dagger throwing
OTHER: bi-polar and small for her age
APPEARANCE: brown hair always in pigtails about shoulder lenth.light green eyes. And a scar on her forehead because her brother tryed to kill her when she was 5.

NAME: Lost
GENDER: Female
DISTRICT: 12
AGE: 15
HISTORY: She worked at a bakery, and sometimes brought home the leftover bread. Occasionally she would go past the fencing and gather plants and other meat caught in traps.
SKILLS: Hunting, running.
OTHER:
APPEARANCE: Midnight black hair, dark violet eyes, skinny, about 5'9".

NAME: Ricca(REE-ka)
GENDER: Female
DISTRICT: 8
AGE: 17
HISTORY: Her mother died in childbirth, and her father, not wanting another child, almost gave Ricca away. But instead, he made her work hard everyday at her mom's herbs station. A year before Ricca's Games her father died, falling down the stairs and breaking his neck. Her eldest brother and sister, thinking she did it in hatred for her father, thought of her no longer as a sister.
SKILLS: Running, fighting, strength, will, swordsmanship.
OTHER: She almost had no token. Her twin, her elder by minutes, gave her his rabbit's foot, dangling on a link chain.
APPEARANCE: Ricca

NAME: Correlle
GENDER: Female
DISTRICT: 7
AGE: 16
HISTORY: Orphaned at nine, her neighbors took her in and gave her a home. But when she turned 16, she had to enter her name as many times as possible in the reaping, as her new family thought she could fend for herself at this age.
SKILLS: Running, hand to hand combat, wit, swordfighting, bow and arrow.
OTHER: She's very voracious and her token is a silver pebble.
APPEARANCE:
Long brown hair, green eyes, pale-ish skin.

Alrighty, I hope you don't mind me creating a character in this arena as well.

NAME: Isaac
GENDER: Male
DISTRICT: 5
AGE: 18
HISTORY: His parents went missing when he was a small child. And of course, everyone picked on the orphan, not a single kind soul leaned down to him to say a few gentle words to him even once. So Isaac understood the simple truth of the world: "Strength creates fear, and fear creates control. Whoever is feared the most controls the people arround him."
Based on that simple truth he trained. Day and night, until he was finally able best an adult with a sword, this happened when he was still 15 years of age.
At 17 he applied for the Worlds Greatest Swordsman tournament and placed 1st int he competition. After that he was allowed to live in the capital as a priviliege for winning, however it did not last long as the goverment simply gave him a week to bask in the luxury of the main city. They only needed a week to broadcast it on television to show the people that everything was fair, and then straight afterwards they announced him volounteering of his own will to an Arena. Straight after that, on a nice little morning he had awakened in a facility known as the "Training Center".
SKILLS: As stated above, swords. Nothing else. Just plain swords, but he's damn good at them.
OTHER: He had a sense of honour, however he has never used it due to not having the chance, he had never been close enough to a person to even risk something for him. That is why he had grown to be the emotionless man with a frozen heart.
APPEARANCE: http://img708.imageshack.us/content_r...

NAME:Xara
GENDER:F
DISTRICT:9
AGE:12
HISTORY: Raised as a hunter, she knows many of the techniques used to kill. Youngest of six, all of them older bothers. She has kinda raised herself, but she still remains cheerful at everything.
SKILLS: Bow & Arrow, small daggers and throwing knives... Climbing...Sprinting...
OTHER:
APPEARANCE: http://www.google.com/imgres?imgurl=h...

Dear Tribute,
I'd like you all to keep in mind that I'll have the very best of the best gamemaker looking out for me. Greyson Whyte. Shaggy black hair with a scar down his face. He'll help me and put you troublesome tributes into place.
Didn't I tell you this was a different Hunger Games? This isn't how it was last year. Some rules have been changed or replaced. You'll see soon...
Just know, no matter how hard you try to hide, how fast you'll run, I'm always watching.
-Marissa

So when is this arena starting?

HISTORY:He lives happily with his family. However, he is blind as a bat. He cannot see at all. He uses his ears and a type of sonar ability to determine where he is. No one knows of his disability but his family.

SKILLS:He can throw ax up to 20 feet. He is a quick runner, and even with his disability is very surefooted. He can climb rather well, though it gets a little iffy higher up.

OTHER: He is very clever and knows his way around the forest.

APPEARANCE: Dark brown hair, just below his ears. He could be described as 'The next Finnick.' He is really that sexy. His eyes are a light brown, and seem to be slightly vacant of life. He is medium height, with a very strong build.

Name: CHUCK NORRIS
Gender: male
District: 12
Age: infinite
Skills: Amazing at hand-to-hand combat, pretty bad at hiding, good at swimming, and pretty much useless in the archery department,but great at throwing knives and trap setting.
Looks:Red hair, ripped to the fiftieth power, wears a cowboy hat
History: time started when Chuck was born
Other: can kick the crap out of you with his little toe THERE IS NO THEORY OF EVOLUTION! JUST A LIST OF THINGS CHUCK NORRIS HAS ALLOWED TO LIVE! has counted to infinity-twice!

NAME: Calico "Cal"
GENDER: Male
DISTRICT: 8
AGE: 16
HISTORY: Calico is the only child of a wealthy dye shop owner and a textile factory worker. He is something of a "whoopsie baby" since his parents were unmarried and in their early forties. Neither had planned to have children and only married for his sake. Regardless, Cal had a fairly happy, if isolating, childhood. He's had to go hungry a couple times, but no chronic malnutrition like many children in the district. His parents refused to let him put in his name more than once for the extra food. Better hungry than sacrificed, they always said. He plays well with others and prefers to negotiate or compromise over fighting. Before the Reaping, Cal was in the middle of his apprenticeship to his father, learning which dyes were correct for what fabrics and how to make specific shades of color.
SKILLS: Growing up among sewing machines and fabric dye doesn't give a guy a lot of Hunger Games skills, but Cal is fairly adept at poisons and can make palatable foods out of seemingly useless foodstuffs. Perhaps his easy going personality could be a skill.
OTHER: Another soul not very suited for the Games. A tailor and shop owner in training. Will probably die pretty early in the games.
APPEARANCE: Cal has ear-length near-black hair and matching dark eyes. His mouth is a little crooked so when he smiles he always looks sheepish. His skin is a pale peach that could do with a bit more sun. His fingers are thin, nimble, and perpetually stained with some color or another. His height varies between 5'10" and 6' depending on if he's slouching or not, which he usually is. He's a little on the thin side, both to his recent growth spurt and to his parent's refusal to let him take out a tessera.

((Hope I did everything right~))