readers advisory for all discussion

City of Thieves, by David Benioff - fictionalized account of a true story

Touching the Void: The True Story of One Man's Miraculous Survival, by Joe Simpson

True-life stories from WW II are definitely appreciated, but not if too much detail about life in prison camps is included...I just can't take it.

Are you looking for something like a novel or memoir that follows just one narrative? Or is a book with multiple stories in it okay?

I really enjoyed Deep Survival: Who Lives, Who Dies, and Why, which is a nonfiction book that describes quite a few situations in which people must try to survive after, for instance, a plane crash or getting lost on a mountain. It's occurred to me after typing this out that it might not quite match your request, though, since it's not just about those who survive - some of the stories he tells are about people who don't make it.

I also enjoyed In the Heart of the Sea: The Tragedy of the Whaleship Essex, which is another nonfiction book, this one about the sinking of a whaling ship. Moby Dick was based on this story.

I love memoirs, but have found that novels, e.g., City of Thieves, are often more exciting to read since they're written so darn well.

I will definitely check out both of your recommendations, thanks so much!

Into Thin Air: A Personal Account of the Mt. Everest Disaster

We Die Alone: A WWII Epic of Escape and Endurance (central character lives, no prison, was avoiding capture)

Thanks Chris ! I've tried "Into Thin Air", but just couldn't get into his writing style, but "We Die Alone" is right up my alley!

Mod
are you more interested in the mechanics of escape, or the psychology of it all?

Both, but my fascination does lie with the mechanical side of things. Like in Colditz, they flew out of the castle on a homemade glider. Amazing!

I've just added The Great Escape to my list of books I love in this genre. Brickhill goes into great detail, including photographs, of the ingenious devices that were built in the course of this daring, huge escape.

The wow factor here definitely won't come from reading fictionalized accounts. What I love and find inspiring is that real people really did these things.

Emily, I'm currently reading A Child al Confino: The True Story of a Jewish Boy and His Mother in Mussolini’s Italy. The boy and his mom do stay one step away from the Nazis. I'm not sure if it is quite what you are looking for, though.

Chris, I find this kind of reading very compelling, just what I was hoping to find. Thanks!

I bought this book years ago, but haven't read it yet. It seems appropriate: [Book:Papillon] by Henri Charrière. It is an autobiography about an escape from prison.

Papillon is the book that got me hooked; I read it in high school. I think I'll add it to the original list, up top, on "books like these"! Excellent read, very well told story, amazing tale of survival, and TRUE!

I loved Shantaram, a fiction-based-on-fact account of an Australian ex-con escaping authorities by getting lost in India. I liked Papillon, too, but keep in mind this one is also "based on fact," but very much elaborated to make a good story. The author admits not all the events actually happened to him -- some are rumors or other people's experiences amalgamated.

Also, for WWII, The Long Walk: The True Story of a Trek to Freedom is an incredible account of walking from Siberia to North Africa, escaping a penal colony. I understand it's a movie now, too, but I haven't seen it.

Lone Survivor: The Eyewitness Account of Operation Redwing and the Lost Heroes of SEAL Team 10 is a contemporary escape memoir from the war in Afghanistan.

Jason, you're right. Papillon the movie was a great showcase for both actors. Dustin Hoffman takes a role that was much more minor in the book and expands it (thus, again, changing the story) to a heroic and sympathetic lead.

Here are some fiction escape/survival stories with female protagonists:

Nevil Shute's A Town Like Alice weaves an amazing WWII era tale of escape and survival where the female protagonist, Jean, a young British woman in SE Asia becomes a prisoner of war force-marched for miles and miles.

Sufferings in Africa: The Incredible True Story of a Shipwreck, Enslavement, and Survival on the Sahara is a classic survival and escape memoir.

Emily! I can lend you Shantaram!

A coworker is reading something and his description seemed to be exactly what you're looking for: Unbroken: A World War II Story of Survival, Resilience, and Redemption by Laura Hillenbrand

Eh?Eh! wrote: "Emily! I can lend you Shantaram!

A coworker is reading something and his description seemed to be exactly what you're looking for: [book:Unbroken: A World War II Story of Survival, Resilience, a..."

Emily, Unbroken is a very good book, but it does chronicle imprisonment and abuse in a prison camp for part of the novel.

OMG, no time to write. Off to Powell's TODAY, thanks everyone. And YES on the Long Walk -- absolutely hands down amazing, and TRUE. Thanks everyone!

Yay, you liked the Long Walk! I am smiling even though it is so sad.

Kathrina, Didn't like it... it was one of those books I couldn't put down until it was through. I didn't even want to eat... Amazing, from start to finish! Thanks! Em

Turns out in spite of its title, The Long Walk: The True Story of a Trek to Freedom is probably NOT true.

A new Peter Weir (remember when Master and Commander came to the screen)? movie titled The Way Back is based on the book and that has brought new attention to whether Rawicz's account was a hoax or a rip off. Seems like it was a rip-off -there really was a walk, but Rawicz didn't actually walk the walk!

I tried to track down the claims about the story's falsity in my review but here's the gist of it:
After Rawicz died in 2006, a BBC radio documentary uncovered military records that showed that Rawicz was serving in Persia (now Iran) at the time of the escape.

Witold Glinski, in Cornwall, UK made a public announcement in May 2009 that similar events did happen, but to him (not Rawicz) -The accepted belief now seems to be that Rawicz read of Glinski's account and sensationalized it as his own adventure. 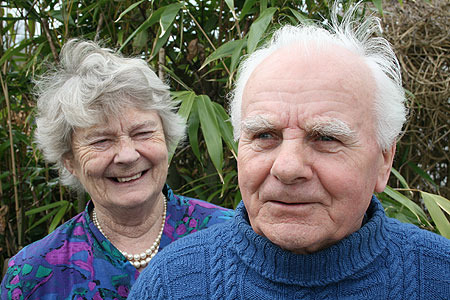 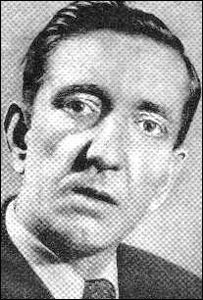 Emily wrote: "And YES on the Long Walk -- absolutely hands down amazing, and TRUE. Thanks everyone!"

Although Shantaram has a bit about the narrator's prison escape, it is mostly about his life in India. The time is spent on the run but that has little to do with the plot or scene; it is not really an escape book. It is, however, excellent.

How about Rabbit Proof Fence? It's a true story about three young girls who escape from a settlement school for Aboriginal children and must cross half a continent in order to be reunited with their families.

Thanks for recommending Deep Survival: Who Lives, Who Dies, and Why. It helped me understand why I'm so fascinated with this topic. Also contains a wonderful bibliography, so I've got books to read for the next year.

I'll definitely check out Rabbit Proof Fence. Reminds me of a book I'd forgotten about, which peripherally fits into this genre: Two Old Women: An Alaska Legend of Betrayal, Courage and Survival. Absolutely beautiful legend of courage and survival - only complaint is it's such a short read.

Natalie wrote: "Turns out in spite of its title, The Long Walk: The True Story of a Trek to Freedom is probably NOT true.

Jason (FNORDinc) wrote: "mmm. both great books, BUT also both great movies."
To be sure! The Great Escape, though a lovely film, made the whole affair out to be a bit more of a party than it was though. But still, the famous McQueen scene with the motorcyle alone is worth the price of admission.

Chris wrote: "Emily, I'm currently reading A Child al Confino: The True Story of a Jewish Boy and His Mother in Mussolini’s Italy.
Chris, I'm half-way through this, and it's a good read. Skimpy on action, but rich in giving one a sense of the way the times felt. Plus, what a bizarre set of circumstances. I knew nothing about Mussolini's "al confino" practice before. Thank you.

which was quite amazing (though a little graphic).

Mod
did any of these work for you?

A Long Way Gone. It's a completely true account of a boy escaping the civil war in Sierra Leon. Especially nerve-wracking in the will-he-ever-escape way when he is forced to become a child soldier.

readers advisory for all