RP.....What else can I say? discussion

Mod
Name- Alec
Age-19
Gender-male
werewolf
App- http://your-hairstyles.com/img/arts/2010...
Per- Alec is nice and shy most if the time but he can be rude and angry, it take alot to get on his good side but once your on it he will start to slowly open himself up to you but one wrong move you'll get on his bad side which is not the place to be, Alec is closed and guraded, very quite but watchful. And will something jump into thing without thinking if it mean he will safe a loved one, he also has horrible nightmare about his parents death
Status- Single
Crush- Open
History- Alec parents where killed by a group of Vampires when he was still a baby, but before the vampire could kill him a pure white wolf took Alec to a Women name Isobel who told him about werewolves and vampires. Alec only 5 years old at the time was raised by Isobel like he was her child, as Alec grew Isobel became more and more guarded until One she just left a 13 year old Alec to fend for himself, leaving him a huge amount of cash and a key to a lockbox, inside the box was the Stone necklace, Vervain. wolfbane, and A map that had Mystic Falls circled on it. On his 17 birthday he comes to Mystic Falls where he has being living ever since
Other- has a white stone that he where around his neck on a cord that is soaked in vervain, so if any vampire touches the cord the vampire's hand will start to burn, the stone sometimes will glow in the moonlight, and when Alec turns into a wolf the cord becomes bigger so it can stay around Alec's neck without choking him

(let me guess; u read or watch the vampire diaries;)
Name: Ivy
Age:18
Gender:Female-vampire
Apperance: I'll upload later ( my computer is so slow today...)
Personality:She sweet & all but at times dangerous too. Shes quick & can defend herself
Crush: open
History:Ivy lives in a foster home, or well she used to. Anyway she met this handsome guy and well he took her breath away. They dated for a while, and then one night she met him at his house, & he bit her.He was going to drain her, kill her, but Ivy found a leg post of a chair & staked him, but he took to much blood already & she started to change. Shes been a vampire for six years now, & she hates the fact that she can't walk in sunlight;(

Name:Myra
Gender:Female
Age:18
Picture:http://www.hairstylesatoz.com/wp-cont...
Personality:nice, shy
Crush:open
Other: Was turn into a vampire when she was 16. Lives alone her parents died in car accident. Does not open up to people easily.

Name: Spencer
Gender:M
Age:18(or claims to be as a human)
Picture: http://3.bp.blogspot.com/_obfImEobNNo...
Personality:quit,liad back,and generally doesn't like to be messed with.
Crush:Open
vamp/wolf:vamp
other:he doesn't hate werewolfs or like them but he comes from a family of wolf assasin's.

sure.fine with me.is she gonna be a werewolf or a vamp.I think it'd be cool if she were a werewolf,but it's up to you.

kay..I just thought it'd be funny if we had a bit of a mix but do what ever it doesn't bother me.

so when do you think you'll be finished. 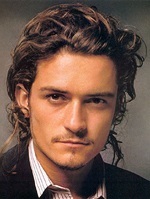 Name: Ether
Gender: F
Age: 20
PIcture: to be found
Role: vamp
Personality: Can be hot n cold at times
Crush: None. not looking either
Other: gay

hey Noria's creator-I'm not sure if I want Spencer to have a crush on a Vamp......sorry I just really think it would play into his background better if he liked a Werewolf.

hey but you could make another character who is a werewolf and that'd be awesome.