Fans of The Hollows series by Kim Harrison discussion

I found this at B&N.com for my nook. At first I was skeptical but I downloaded it anyway. It sat for a few days. I regret that SO very much. The author is posting the book on her website a chapter at a time until the entire thing is up.

I LOVED reading what I had on my Nook and went to the website to see that she had up 9 or so chapters. There is a link at the bottom of each chapter to continue to the next one.

I don't know how I missed this news last month....
Did everyone else see that The Hollows was sold to a TV network?

Yeah, I'm disappointed. I expect them to totally ruin it, lol.

There was discussion about it on some other board here, lol.

I hope they don't or I'm sure there will be nothing past the pilot episode. :(

But it's the CW. It's poised to be awful, though they give shows more chances than just the pilot. They are used to low ratings. If Kim was going to have a hand in production like the author for A Game of Thrones it might stand a chance, but she won't. She won't even have a hand in the casting. All she will be good for is a "based on novel series by Kim Harrison" in the credits...

AH No! Not the CW anything but that, their shows are always so cheesy. Damn it I'm way behind on everything. *stamps foot like toddler* LOL :)

I felt the same way. my initial reaction was excitement at having a favorite series greatness be recognized by Hollywood, but then when i saw it was The CW my heart broke. Nothing good has ever come out of the CW. So now my concern is that The Hollows will be misrepresented as some Teen or Tween story of sexy angsty vampires and sexy angsty witches. They probably won't even get Rachel's hair right. Don't call me a pessimist, I prefer the term "realist". ;-)

I'm in agreement with everyone here. Of all the networks to pick up the Hollows series, it had to be the CW. I guess it's inevitable, seeing as how everyone is all over anything that might resemble Twilight. Not that I'm comparing The Hollows to Twilight. *gag* But I can see why a network would try to market this to the Twilight crowd. For them, it's all about the ratings.

I have been lurking on this thread since it started. I wanted to let you folks know that Kim will be a consultant for the pilot as well as the series. But, we need to get the pilot released and off the ground.

Kim will not have a say in who the actors are but she will be involved in the story line. She has already had a couple of conversations with the head writer.

Keep it positive and keep your fingers crossed that the pilot will be released."

let me know how it is.I pass so far

With the recent sucess of Grimm and Once Upon A Time i can see how the CW would be wanting to jump on the bandwagon. Im kinda excited.

Who would you chose to play what role if you were casting director?

Well I'm glad to see that Kim Harrison will have a continued influence on the possible television series. There's some hope yet!
I just can't help but think back to when Anne Rice's Queen of the Damned was made into a film. I was sooo excited, I loved that book and I thought it had so much potential on the big screen... What a travesty.

Kenna I'll have to think about the casting choices. There are so many actors out there, and it would be hard to find one that would physically fit each character.

Whoever does the casting, I hope they actually read how each one is described. I'd hate to see a petite, busty blonde Rachel, and a pale, raven-haired Jenks.

Have to share...walmart has season 2 of true blood for $10.00 if anyones interested. Not sure if its only black friday or not but there you have it

A raven haired pale jenks would make me frown. I would frown harder than i have ever frowned before if ther messed up something as simple as a char. description.

Ok, I spotted one. What about Clemence Poesy as Cere? She's blonde, has what I'd describe as a delicate and somewhat otherwordly beauty. I could see her as Elvish royalty.

I really think Alyson Michalka would make for an excellent Rachel:


She would look great as a red-head and she's tall like Rachel:
https://www.google.com/search?q=alyso...

So was looking around deviant art and found a few things that I wanted to share..... 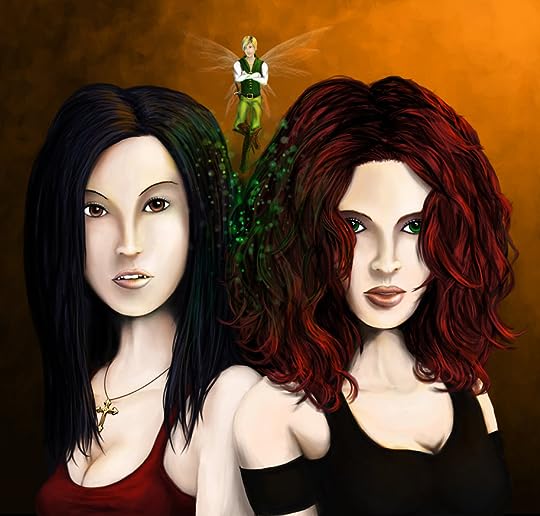 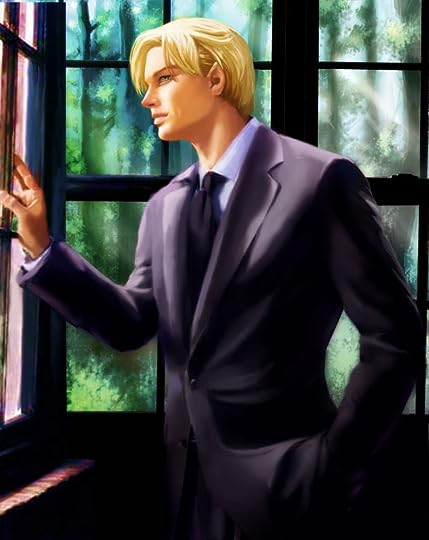 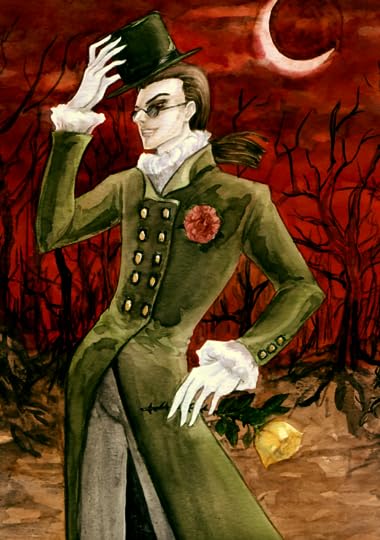 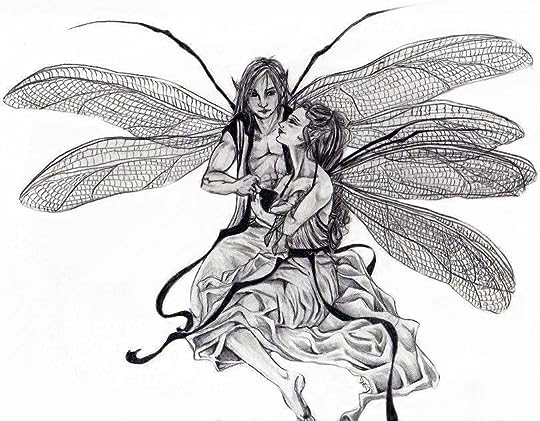 Last but not least, 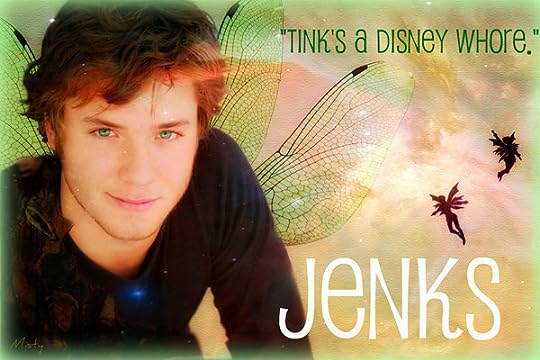 was done using the actor Jeremy Sumpter as Jenks. He played peter Pan so I think he could pull off a Jenks. http://www.imdb.com/name/nm0838911/

Awesome! The artist who did that amazing Trent also did this version of Rachel which I love. It looks JUST like how I imagine her. 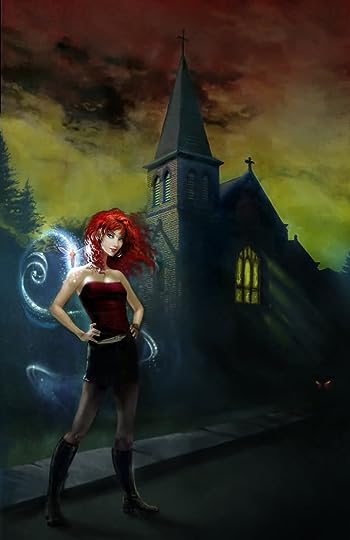 Oh, I missed that one! How did I miss that one, I thought I went through her portfolio....

Whos eyes are glowing in the background?

Those are amazing pictures. Shes a very talented artist!

These pics are awesome, very talented and pretty damn close to what I had pictured the characters to be.

yeah and I absolutely in LOVE with the Trent one. Those are all my favorite colors. I want to reach through and just stay in that picture forever. Honestly, It wouldn't even have to keep Trent in it, I love that background so much! >_<


Ok, yeah it would have to have him but it would suck because he probably would hate me anyway. >_> He hates everyone.

Kenna wrote: "Ok, yeah it would have to have him but it would suck because he probably would hate me anyway. >_> He hates everyone..."

Unless you're Rachel, Jenks, Ceri, Quen or the baby girls :P. Just put on a disguise charm.

I love that art of Trent. I wish the artist would do another one. Maybe one of him and Rachel.

She is a Trent/Rachel fan, but I think she said something about being out of practice. But DUDE!!! If she did it'd be glorious beyond imagination, rofl! She makes them both look SOOO GOOD!

Well who better to practice on than Trent? lol

Yeah, but maybe she secretly realizes that if she can make them look that good apart, together it'd just be a completely unfair amount of awesome.

Shannon wrote: "AH No! Not the CW anything but that, their shows are always so cheesy. Damn it I'm way behind on everything. *stamps foot like toddler* LOL :)"

no no, Vampire Diaries and Secret Circle are quite good, imo. I love those shows. HBO True Blod is different from the novels - therefore I'm not reading the novels - it would be too confusing.

I'd imagine it might be hard to do KH series on TV due the pixie - a lot of cgi or whatever? Costly.

VampireNovelFan wrote: "I really think Alyson Michalka would make for an excellent Rachel:


She would look great as a red-head and she's tall like Rachel:
https://www.google.com/search?q=alyso......."

Fans of The Hollows series by Kim Harrison