A very hard pick for me.
He is the well when I run dry. I have this picture hanging in my studio. I think he's been refered to as a 'painters painter' and so agree. I love his subject matter, his handling of the media, the whole way he attacks painting. And he's from California :D 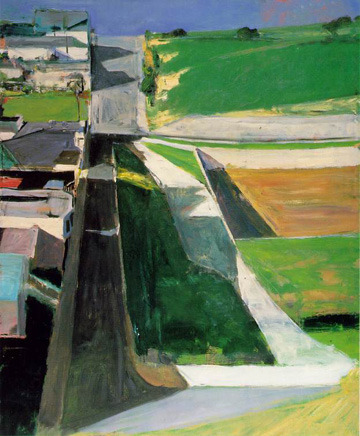 Richard Diebenkorn was born on April 22, 1922 in Portland, Oregon. His family moved to San Francisco, California when he was two years old. From the age of four or five he was continually drawing.[1] In 1940, Diebenkorn entered Stanford University, where he met his first two artistic mentors, Professor Victor Arnautoff who guided Diebenkorn in classical formal discipline with oil paint, and Daniel Mendelowitz, with whom he shared a passion for the work of Edward Hopper.[2] Hopper's influence can be seen in Diebenkorn's representational work of this time. (taken from Wiki)

And a very close second is Wayne Thiebaud, who again is a painter's painter. He veers into a bit of pop art, which I have trouble with, but when he hits it, he does it well.. again a Californian.
[image error]

Wayne Thiebaud (born November 15, 1920) is an American painter whose most famous works are of cakes, pastries, boots, toilets, toys and lipsticks. His last name is pronounced "Tee-bo." He is associated with the Pop art movement because of his interest in objects of mass culture, although his works, executed during the fifties and sixties, slightly predate the works of the classic pop artists. Thiebaud uses heavy pigment and exaggerated colors to depict his subjects, and the well-defined shadows characteristic of advertisements are almost always included in his work. (wiki again)

Thiebaud is better known for his cakes, but I MUCH prefer his streetscapes. He also did this yellow dress: 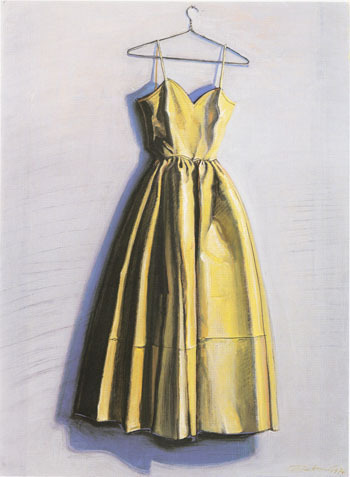 Yes, the folds are so well done, and the shadows... 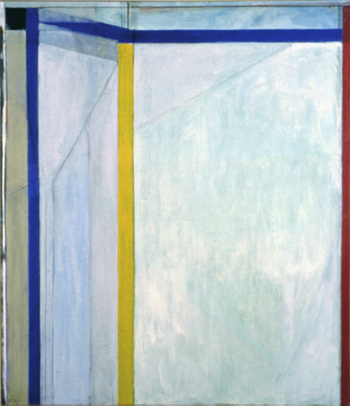 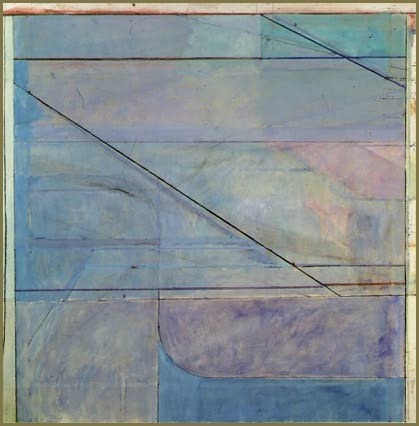 Interesting, Diebenkorn also created a garment on a hanger. "Etchings for Poems of W.B. Yeats." 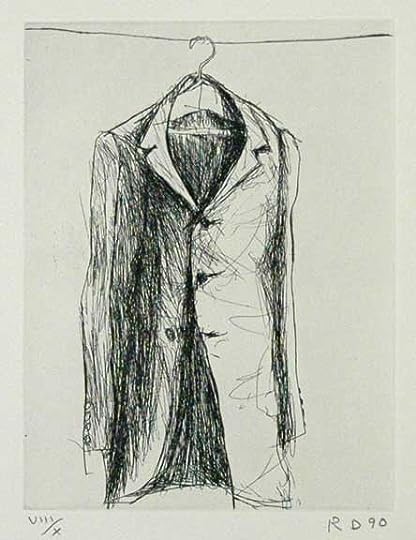 Diebenkorn and Thibaud. Great picks. I met D once, at an opening reception for a show at UC Riverside. Charming man.

Ruth-I bet! Love the works posted here too. That dress is great.

Oops. I mistyped. It wasn't Diebenkorn I met, but Wayne Thibaud.

I don`t know. It looks too much like my work if I was a painter, so I am not so enthusiastic about Diebenkorn.

Those gigantic planar abstractions, Diebenkorn's Ocean Park series. Austere, yet painterly and subtle and rich color. He did over a hundred.... 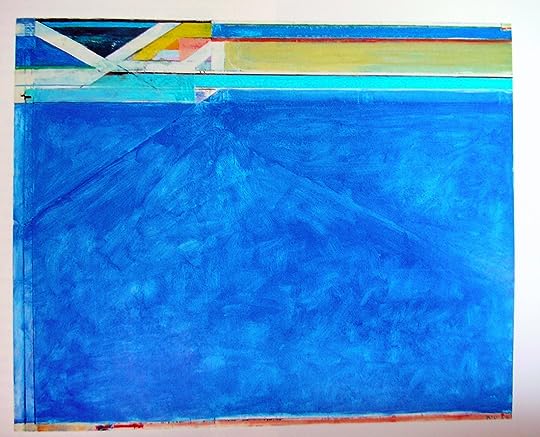 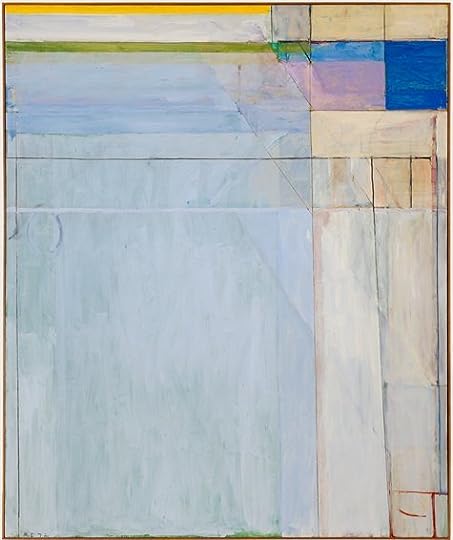 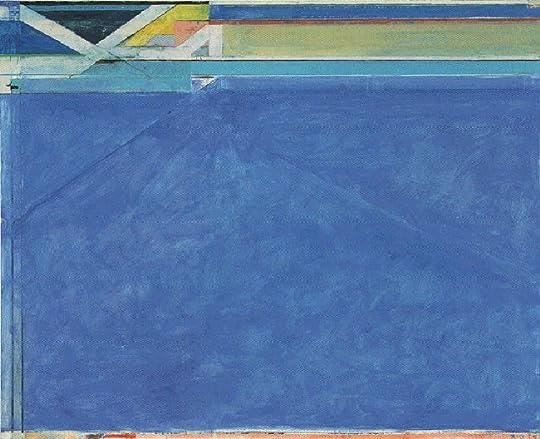 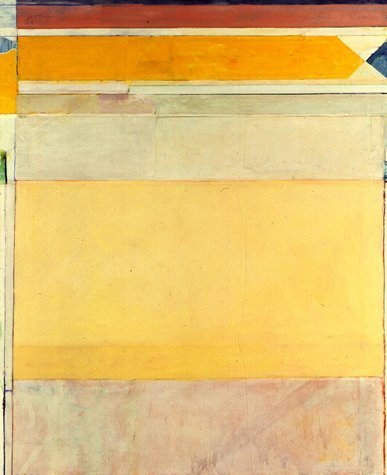 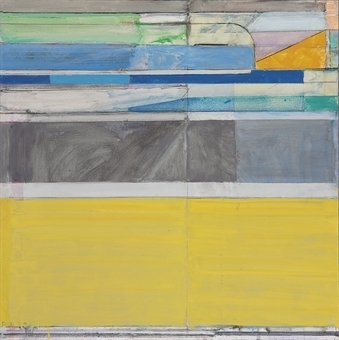 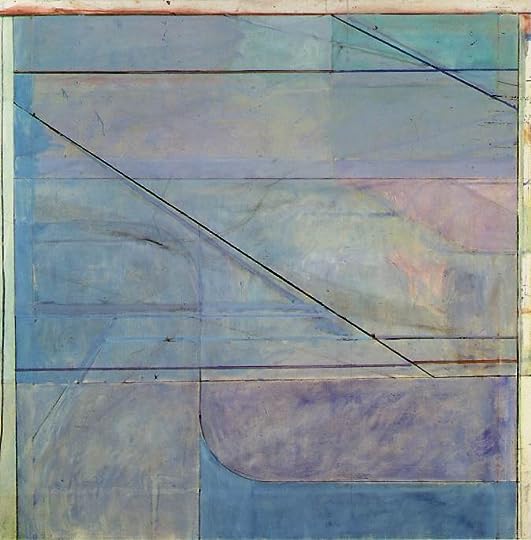 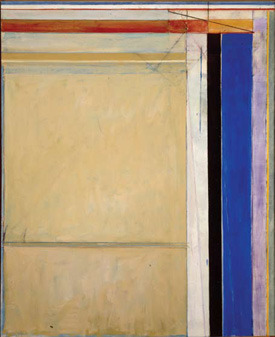 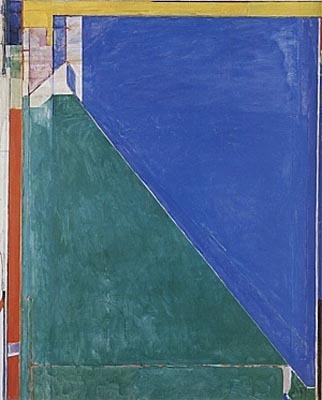 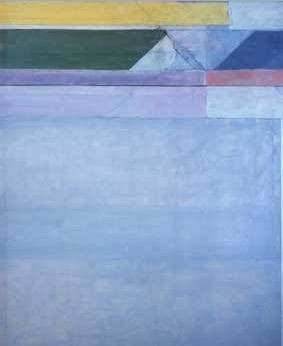 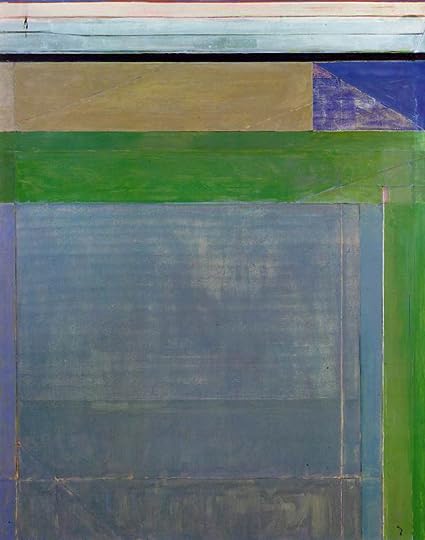 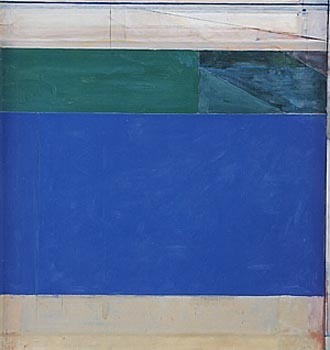 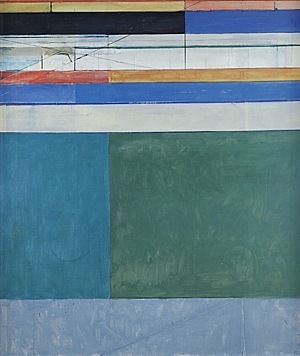 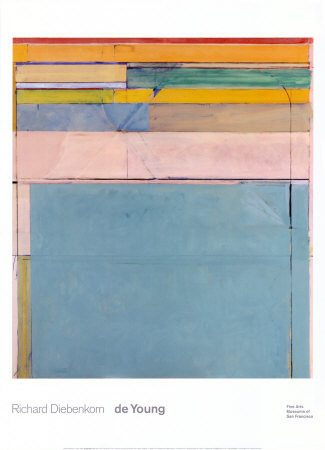 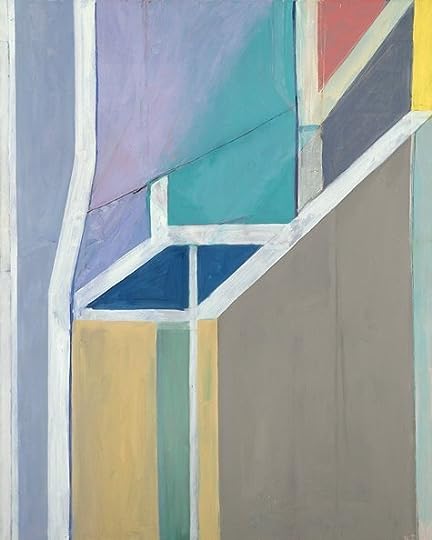 thanks for sharing these, everyone! i'd forgotten how much i liked Diebenkorn. and i have to say i LOVE Thiebaud's cakes, but that yellow dress! ohhhh, i want it!