note: This topic has been closed to new comments.
47 views
Feeling Nostalgic? The archives > Cricket Talk 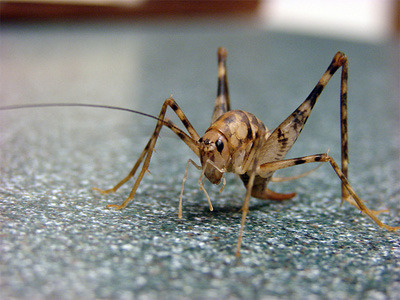 Those gloves look way too big for her.

She has on gloves?

Gabby, I'll read your thread so I can amaze Zu with my knowledge of cricket.

In the meantime, go Proteas!

guess i didn't know this about cricket...

"Most Americans may not know much about the rules of cricket, but the game is so popular all over the world that the top players’ earnings rival those of the NFL, NBA, MLB and PGA.

Case in point: Mahendra Singh Dhoni earns $2 million a year in salary as top cricketer in the India Premier League, but tack on endorsements from global companies like Pepsi and Reebok and the 29-year-old batsman takes home a cool $10 million annually."

reply | flag *
message 7: by [deleted user] (new)
Feb 15, 2011 02:33PM
I can buy into this thread. Although Australia hasn't had the controversy Pakistan has suffered. There seems to be a distinct lack of planning from the Australian selectors. Once Warnie & McGrath were gone the team has been a shambles. We have plenty of dead wood in the team. Ricky Ponting is washed up, Mike Hussey is too old (oh just checked the update, it appears he is injured anyway, no surprises there.); I love Brett Lee but he is forever injured; Michael Clarke is useless; don't talk to me about Michael Johnson (brainless twit). I am sure if I looked hard I could find some redeeming features in the side. My expectations for this world cup are for an early exit.

Oh, there they are!

reply | flag *
message 9: by [deleted user] (new)
Feb 17, 2011 09:04PM
Things are not looking good for Australia. We've had two preliminary matches, lost them both. One to India and one to South Africa. YeOuch, the South Africans passed us one down.

I see Pakistan has a nice warm up against Kenya on Wednesday. I don't need to wish you luck in that game.

reply | flag *
message 16: by [deleted user] (new)
Feb 28, 2011 05:44PM
Bollinger doesn't bring a lot to the team in terms of batting. :) He is a favourite in my house, my kids love him. I am not as familiar with your team. I haven't paid as much attention to cricket since I had kids and since Imran Khan left the team...showing my vintage now. :)

Gabby81 wrote: "South Africa has a flying start to this tournament and they look the complete package in all departments.
"

reply | flag *
message 21: by [deleted user] (new)
Mar 12, 2011 06:42PM
Another unsatisfactory result for my Indian work colleague. Australia hasn’t really gotten started yet. 2 wins and a nil result against Sri Lanka, next up is Kenya. Traditionally we like to lose a game to a side we should really smash. I hope it's not Kenya, we need the points.

I like the aggressive look of Aussie's bowling attack, Fast & Furious.
What attack?
Gabby, have you been watching them on "fast forward" again?

Oh, there they are!"

Now, see if you can spot her box, Jim.

My thoughts exactly Ian. I have been trying to convince Gabby that our attack is poultry. I think he has visions of past world cups clouding his view.

Gail «Cyborg» wrote: "My thoughts exactly Ian. I have been trying to convince Gabby that our attach is poultry. I think he has visions of past world cups clouding his view."
I wonder whether I misunderstood Gabby's comment.
He said he likes their aggressive "look".
My worry is they're all look and no aggression.
Glen McGrath wasn't about look.

Gail «Cyborg» wrote: "I wonder if your comment to Jim will be lost in translation?"
Don't encourage me, Gail, I still feel a bit guilty.
Sorry for the delay, I've been watching Rebecca Black videos.

reply | flag *
message 29: by [deleted user] (new)
Mar 18, 2011 04:57AM
No need to feel guilty or any need to worry about timely replies. Gabby will really appreciate having someone else to chat to about cricket. :)

I hope you're right, Gail.
Maybe I should tell a cricket story that doesn't involve a failed joke about a box?
My favourite batsman of the modern era is still Brian Lara.
When he scored 501 in the county game in England, the English newspaper, The Observer, did a special article to commemorate the innings.
One novel idea they had was to interview each batsman who had been at the other end of the wicket while he was batting.
They built this into a story of his innings.
There were quite a few, but the last one who was with him when he scored the last runs was actually there long enough to score a century himself.
So the interviewer said, "You were with him the longest. Did you notice whether he showed any particular weaknesses during his innings?"
"Well I did actually," he replied. "But there was just one.
"He tended to get incredibly nervous in the four hundred and nineties."

You're right, Gabby, but the only way they'd get an opposition out for 50 is if the opposition wasn't allowed to take their bats out onto the wicket.
Equipped with a toothpick or a lettuce leaf, 50 would be a pretty good score.

I haven't watched the second innings yet, Gabby.
But I don't think it's going to be much fun.
41 overs sounds like the run chase was a bit leisurely for this form of the game, but it was better than what the Stanis needed to do.

reply | flag *
message 34: by [deleted user] (new)
Mar 19, 2011 04:21PM
Congratulations on the win Gabby. Australias biggest problem at the moment is in its batting, bowling and fielding. Apart from that we are pretty good at sledging. It will certainly be a different world cup this year. There does't seem to be any side that is particularly dominant.

Well said, Gail.
Though I think sledging should be restricted to stand up comedy and social network sites.
If it's to be retained at all, they should limit it to the last 10 overs and call it a "power spray" or something.

reply | flag *
message 36: by [deleted user] (new)
Mar 19, 2011 05:05PM
Ha yes, it might give us a chance to really shine. So who are you tipping to win the world cup this year Ian? My Indian colleague thought they were in with a good chance. but his confidence has been shaken.

I haven't watched the match Gabby but did hear we had you 6 out for 150 so I imagine it would have been a great match to watch. I love it when Brett Lee bowls well.

Gabby81 wrote: "Gabby wrote: "Generally Pakistani bowling wins matches for us as proven today as well. "
Totally agree, Gabby. this is why I'd rather have your fast bowlers than ours at the moment.
Our fast bowlers aren't accurate enough, and our accurate bowlers aren't fast enough.
We all know why Steven Smith didn't get a go...
Gail, I'm not making any predictions yet.
As long as it's not South Africa (the Collingwood of cricket.)

Gabby, you're a very fair commentator.
Most Aussies, even the loyal ones, are very opinionated and negative at the moment.
I feel the same way as Gail about the captaincy.
Yet, I'm sure that Gail and I and most of the rest of us would get behind Ricky if he'd get some more consistent runs (again... it's not as if we know he can't do it).
Then again, if Ricky was performing with the bat, no-one would even be talking about him handing over the captaincy yet.
I have got so much pleasure out of watching Ricky in the past. Like Bradman and Lara and Tendulkar, he's extracted so much power and grace out of a relatively small body in a game that's easily dominated by the talls.
I love that about him.
I don't know how the finals are organised, but I think it will be Pakistan to beat South Africa (as long as you can score more runs than them!).
If you let them off the leash, they'll bite you.

It is pretty awesome that Ireland came away with 2 wins and Canada 1.

Gail «Cyborg» wrote: "Urhhh. It's going to be a tough day in the office if we get knocked out by India. Then again we could always win. :)

It is pretty awesome that Ireland came away with 2 wins and Canada 1."

I think if we get beaten by India, that'll be the end of us.
Aren't they going to exclude the minnow nations from future World Cups?
I would have thought it gives them something to work towards and helps build the game.
Gabby, haven't you recovered from your win yet?

Gail «Cyborg» wrote: "We can't afford the minnows to go! they seem to be the only ones we can beat at the moment. Gabby posted an article in msg 16 refering to the elimination of the minnows."
I read Ricky's comments, but he gets paid to agree with the ICC.
It's part of the rules that allow him to let off some steam on field and in the dressing room.
maybe we need two divisions with the possibility of elevation and relegation between the two.
I think we should also have two Australian teams (like the days of Australia A).
The top team used to be terrified that they'd get upstaged by the A Team.
It also gave the public an opportunity to see the next group of players perform outside the Sheffield Shield.
I am more and more convinced that Gabby is a closet Aussie, having read some of the earlier posts.
The only doubt is his unfailing sense of fairness and generosity.
How un-Australian!

Gail «Cyborg» wrote: "It's lucky he chose to move to Canada and not Australia."
Who?

Gabby. He recently immigrated from Pakistan to Canada.

Gabby. He recently immigrated from Pakistan to Canada."

Aha, he still has Karachi on his page.

reply | flag *
message 49: by [deleted user] (new)
Mar 20, 2011 08:31PM
I guess I should formally welcome you to the TerminalCoffee group. Jim is the usual group welcoming committee, as he's unlikely to venture back in here and you seem reluctant to venture out. Welcome to the group. :)

Gail «Cyborg» wrote: "I guess I should formally welcome you to the TerminalCoffee group. Jim is the usual group welcoming committee, as he's unlikely to venture back in here and you seem reluctant to venture out. Welcom..."
Thank you.
How do I get out?
Where should I go?
Are there other topics that are as fun as this one?