In full Kvothe fever mode right now, and got to thinking late last night who would be my dream cast. In order of how ideal I think they are for the part:

I like this list. I guess my only hang-up would be the fact that you have an almost exclusively British cast. Considering that Patrick Rothfuss is from Wisconsin I have never really thought of the characters sounding English or even European.

Good call on Joseph Gordon Levitt as Bast. I think he'd be perfect.

Guillermo del Toro or Peter Jackson as director then it would have been a good movie.

Totally agree on Joseph Gordon Levitt. He'd fit the seemingly unassuming role of Bast, but I'm not sure he could pull off the scary Fae side of him. Then again he's proven extraordinarily talented in Inception so who knows...

Jamie Bell as Kvothe?? No way... maybe he could fill the shoes of the older narrating Kvothe, but who is talented enough to portray the 15-year-old Kvothe prodigy?!?

Mod
Hm. I think fantasy tropes almost insist that our cast be English. Plus, let's face it- the only way Pat's beautiful, almost lyrical dialogue could be made more engaging would be for it to spoken in lovely English dialects. In a way though, he's set up some of that himself. Master Kilvin is from Elsewhere, as is his university friend Will. (and the noble... whose name escapes me right now) To do it with out a European flavor means we would have Midwest, Mississippi, New Orleans, Boston, and California-type accents to represent the different nationalities of the characters. I don't know about you but that doesn't appeal much to me! I want to revisit this thread when I have more time. My vote for young Kvothe would have been Thomas Brodie-Sangster but he is all grown up now. He has such bright eyes, I think he would have been perfect. And I was pulling for Simon Woods as Kote but he is also past the correct age. I think Emily Blunt might be a bit mature to play a girl that could pass from 16 to mid-20s too. :(

Crazy Uncle Ryan wrote: "I like this list. I guess my only hang-up would be the fact that you have an almost exclusively British cast. Considering that Patrick Rothfuss is from Wisconsin I have never really thought of th..."

The Ruh plant a more European feel in my mind. I can think of no group besides the Roma who would serve effectively as a corollary to them. From their reputations as both performers and the negative stereotypes as thieves, to the ongoing prejudices against them at play in Europe *cough Sarkozy*, there are just too many factors for me to think of them as anything but European.

But the idea of Denna speaking with Francis McDormand's accent from Fargo is pretty great - "Howdy Kvothe, how're ya today?" :)

Mary wrote: "Hm. I think fantasy tropes almost insist that our cast be English. Plus, let's face it- the only way Pat's beautiful, almost lyrical dialogue could be made more engaging would be for it to spoken i..."

My Kvothe choice was low because I knew it wasn't ideal, and more of a personal preference. By far the hardest role to cast The idea of finding an actor who can play music, sing, and be tough as hell was my main consideration for Bell. Finding a 15 year old to do all of that would be tough. Bell is multi-talented and he has a look that I think fits Kvothe. I initially considered 27 year old Domnhall Gleeson.

But Kvothe is also constantly remarked to appear much older than he actually is, and that is the biggest factor in why I think Bell would be a good choice. Bell is only 24, so he isn't that much older than Spangler, who is now 20. I think it would be easier for an older, more experienced actor to play younger than for a younger to play older.

I can't get the image of Daniel Radcliffe, when he gets a little older, as Elodin out of my head. I think he would be perfect. Otherwise, I can't imagine any celebrities who would fit the roles.

Haliax- Ralph Fiennes (previously playing voldemort could be a problem)

I had a strong picture of Eddie Redmayne who played Jack in the Pillars of the Earth mini series, as Kvothe. I think he's flexible enough to play older, but not younger Kvothe though.

Kvothe is so hard to cast! I can't think of many young actors who could really get the role just right. It can't just be another pretty boy; this pretty boy better have some mettle!

I'm not so sure about Tim Roth as Elodin. Maybe a younger Tim Roth, around the time of Reservoir Dogs. But now he's a little too... grizzled. I've always imagined Elodin as kind of younger and skinny with great big eyes.

Here are some of my collaborative picks:

I concur Katie! Actually... these are JUST the people I was visioning too.

Others can be:
Abenthy - Jeremy Irons (may be too old)
Option B & C for Meluan - Gemma Arterton and Eva Green
Wilem - Liam Hemsworth

By collaborative I meant Caroline chose all these :) But I concur.

The one we're stuck on is Auri.

I was just thinking; Dame Judy Dench or Helen Mirren as Shehyn.

Just imagine either of them in a sparring scene, weaving and dodging a la Jackie Chan.


I agree with alot of there. I had to look at them on IMDB to get a feel for how they'd look. That and I'm a huge Nathan Fillion fan and having him in the movie to my favorite book of all time would a amazing!

Nathan Fillion would be perfect, and I hope that Patrick would agree since he loves Joss Whedon so much! 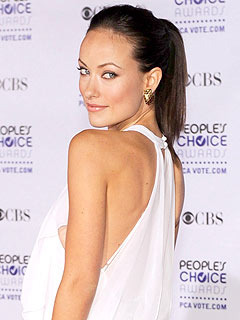 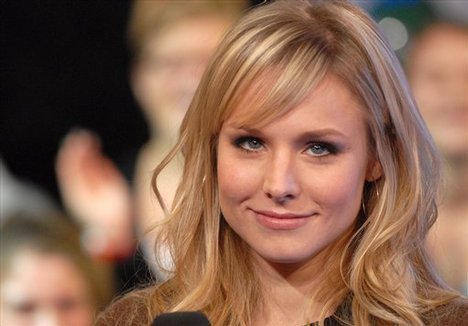 Kristen Bell for Devi! Anyone who has watched Veronica Mars can attest to this: she definitely has enough sass for the part. 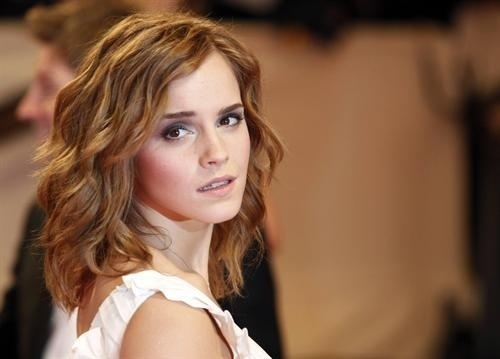 I actually think Emma would be a good Devi... it could break her out of the whole Hermione role! Especially now since she doesn't like to smile in photographs.

Good choice! I was gonna say Felurian or Denna(contacts)!

@Gavin: Thanks! Based on appearances alone, Olivia really is a perfect fit for Felurian - not only is she beautiful, she's beautiful in a very wild, striking, unusual way.

@Caroline: I have to disagree, haha. I like Emma, hence the nomination, but let's be frank: She's a passable actress at best. The role of Devi calls for a great deal of sass, ballsiness, and attitude. (Which is why I chose to 'cast' the actress behind the wonderfully fierce and feisty Veronica Mars!) I don't think Emma would be able to pull it off.

Besides, Devi is probably in her mid-twenties. Emma is 21, and tends to look even younger.