Through The Looking Glass discussion

Suit Allegiance: She is loyal to her mother, Queen Alyss Heart, of the (duh) House of Hearts.

Appearance: Ev is thin and willowy, her limbs long and graceful. She's tall, but not overly so, and has excellent posture and a look of grandeur about her that makes her instantly recognizable, and she manages this all while being shorter than most boys. Her hair is like her mother's, long, silky, and black as onyx. She hasn't cut it since she was six, so it's length is near her ankles, and she often keeps it in a long braid, which she pins up into an elegant swirl near the top of her head on special occasions. Her eyes are a mossy green hazel flecked with blue. They are extraordinarily expressive, and rather beautiful and unusual, and have been compared to gemstones and other sparkly, rare, beautiful things. She has many suitors, all of which she adamantly refuses, saying she'd sooner marry a gwynook.

Personality: Ev is not the type to sit around doing nothing all day, talking with other girls her age of boys or shoes. She'd much rather go to her lessons with her tutor, Mr. Harte, sneak out of the palace to go to the Millinery, or go and visit the other imagineers, the writers, the artists, the sculptors, or the painters. She's a free spirit, but when her mother expressly tells her not to do something, she doesn't do it. Her imagination is one of the strongest in all of Wonderland, and when she goes through her looking glass maze, it will be stronger still, but she doesn't use it much, only using it to practice the more complex aspects of imagineering. She is quiet, but that's only because she's thinking, rather than speaking, and withdrawn and emotionless when she isn't extraordinarily close to you, preferring to keep her thoughts and feelings to herself. She is extremely selfless and brave as well.

with the little h vein on her neck. She doesn't wear the same jacket as Hatter, but she has the hat, wrist thingies and backpack full of different blades.
Personality: very playful, friendly and kind, open, but can be a little withdrawn and quiet, is overal very calm and levelheaded
Other: is a halfling(so she has all the wrist blades and sterf) and a minor guard in the castle, would much rather be at least a foot soldier

Guess I won't since I won't be allowed to go on this website... But when I can come back I will! Bye though, and have an awesome time! ;A;

Yep, I sent you a message.

Yes, there are, and WOW this group has been inactive.

ik! i ttly forgot... but in my defense i was the last person who posted in the rp! ... i think? and woah! Everley i thought ur character was 14! 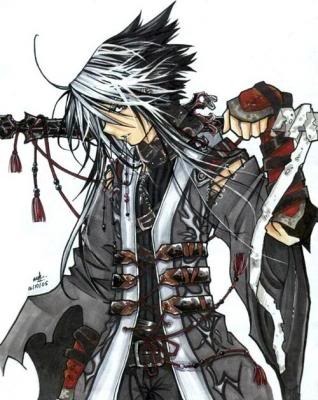 Personality: He doesn't talk much. He keeps his feelings secret. Almost like Dodge, but he's much harder on himself. Very tough on himself.
Other: Yo, are there crushes or anything?
He's the sister of Perri, too

Interesting...I was thinking if he could crush on Redd's daughter...that would create more drama, no? What do you think? Is it too extreme?

sure, that'd be interesting, no one is playing her though...

Oh, poo. Can I create a new charrie who's Redd's daughter?

And maybe Iason could crush on another Heart...Hmm...maybe not...we'll see?

hmm...which girl could he be with to create the most drama?

do you have a preference?

on which girl: Elektra or Ev?

i don't care, whichever u want

decide along the way, it's what usually works the best XD 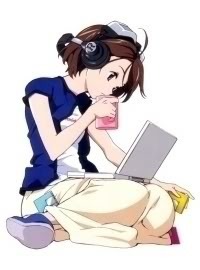 Personality: She is smart and kind. She rarely shares her thoughts or feelings with others, but she would open up when someone truly wants to know her. She's usually friendly, but she can be sarcastic or mad when she feels like it. But she's mostly gentle and shy.
Other: Even though she belongs to the Clubs, she is nice to other suits. Also, she likes to explore and sword fight.

yey!! someone that's not hearts!

and now the guys are outnumbered three to one. sad for them.

I'll make a guy later then. 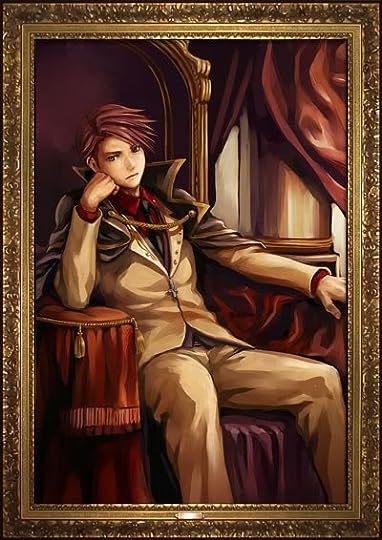 Personality:Despite his family's disloyalty, he supports the crown. He is(unfortunately, a son of Jack of Diamonds), and he really does not want to be like his father. He seems sly at first, but once you get to know him he is kind, smart, and gentleman-like.
Other: Can he crush on someone? Or someone crush on him?

Would be ok if my dude crushed on your charrie, Esther? And which name sounds better?

Julian and sure! XD

i just realized, u made a character in every suit except heart XD

Name: Rinara la'Vellin
Age: 19
Gender: female
Suit Allegiance: Heart
Appearance: Rinara is tall and wiry. She's lean and well muscled, and has tan skin from spending much time in the sun. Her hair is dark brown, and reaches just below her shoulder-blades in choppy layers. She wears loose, mismatched clothes, and lots of layers, and a pair of well worn, high lace up leather boots. Her eyes are somewhat large, and a fiery gold. She wears a single golden bangle on her left wrist, something her mother gave her.
Personality: Rinara is kind, but very cautious. She's slow to trust, but very loyal to her friends and family. She's intelligent and stubborn, and never afraid to voice her opinion. She can be gentle when she wants to be, but that isn't often. She's respectful, but sometimes won't even listen to the princess.
Other: Her imagination is strong, but underdeveloped because of some... circumstances. See, she's actually related to Alyss Heart, and is Everley's cousin, but her mother never revealed it to her. She gave her the gold bangle, which was something from her mother (Rinara's grandmother). Rinara lived with her mother in the forest, away from everyone, really. Her mother chose the last name "la'Vellin" to hide who she really was.
Crush: Aidan

Through The Looking Glass