http://www.pandashepherds.com/yahoo_s...
Personality: fun, loving, is always happy
History: Was raised on Rose's parents farm of pure bred German Shepards, and was given to her as a present to protect her ranch
Other: he can sometimes be over protective of Rose and her belongings including her horses and ranch.

Name: Pony
Age: 5
Gender: Female
Pet: Pembroke Welsh Corgi
Owner: Shikayla Mckenzie
Looks:
http://www.dogbreedsaz.com/wp-content...
Personality: Playfull, Respectfull, Obidient.
History: She was found on the side of the rode at a few months old.
Other: She is used to help carry things around with a small pack that she has on her back. Carrying things such as: brushes, curry combs, briddles...ect. She helps the stable hands some times.

Name: Koontz
Age: 2
Gender: Male
Pet: Border Collie
Owner: Shikayla Mckenzie
Looks:
http://4.bp.blogspot.com/_Nn9OFoDR_oE...
Personality: Loyal, obidient, trained, serious
History: He was bought from a breeder two years ago.
Other: He herds the horses when needed. He keeps the horses in line and retrieves them from the pasture as needed. He was named after Shikayla's favorite author, Dean Koontz.

Can ii make a cat?

Personality: TBA
History: Dropped of at the farm because he was unwanted
Other: Likes mice 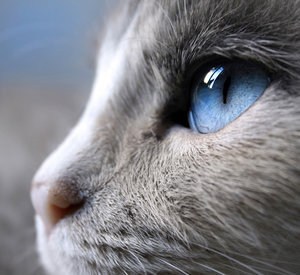 Personality: TBA
History: Grace found her as a stray
Other: Like to mess with horses

Won't Shimmer have fun with the Percherons! Lol they hit HUGE hooves!

Koontz besically protects the horses so...

reply | flag
message 26: by [deleted user] (last edited Feb 04, 2011 03:27PM) (new)
Feb 04, 2011 02:16PM
Name: Sheba
Age: 2 years
Gender: female
Pet: Great Dane
Owner: Rose
Looks: Black with white spot on chest and white tip feet only on her back right and front left, both are spotted with black.
Personality: sweet, sensitive, playfull,
History: She baught her from soome one who couldn't take care of her
Other: she is afraid of EVERYTHING! She thinks she's a lapdog. She is afraid of water.

pic doesn;t work. you can;t see the picture unless you are logged into facebook and i dont have a face book


Should Blake have another dog?

I'll put my puppy up too!

Name: Buck
Age: 4
Gender: male
Pet: Dog
Owner: Dru
Looks:
[image error]
Personality: Buck is a very unfriendly dog. He doesnt rele like people or other dogs accept ones he had been around for a long time. He wont bother them if they arent bothering him though. Buck is brave and very very strong. He has been through the worst so it made him brute.
History: Buck was taken from his home to work as a sled dog. His owner was abusive and made Buck mean. He doesnt trust humans very well.
Other: Hes a tough dog.

Name: Trueman
Age: 4
Gender: male
Pet: dog
Owner: Dru
Looks:
[image error]
Personality: Trueman is a good dog and rarely does anything wrong. He likes to be around the horses and he loves people. He is very social too.
History: Trueman was sold to Dru as a puppy and he has been with him ever since.
other: Trueman loves other dogs!

i'll sped it up to morning!

Do we have chickens?