no, you have to make ur own character...and you can't because u r soon to be a moderator.....duh!

Name: Tami Smith
Age: 12
Looks: She is 5'3 with brown hair, slightly under her shoulders. She has the prettiest green eyes its like looking into a feild of grass. Her body is average she is not skinny but she isnt really fat either.
Family: She comes from a family of 4, her mom, dad, and brother.
Story: She was just buying a candy bar because she wanted to, she isn't poor or rich. She walked in and baught just a normal chocolate bar. When she tore into it she found that she had found a golden ticket. She stuffed it in her pocket before anybody saw it and walked back home. She showed her parents and they decided that her dad would come with her.

reply | flag
message 7: by [deleted user] (new)
Jan 29, 2011 10:04PM
Mermaidfreak89 wrote: "yes. my story is that is that i am a mermaid who is buying a candy bar from a caaandy store under the sea.a princess is with her. they both open their candy bars and the princess has a golden tiket..."

reply | flag
message 9: by [deleted user] (last edited May 20, 2011 07:45PM) (new)
Jan 29, 2011 10:13PM
Name: Brooklyn "New" Yorker
Age: 16
Looks: http://andreapun.deviantart.com/art/g...
Family: only child
Personality: super loud and obnoxious, relaxed, super smart, thinks outside the box, creative, artistic, musical, unique
Story: Not a lot of people know this, but her dad IS Willy Wonka, but he doesn't let
her live at the chocolate factory. She spends most of her time with her mom, who lives in
New York, hence her name. Her mom first realized that the relationship wasn't working
out after Willy invested in a run-down factory. But, despite the fact that Willy is now rich
and famous, Brooklyn's mom still respects him. Brooklyn bought her way into the factory,
with a 5000% dark chocolate bar at a random 7-Eleven. Her mom will not be coming with her. She looks forward to seeing her dad, since she hasn't seen him in 8 years, but knows there will be awkward tension.
Falls for: really smart nerdy guys! Lol! (((Hence the Baljeet picture!)))
Other: She is super rich....((Mom inherited the Willy cash!!!))
Best friend: Esther

Name: Annabelle
Age: 15
Look: Big blue eyes, really pale skin, blood red hair, kinda vampiric, small, 5'1
Family: Only child and orphan
Personality: Quiet, thoughtful, bouncy, sweet, vicious if you're on her wrong side
Story: Annabelle parents died when she was 9 and from then she lived with her aunt. She's fanciful and believes she's part faerie. She was given a chocolate bar from her aunt and found the golden ticket inside.
Falls for: Strong, gorgeous and scary guys.

family: rich daddy and her barbie doll stepmom....she is an only child

story:she lives in LA....she was at her private school and it was snack time.......she stole everyones csndy bars and one happened to have the golden ticket...yay

Good. Way better than the one you made before. you are allowed to RP.

but u have to make ur own

i wasnt.... i was just stating the facts

im only on till 9

Name:Ty Blue
Age:17
Looks:[image error]
Family:Dad is rich and owns a big Dance company.His mother works for selling shoes.Finally,his grandparents live in his basement at his house.
PA:He is very fun,outgoing,and will always want to get up and dance,or make you laugh.
Story:He loves to Dance in his room when no body is home.His parents love to buy his things that are important for his school and Dance.His grandparents have lived there ever since their house has gotten burned down.
Falls For:Girls that are sweet,cute,good dancers,and are a little bit shorter than him.
Other:He loves to Skateboard too, has a crush.
Best Friend: Deuce 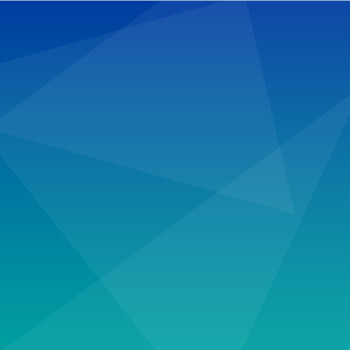 Family:Her mom left,her...her dad,and her sister.Her dad is a record producer.Her sister Jenna sings back up for her group.
Pa: Loves to sing and is usually busy with family too.
Falls for: Guys that are taller,funny,and just have a really good personallity and good looks.
Other:Her dad helped her into the sinigng buisness
Best Friend:Sami

we are never on at the same time

Name: Alicia
Age: 9
Look: http://www.dreamstime.com/young-girl-...
Family: she was an orphan and don't know her parents. She live with a woman whom she call Aunt Talia. She always believe in magic and fairy tales. And she was really love chocolate. One day, her aunt gave her a chocolate bar for her birthday and she found the Golden Ticket inside. That was when she know about Willy Wonka and his amazing chocolate factory.
PA: She was really innocence, nice, sweet and laugh, but she was easy to cry.
Other: none
....
Ah, tired :(

*cHaRlIe aNd tHe cHoCOlAtE FaCtOrY RP*