My favorite is Joseph and Anni Albers. I love how they made beautiful geometric images in glass (Joseph) and in weaving (Anni).

A few of Joseph’s glass works -- 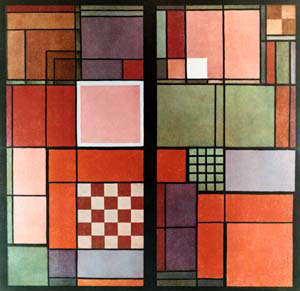 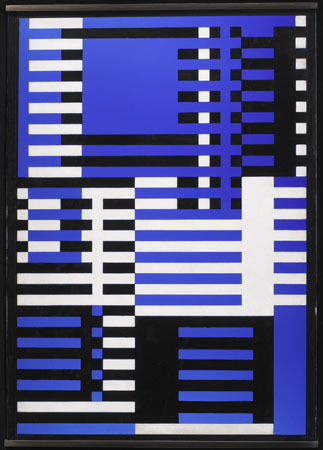 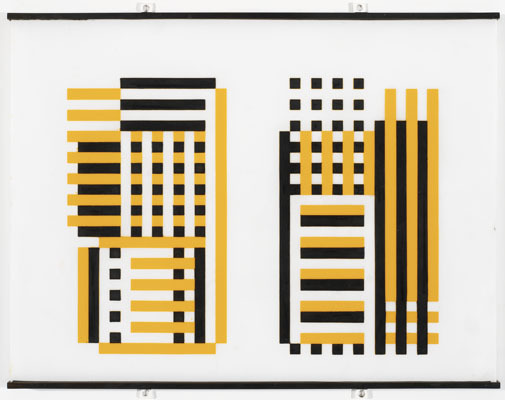 A few of Anni’s works. I think that she was brilliant. -- 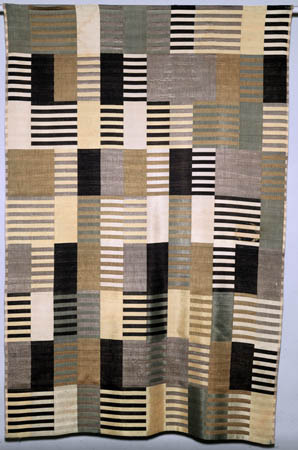 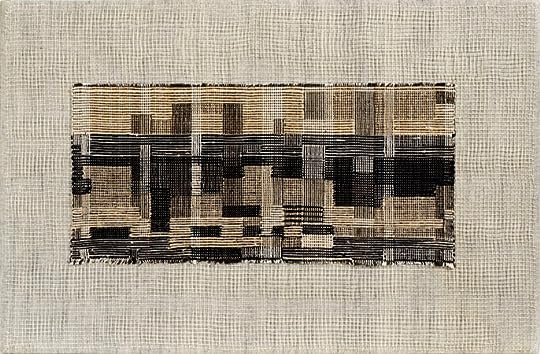 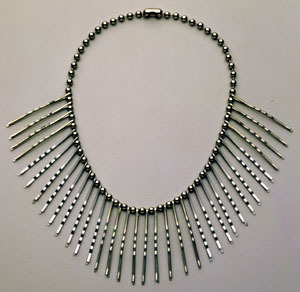 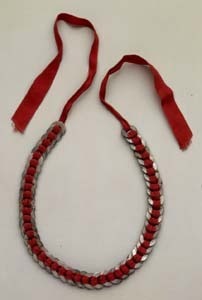 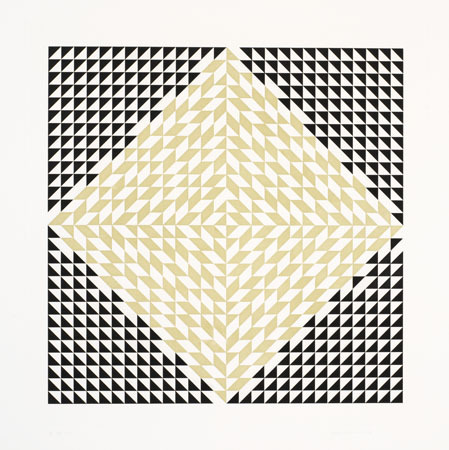 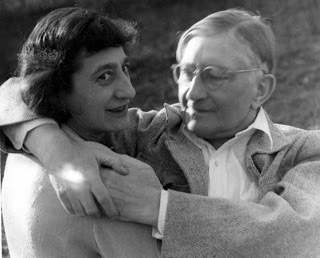 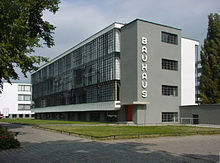 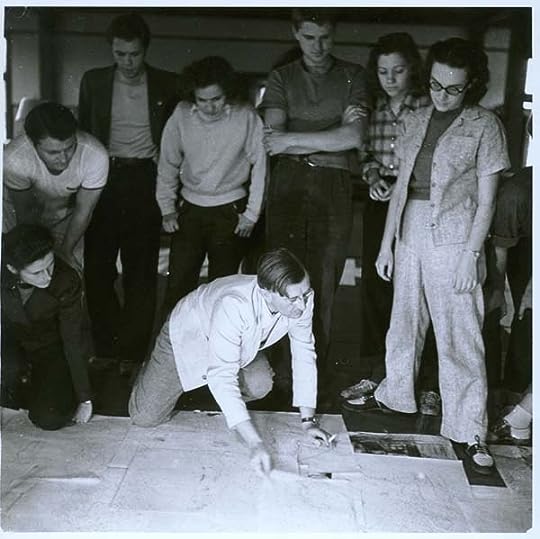 At the Bauhaus Albers taught and worked primarily in designing furniture and working with glass. He married Anni who was a student at Bauhaus. With the closure of the Bauhaus under Nazi pressure in 1933, Albers emigrated to the United States and joined the faculty of Black Mountain College, North Carolina, where he ran the painting program until 1949. At Black Mountain his students included Robert Rauschenberg, Cy Twombly, Ray Johnson and Susan Weil. In 1950 Albers left Black Mountain to head the Department of Design at Yale University in New Haven, CT

He retired from teaching in 1958. In 1962, as a fellow at Yale, he worked on his structural constellation pieces. In 1963 he published Interaction of Color which presented his theory that colors were governed by an internal and deceptive logic. Albers continued to paint and write, staying in New Haven with his wife until his death in 1976. 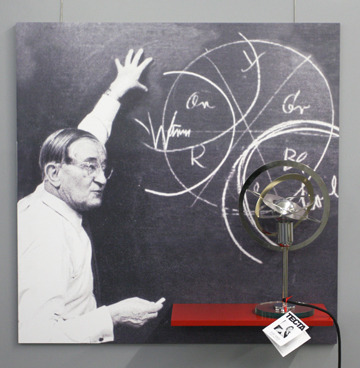 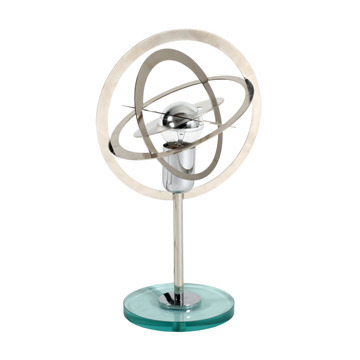 Josef Albers created the Saturn desk lamp in 1926. This piece has been recreated by Tecta with precision detail as to the original design. The desk lamp gets its inspiration from the planet Saturn and the many moons orbiting around it. 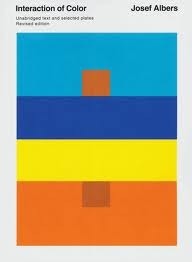 Alber's book, Interaction of Color (Yale University Press, revised 2006). He taught that interpretation of any color depends on its environment. I took this course in college, my teacher was a student of his at Yale.

Students learned by doing -- the emphasis was on experiencing the different interactions by doing studies with color (expensive "Color-Aid paper). Color boundaries can be so indistinct that they blur, or they can be so active that they cause vibration. An area with a particular color can come forward or recede, depending on what colors are in the background. The size of an object, as well as its hue and value (darkness) can appear to change, too. These interactions are neither good nor bad; you can use them either way. The problem arises when the interactions occur unintentionally. Knowing how colors interact allow you to be more subtle in your designs and avoid unintentional effects.

"If one says "Red" (the name of a color)
and there are 50 people listening,
it can be expected that there will be 50 reds in their minds.
And one can be sure that all these reds will be very different..."
-Interaction of Color , Albers, J., Yale University Press, 1963.

This theory was already known to earlier painters, such as Delacroix. A primary color such as red has green (the combination of the other two primaries) as its complementary. Similarly, blue has orange and yellow has purple as a complementary color.

Few artists have dramatically used complementary colors as Vincent van Gogh, Both works were painted in Arles in 1888.

Yellow and blue accentuate each other in van Gogh’s Café Terrace on the Place du Forum, Arles, 1888.

Red and green accentuate each other in van Gogh’s Night Cafe in Arles, which was painted the same month as the Night Cafe.

Our sensation is the most intense where 2 extremes are juxtaposed. Van Gogh’s Night Cafe composes colors described as “warm,” which are generally associated with such sensations and emotions as energy, joy, love and festivity. In his letter to his brother Theo, van Gogh considers the work as “…one of the ugliest (pictures) I have done… I have tried to express the terrible passions of humanity by means of red and green.” By using color in this manner, van Gogh exploits the psychological capacities of colors to arouse emotions

I own the Albers book on color, but just the small paperback version, not the gigantic hardback with all the illustrations.

Did you have it as a class with the Color-Aid paper?

Nope. Just bought it because I was interested. For my MFA thesis show I was doing large abstracts which made use of the phenomenon of simultaneous contrast.

According to the book below, Anni was very independent and stubborn. She had an opinion on everything and really didn’t care if she differed from others. She would always make her viewpoint known. She hated the fact that her family was extremely wealthy even though it allowed her to attend many different art classes. But when she differed with the teacher, she would just get up and walk out, never to return. That is how she ended up at the Bauhaus school. She was Paul Klee’s first student. She said many times in the book that he was a genius. She applied to many different departments like painting but they wouldn’t let her in. Then she tried the glass department, and again they wouldn’t let her. I thought it was because she was a woman. But I was wrong.

I didn’t know that Anni had a disability (one she ignored) called Charcot-Marie-Tooth disease. For her, the disease was primarily in her feet – high arches and hammer toes -- and diminished muscle function in her legs. So they chose weaving for her because she could sit down and the amount of pressure she would have to apply with her legs/feet she was able to do. There was one story early in her relationship with Josef when they went hiking up a mountain together. But she couldn’t continue, so her “Jupp” (her nickname for him) carried her down the mountain (true love). As she got older, she was confined to a wheel chair. Even though she was very opinionated person, I thought she was great. This book is a "good read."