Mod
Name: Tobi Lao
Age: 22
Personality: An I don't give a crap person. His specialty is chlorphorm and he is the head of this society. He doesn't try to force the kidnappers to kidnap who he wants, but he gives them a place to...do things. He is rude and cocky, he believes that he can't be beat and isn't intimidated by fighters.
History: Raised by his uncle, his only skill was poker and stealing. Then he learned a new trade, kidnapping. He could do anything to his victims, but he still found it wrong to kill them until nesscary, so when he found the society, at the time being run by a different kidnapper, he felt a weight being lifted off of his chest.
Appearence: Tall and strong, he has the looks of a superstar. Beach blonde hair with black underlights that comes down in a mop top. His piecing blue eyes could show you who he really is under his evil exterior. He has a couple tatoos and snakebites.
Other: If someone could break through his evil shell, he might turn out to be a great guy.

Name: Austin
Age: 25
Personality: angry, firm, can be gentle but mostly isn't, hates happy people and people who are disrespectful
History: He was abused as a child and that's why he is so cold. His parents dumped him in the street when he turned 17 and he has had to fend for himself And ran into Tobi who introduced him to kidnappers society.
Appearence: tall and thin but built with muscles. He has brown short hair and he has deep green eyes and is tan.
Other:

Personality: Elliot can be seen as a very cocky and arrogant type of person. He is cruel, sadistic and takes pleasure in making others miserable. He likes to question authority figures with sarcasm and enjoys pushing people’s buttons to see how much they can take before they snap. Though Elliot is a coldhearted person, he’s actually a pretty sweet guy when he allows himself to be.

History: Elliot’s had a pretty rough life. To start things off, Elliot’s mother committed suicide when he was only ten years old, leaving his father with a burden of an unwanted child. His father, on the other hand, is a drunkard who sells marijuana to make a living. He got busted by the cops one day and is now retired in jail. And to top things off, Elliot was brutally beaten and left for dead by his gang. Having nowhere alse to go, he joined the Kidnappers Society to inflict pain to others as they did to him. 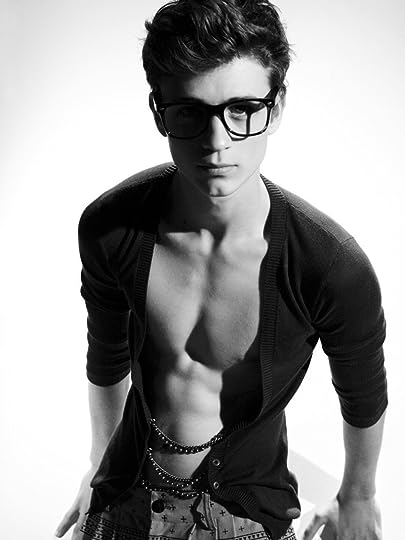 Elliot stands at five foot ten and has a nice build to his body making him a lean boy. Though he may appear to be small, he is fairly strong and tries to maintain his figure. His piercing blue eyes help bring out the complexion of his skin and he holds an alluring smile that’s almost irresistible. His jet black hair always holds it appearance, slicked back and short.

Other: None at the moment.