RolePlay! U Gotta A Problem w/ that??? discussion

Name: Lily
Age: 17
Gender: Female
Grade: 11
Appearance: http://www.google.com/imgres?imgurl=h...
Personality: To be Rp'd
History: Her dad died from a heart attack, she lives with her mom and her pet dog Spotty
Crush: Open 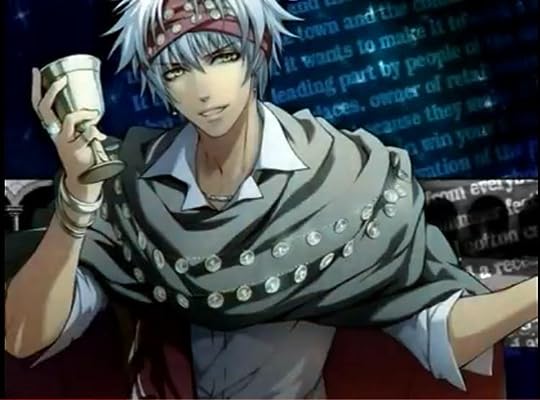 Personality: Talkative and fun, its hard to say no to him.
Mini Bio: Lived on the streets for most of his life, he does not know his biological family, or, even, his real name. He has lived hard and learned everything the hard way.
Crush: Open
Other: TBA 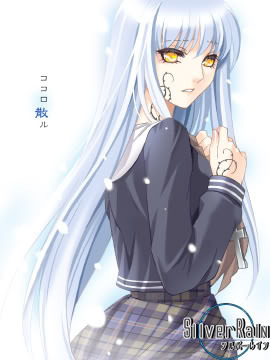 Personality: Wary, she doesn't trust easy and gives away little. She rarely smiles or speaks, and doesn't speak of her past
Mini Bio: Born in the slums to an alcoholic, she has witnessed blood flow like honey in gang wars.
Crush: Open
Other: Her only friend, Jester, has protected her for most of her life.

Name: Danielle Isabel Grande' (Dani)
Age: 18
Gender:Female
Personality: She's the heart-breaking,fiesty latina girl and owns it with pride. She can be very intrepid and impassive when it comes to drastic situations and has a sarcastic,witty attitude. She's always been a free-spirit,going through live without a plan but that just seems to work for her. She's fairly open-minded when it comes to certain things but she doesn't forgive easily once you've lost her trust,there's no in between when it comes to Dani. She's never been the one to rely on others for reassurance, she has far too much independence and pride to go that far but she's actually very loyal to the certain people who deserve it. She's always had a very curious mind and tends to go too far into depth about things and they backfire on her completely. She's not a horrible person,don't get me wrong, she just doesn't think about the circumstances of whatever the hell she does.
Appearance: Her silky,dark,thick hair tumbles in waves to the middle of her back. Her skin is a natural light tan due to her half-latino heritage. Her face has a delicate,oval shape with sharp,angular bones structure. She has curved eyebrows that make her chocolate brown-eyes more feral. She's around 5'8 with a slender shape but still with the feminine curves. She also has an intricate design tatooed on her lower-back.
[image error]

History:She use to live in Detroit,Michighan and she never complained much about her childhood to people,she just always tried to cope with it internally as best as she could. They've never been exactly close-knit family and it got worse scince they moved her because of her father's job. She'd always stay up in the middle of the night hearing them yell back and forth at eachother; it seemed to be never-ending. They tried to keep her happy, putting fake-smiles on every morning and it made her more furious. She'd never liked when people bullshitted her. It made her more..rebellious and conservative about her personal life. That was another reason they moved,to get her to start-over with her life. The job thing just made it more official. Most of her life it seems like the world's been against her..so she's just been fighting against the world.

Crushes: She plays boys like their her own little puppets. She's a heart-breaker and probably will never believe in such a thing as true love.

Other: She started teaching herself the piano when she was around 6. It always fascinated her but it's something that she plans to keep to herself.

http://www.google.com/imgres?imgurl=h...
Personality: Kris is sweet, and loving, though she does have a playfully, flirty side. She hates who she used to be, a depressed girl, who tried to push everyone away, now she wants to help anyone she can and will do anything to accomplish that, including ending up in a hospital bed, which has happened multiple times.
Mini Bio: She grew up with her drug addicted father, she wasnt beaten, though the was emotionally, mentally abused, told she was worthless, and she still believes that. She would cut, and drink when she could, used some of the drugs her father would bring home, and she sold herself for money multiple times. Her father OD when she was 15 and she now lives with her grandparents
Crush: Open
Other: She works at a daycare in the morning and for a small bakery at night, she dropped out of highschool at 15. 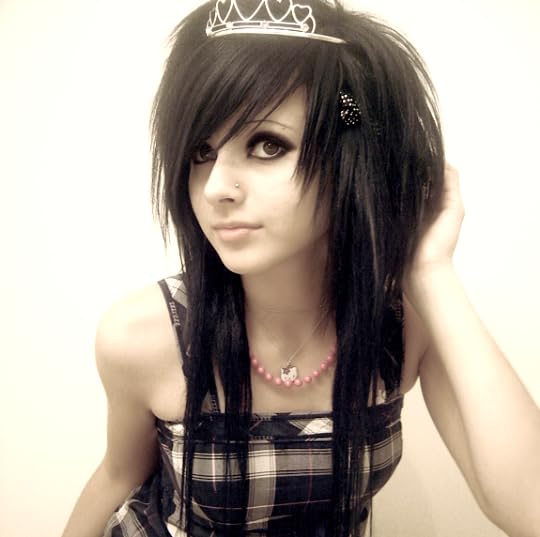 Personality: rp
Mini Bio: she is imancipated and doesnt talk to family she does things by herself alot of times
Crush: Michael
Other:

Name: Michael
Gender: M
Age: 18
Appearance: http://www.google.com/imgres?imgurl=h...
Mini Bio: He's not a jock, but not a geek, not that smart, not dumb. He's in the middle, goes with the flow. Lives with his brother and sister, his only relatives left.
Crush: Lauren
Other:

Personality: nice, caring
Mini Bio: On track and swim team, he can run fast but has always been the odd one out. His mother raised him by herself and always reffered to him as a guest in the house, never her son.
Crush: OPEN
Other:

Right now shes in the park

Name: Skylar
Gender: F
Age: 18
Appearance: http://9b.img.v4.skyrock.net/9b7/best...
Personality: shy, sweet, caring of others
Mini Bio: He dad left her when she was younger and she lived with her mom who cant keep a job for more then a month, and is never home to take care of her and her brother.
Crush: open
Other: brother is shawn

Name; dustin
gender: M
age:17
apperence: http://m778.photobucket.com/image/sou...
personality: dosent care.can be an asshole and hes wild and just doesnt giva. Cares alot about his clothes
mini bio: he has always been the way he is no one has ever hated him
crush:Skylar
other: just transfered here from ATL

Same question but, for Dimitri.

This is how she legit looks

Name: Nick Jones
Gender: male
Age: 17
Appearance: [image error]
Personality: To be rped
Mini Bio: His parents died when he was young so he grew up in a foster home till he was twelve then we was adopted out to a mom and three sisters
Crush: open
Other: he has an amazing guitar skill and voice

RolePlay! U Gotta A Problem w/ that???