Name: Victoria
Age:21
Gender: F
Rank: proffessoinal
Personality: vivasous, bubbly, demands respect, intellegent and clever and charming
Appearance:[image error]src="http://static.desktopnexus.com/thumbn..."
Width="375" Height="400"/>
Other: been doing this sence she was 16, always used on missions with men involved because they fall for her automaticly
Crush: openz

Name: Serena
Age: 19
Gender: female
Rank: professional
Personality: She prides in being the center of attention all the time, but she is very good at not being noticed too. Serena mostly uses an air of mystery or seduction on her missions since she is a very convincing and persuasive person. She is very serious and stubborn about her job, and can be a very harsh and tense person outside of work. Outside of work, she is still cautious and wary, but can be outrageously flirty. Even when she's on break, she often acts like she's on a mission because she has extreme curiosity. To anyone, she seems a little innocent in a sexy way, but she is very charming and cunning. Serena will just give you a mysterious smile that makes you wonder if she knew something about you that you didn't know about. But she is very outgoing, and passionate about her beliefs.
Appearance: 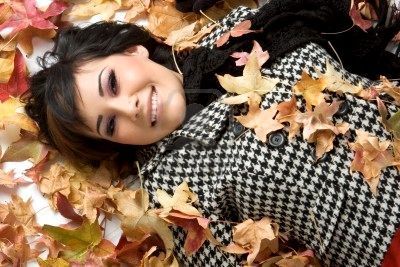 Serena is a tall 5'11", and slim. She is ultra curvy, and oftentimes uses it to her advantage
Crush: OPEN
Others: She's been trained as a child to do this, since her parents had both died in a mission.

Name: Lena
Age: 20
Gender: Female
Rank(trainee,intern,amateur, proffessional): Professional
Personality: Lena is very noticeable because of her looks (In a good way) but when she doesn't want to be noticed no one will no she's there. She sexy and seductive which really helps her. Lena is really stubborn and has to have her way. She hates having a partner because they usually mess her up but se gets partners alot. She is mysterious and very curious. Lena usually gets her way and is very strong. She's stronger then lots of guys and is very flexible. It helps during a fight. Lena always breaks the rules to do what she wants and a lot of times she could be expelled from her job but she gets alot of chances because she is good at her job. Lena can be nice to some people but other times she's not.
Appearance: [image error]
Crush: Open
Others: Her mom died during a mission and now she's after the guy who killed her. People give her information about the guy.

Name: Ben
Age: 19
Gender: Male
Rank(trainee,intern,amateur, proffessional): Amateur
Personality: Ben is very charming and persuasive. He has his way around girls which helps him a lot. Ben is sneaky and not very noticeable when he doesn't want to be. Ben is very sarcastic and sometimes rude, depends on the person. He can be rough and he is very strong. He is almost as good as the professional spies.
Appearance: [image error]
Crush: Open
Others: He works with professionals even though he's a amateur because he becomes better so the group he works for let him do so.

Personality: Raised by a scientist in an underground research facility established to create the ultimate human weapon, Tudor's current understanding of humanity and family is very skewed.

During his time in the research centre, he murdered a girl he considered his younger sister while under control of a 'super drug'. After realizing what had happened, he killed everyone involved with the project in a berserker rage.

Because of this event and the twisted form of love the scientist lavished on him (while calling herself his 'mother'), Tudor developed gynophobia, an abnormal fear of women, and usually suffers a mental breakdown when in close proximity to a woman.

He carries two guns: a white Mauser C96 pistol connected to his belt by a long chain attached to the base of the grip and a black Luger P08 pistol. He often uses the chain for close range combat, choking or restraining opponents with it.

Crush: Single (Open, but, remember, he has gynophobia)

Personality: Thea has been trained in swordsmanship after she was orphaned at a young age.

Although her parents' murderer failed to kill her, she is left with a large X-shaped scar on her chest and suffers from amnesia.

She was taken in, raised and trained by a swordsman, whom she believed murdered her parents. When her mentor was murdered, she discovered that her parents were killed by an assassin linked to an underground society bent on creating a 'super race'.

She uncovers the name of her mentor, Daskalov, and adopts it as her family name and carries the Scottish claymore he fought with.

She then begins the search for this company, joining forces with their ex-experiment, Tudor, and together they seek revenge.

Seven years ago, he was attacked by a gang member, losing his right eye. His mood directly corresponds to the availability of cigarettes and the level of nicotine in his blood. He can swing from extreme elation to murderous violence.

He uses a pair of Ingram MAC-10 machine pistols and is a part-time partner with Tudor.

Personality: Max is a demanding person. He expects everything to be done perfectly, no ifs, ands, or buts about it. If something does fall short, expect some type of speech later on. He might give you his sympathy, letting you get away with it. When on a mission or something, he seems even more uptight, just not wanting to screw anything up. When he isn't working, he does lighten up, and he's actually a good person to be around then. He sometimes even joke around while working, always welcoming new people. Yes, he's obviously bossy, and he likes being the one in control. He gets mad easily, and he is good at giving his opinion. Does he like working with people? No, but he still will.

Appearance: Max has light brown hair that looks darker when wet or in the sunlight, having it almost in a shaggy/spikey hairstyle, strands of his hair moving across his forehead. He has a strong, angular face. He has a straight, average nose, and light pink lips. His upper lip is thin, and his lower lip is nice and plump. He has some stubtle, and his eyes are a light blue with a hint of green in it. He stands at 6'1 maybe, and has a toned, muscular body. His skin is naturally white, but it's really easy for him to get a tan, so he is most of the time. http://images4.fanpop.com/image/photo...

Crush: Open.
Others: He has a dog that lives with him, and doesn't visit his parents that often anymore, but they still talk a lot.

Personality: Sam is a sweet girl - to most people. If you keep pushing her buttons, messing with her, expect her to be rude. And once she makes up her mind, it's hard changing it. Some people think she's stubburn because of that. There's only so much she can ignore. She likes having fun while working, and she's flirty. She's good at her job since no one would suspect her, if you go off of her looks. She does use her appearance while working, being seductive. She's a good fighter and at figuring things out. She grew up antisocial since her parents always moved from one place to another, originally from France. So she has her quiet moments, and she isn't the type of person to show off. She's a quick learner, able to adapt to quick change. She isn't always cautious, but if something or someone sticks out to her, she'll keep an eye out for them. She is a secretive person, sometimes coming off as mysterious.

Appearance: Sam is a natural tan, spending a lot of time outside. She has dark brown, wavy hair that tumbles all the way down, just abover her waist. Her eyes are a light blue, but it looks kind of green and yellow-ish around her pupil. She has a long, skinny nose, and full, pouty lips. She's skinny with curves in all the right spots, but does has muscles in her legs and arms. She's about 5'7.
http://www.beautyfool.net/wp-content/...

Personality: She smart and charming, but she doesn't liketo work with amateurs. She does her job well, it may not be perfect but she gets it done with little damage. She uses her wit, beauty and charm to her advantage. She's cunning and witty, she knows who to stay away from and who to look out for. She's bubbly, but she never let's people get
close to her.

Appereance: Firery red-head, with curls that flows down her back, and rich, emerald eyes the seem to draw you in. She has red, full, pouty lips; tall and slender with curves in all the right places and about 5'5.
[image error]src="http://www.forkparty.com/wp-content/u..."
Width="400" Height="550"/>
Crush: Openz
Other: She visits her parents everytime she finishes a mission.

Sorry if you want him you can have hima ll you had to do was ask.

Are you guys talking about my guy?

Yeah, I know... So you guys both made a character for him?

Yes, but I told her she could have the character, since she was making a big fuss over him.

When all you really had to do was tell me you wanted Max.

Well know I now and now you have a crus for him. Tada everyones happy!! :)

Well now I know and now you have a crush for him.

Am I missing anything here?

I said I didn't know if I want him to have a crush because I usually just rp it out.

Anybody wanna rp with me? :D

I'm curious why you never told me why.

Told you why what?

But I guess not anymore

I didn't see your post, since I started on another character. When I did look through it, I didn't answer since...I just thought you were over it.