Mod
Stop calling, no more calls so who makes them is the leader.dep.meddi

Mod
Name: Slinks
Rank: Very low warrior
Gender: Male
Pelt: Black with a single white paw
Eyes: Pale blue
Mentor/Apprentice: OPEN
Mate: closed
Crush: Try
Kin: Scourge (father) Night (mother)
History: He is haunted by his father :P Slinks had mated with a clan cat and had Storm. A kittyPet found Storm with her dead mother, who was unkown death. She took her in, then her twolegs abandond the kit. Storm was left to die. She ws found by the thunderclan leader and brought in. Slinks hated the thought of this, but watches her every now and then. Is jusged alot from beign Scourge's son.
Other: Has a purple coller and long fake claws, he has teeth sticking out of his coller. The coller was origennally his father's then handed down to Slinks. Should be leader, he was the next to become it. Then when Scourge died and strong warrior came and made itself leader. Slinks does not know this. He sounds like Simba from Lion King (adult). :P yes

Mod
Accepted both. But Slash's Aunt can't be Night :P If you mean Slinks Mom

Mod
Demon
male
Deputy
App:
http://m236.photobucket.com/image/bla...
OR
http://www.thealmightyguru.com/Hallow...
PA: Demon is EVIL. He is extremely fast and kill for fun. Dnt piss him off or you'll be in bigg trouble. Demon is extremely good at fighting and his senses are top noch. Demon has no heart and no feeling or compassion. He is a killing machine. He has a reputation for being worse than all of Bloodclan combined.
History: Secrets Secrets and more secrets
Crush:(you can try)
Mate:None
Kin:(Dead from he knows.
Apprentice:(If he gets mad enough he'll kill em)
Other: Demon has a secret that know one knows and its best for everyone in bloodclan not to know *ohh mystery*

Mod
XD so far cool, has to be finished for ok 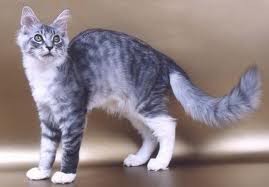 Mod
yeah I caught tht too!! In BlueSTar's Prophecy there was a typo, it said BlueKit and LEOPERDKit walked in the clearing when it should of said SNOWkit.

Mod
Ooh he likes Sky. Well her mate apparently got deleted so...

Mod
So? He likes Sky right? Why does he like her if she is on the enemy side??

Mod
Cause he's a wackadoddle.

Mod
Thats the nicest thing I can call him

My mom calls me that all the timeO_o

Mod
Name: Cloud
Rank: kit
Gender: Female
Pelt: Black with a white paw and tail tip
Eyes: creepy ice blue
Mentor/Apprentice: none
Mate: none
Crush: closed for now
Kin: Slinks (unkown father) ? (mother) Scourge (Grandfather) Night (grandma) All dead (slinks soon)
History: Cloud was born mysteriously and Slinks relly only new about her, her mother unkown and dead when given birth. Cloud barly new her father, but does remeber him and loves him. Cloud looks alot like Scourge and Slinks, but has the power to keep Scourge away.
Other: Very strong and beutiful. She is very pretty. Very pretty! e_e Cloud is only 6 moons old and doesn't want to be taught by mentor. She teaches herself alot of things. She even taught herself how to control herself and keep Scourge away from her.