Mod
Name:
Age:
Personality:
Cabin #:
Crush:
Bio(about your character):
Other:
Appearance: NO ANIME CHARACTERS OR YOU CHARACTER WILL BE DELETED.

reply | flag
message 2: by [deleted user] (new)
Dec 27, 2010 07:28AM
Name: Scarlett or Scar
Age: 17
Gender: female
Cabin #: 5
apperance: http://www.hollow-art.com/files/bases...
Personality: outgoing, fun, sweet, flirty, can have a major attitude
Bio: her parents died when she was younger so her two older brothers gained guardian of her. Ones in business and travels alot and other just graduated from high school and is going to college. Her college brother didn't want her home all summer almost always alone so he called the business brother and they made a agreement to send her here. She's not the happiest about it because she left all her friends behind.
Crush:
Other: popular back home, cheerleader,

reply | flag
message 3: by [deleted user] (new)
Dec 29, 2010 09:38AM
Name: Gwen
Age: 17
Gender: Female
Cabin#:5
appearance: http://4.bp.blogspot.com/_9Zf_P9g6cuo...
Personality: Fun, outgoing, can be a little daft sometimes.
Bio: Gwen Just Recently Moved here from Germany, only a couple months after moving to America her parents thought it would be nice for her to make some friends thus sending her to camp,She has never been the popular one and she doesn't Mind. she finds comfort in being alone and is almost always berried in a book. she has Two little Brothers that are twins and a older sister.
Crush: -
Other: She is Probably the Most talented Teen violinist in Germany and takes her violin everywhere with her. She loves to sing but she suffers from major stage fright.

reply | flag
message 4: by [deleted user] (last edited Dec 29, 2010 07:55PM) (new)
Dec 29, 2010 04:11PM
Name: Wylee
Age: 16
Personality: Smart, funny, loud, hyper. She loves to laugh and have fun. She is outgoing, but she will regret it later. She speaks beofre thinking and makes an action before thinking as well
Cabin #: 4
Crush:
Bio: Wild child. She has a spoiled life at home and she gets away with alot, mainly since her mother died and her father is guilt ridden. Her family is very rich and her father wanted Wylee to get a normal teen experiance.
Other: Maybe later
Appearance: http://farm4.static.flickr.com/3576/3... no lip piercings but she does have a nose and several in her ear

Name: Vince
Age: 17
Personality: Rude, dark, morbid. Doesnt like to talke and keeps away from people
Cabin #: 7
Crush: nope nope nope
Bio: Has an aweful family life, always gets in fights with his older brother who is 19. His mom hates Vince and takes his brothers sides on things. That is why he is at camp
Other: is actually a good singer though he never tells anyone about it. Plays the guitar
Appearance: http://www.raonsims.com/board/files/e...

Name: Ava
Age: 16
Personality: shy, calm, sweet, and loving
Cabin #: 3
Crush: Jasper ((if it is ok))
Bio(about your character): She wanted to leave her family cause after her dad left her mom, her mom doesnt like her cause she looks like him.
Other:
Appearance: http://i248.photobucket.com/albums/gg...

Name: Millie
Age: 16
Personality: stubborn and rather pissy, she hates it when she feels someone is unhappy or helpless, and feels the need to help everyone
Cabin #: 8
Crush: open
Bio: She demanded to go to camp, for who knows why, so here she is. Her life doesn't rock, but it doesn't suck either in her book. She has three siblings and divorced parents.
Other:
Appearance:
http://www.myclassiclyrics.com/artist... (Yup, the lady who plays Bellatrix Lastrange)

Name: Adrianne, goes by A.
Age: 17
Gender: Female
Personality: A is very sarcastic and out-spoken. She can come off as rude at times, but doesn't mean anything by it. She is very out-going and flirty. She is a total people person.
Cabin#: 7
Crush: Open
Bio: Her parents thought the camp would be the perfect way to get rid of her for the summer. Adrianne wasn't offended by it though, she can't wait to get away from her parents.
Other: Is an awesome artist, play guitar.
Appearance: 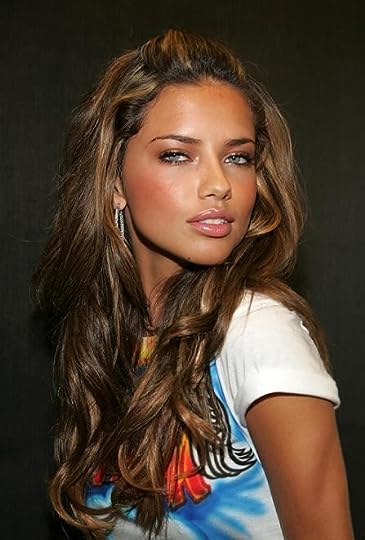 Name: Orlando
Age: 17
Personality: Ah, Orlando is a complete player. He loves women. Not just one, but many. He won't commit. He is super cocky. He is the center of his own world and that's it.
Cabin #: 7? Or with whoever?
Crush: Ehh. Many like him, not really into just one girl. More like many.
Bio: The life of a rich kid, describes Orlando's life in full. Never ever didn't get what he wanted. He is completely spoiled, to the fullest. He has traveled to more places than you can imagine. No joke. He has had his worldly view. Though he isn't sure how he ended up here.
Other:
Appearance: http://s3prod.weheartit.netdna-cdn.co...

Name: Paula
Age: 16
Personality: She is fun and out going, she is the type who makes others smile in the hardest of times, she is cute and funny and can warm your heart at the moment you lay eyes on her
Cabin #: 7
Crush: OPENZZ
Bio: She loves animals and loves to try new things, she makes people happy and if she gets angry she always says sorry after, Her parents are still together and they love her very much, she has no siblings just a fish, She loves Pizza and thinks tanning on a sunny day is a waist of time.
Other: for you to find out
Appearance: http://25.media.tumblr.com/tumblr_ksz...