Personality: Quiet, Cruel, vicious. Only talks/is kind to his younger sister. Holds a grundge against the world, really. Mainly against the heroes for killing his sister, Ace. Doesn't forgive or forget very easily. 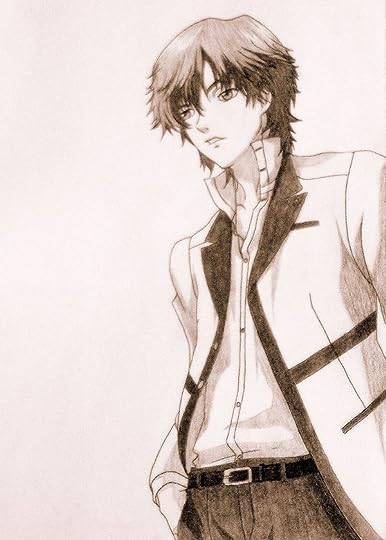 Bio: Him and Emilia were secret members of the 'Royal Flush Gang' because the joker couldn't get rid of Ace and she wouldn't leave Emilia and him behind to face the cruel clutches of the world. Ever since Ace was 'killed', he ran away with Emelia so he could get revenge.

Other: Only cares for Emilia, she's all he has left.

Weakness: Emilia, talking bad about Ace(These work because he breaks down, looses control of his powers, but it renders him useless.)

Personality: Demented, Psychotic, cruel. Loudmouth. She loves bloodshed. The bloodier the battle the better. She can't stand kindness and affection. Very smart. Can manipulate people very well even when she's not using her powers.

Superpower: Telekinesis (Can read minds, control minds, and move objects with her mind.)

Bio: She was too young to understand why everything was happening, but now she's acting off of how John always acts. She doesn't remember anything except for John, Ace, and what happened to them.

Other: Uses whatever weapons are at her disposal. She crafty and witty.

Weakness: Using her own mind against her, almost like reverse psychology. Also any of the elements weaken her incredibly.

Mod
Both are approved.