So I saw this on another community and thought that I would post it. Apparently Clary has been casted and will be played by Lily Collins. What do you think? 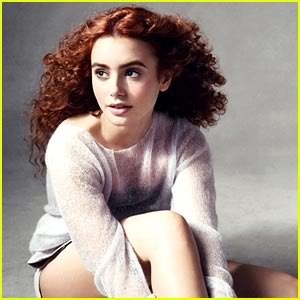 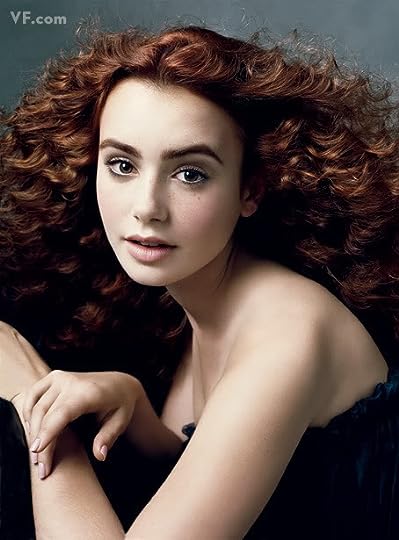 Yeah, I threw it up in the books to movies thread last night, but I could see how you might have missed it.

I'm not loving the choice, but it could have been worse. I would have preferred a natural redhead. As long as they don't screw up Jace, I can live with her.

She's the perfect Clary! I honestly hope that Alex Pettyfer is cast as Jace though :D

Oh yes. I agree with you Carina, he is the perfect Jace!

I agree as long as Jace is right I dont really care. Although there is nothing worse than watching a movie and not liking one of the lead roles. I think she will be alright, she has that younger looking factor. Fingers crossed. :)

You know I like her as Clary. They did a good job :) I'm going by visual, I don't know if she's a good actor cause I've never seen her act.

She was in The Blind Side.

ALEX PETTYFER RULES!
please he ought to be Jace. :)

Timipre wrote: "She was in The Blind Side."

Yea I remember her from The Blind Side!


She looks like Clary to me! Sweet but with an attitude and spicy side!

As per IMDB it is in pre-production and will not be out till 2012.

Jenee wrote: "As per IMDB it is in pre-production and will not be out till 2012."

WOW thats a long time!(I guess) but I kinda figured it would take that long =(

He isnt bad looking, but ive never seen a movie with him in. Is he a good actor aswell or just good looking? If he cant act the part good he wont be a good Jace, even tho he "looks like him"

Louise wrote: "Alice wrote: "ALEX PETTYFER RULES!
please he ought to be Jace. :)"

He isnt bad looking, but ive never seen a movie with him in. Is he a good actor aswell or just good looking? If he cant act th..."

He is a good actor and I agree he would suit Jace but he is too old now.

Someone about bit my head off in another group when I mentioned Alex's age once. I think he could reasonably do Jace for another year or two max, then he will absolutely be too old. Lookswise, he has it. Age wise, he's almost unable to nail it - BUT the guy has to look older than Clary, and since Lily Collins is 21...Alex would fit with her.

I'm not fond of the fact either that Lily Collins is 21. If they end up doing all 3 movies over the course of a few years, she's going to lose Clary's "young" feel.

It's not even that I'm hating the Lily Collins pick because there are many other choices that would have made me downright upset, it's just that I think they could have chosen better. Clary is described in the books as being young, almost built like a boy, and being very awkward.

YES I KNOW THE ROLE HAS ALREADY BEEN CAST AND I WILL LIVE WITH IT FINE IF THEY DON'T EFF UP JACE, BUT this is sort of the direction that I think they should have gone in...

Any of these choices would have been better if you're going just off the book description :

I like the boyish, awkward way she's standing in this pic. Dakota Blue Richards. 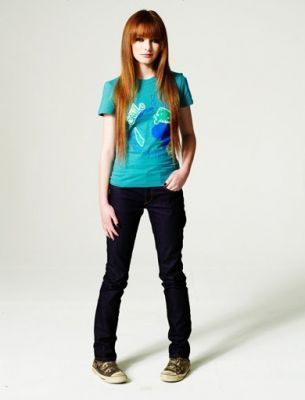 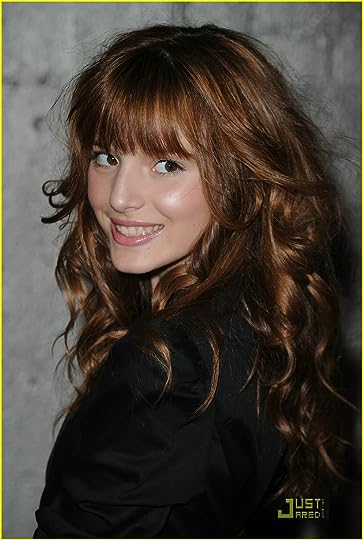 Actually, nm. I erased Karen Gillan. I don't like her look as much.

Lily Collins will be fine I guess...sigh.

I agree, I think Alex could pull it off for maybe a year or two but if they do all the movies he's going to end up looking a bit old. Too old for Jace's age.

Alex wouldn't be a bad Finnick for Catching Fire/Mockingjay, but Garrett Hedlund passed him up for my first pick in that role.

Wow I didnt know she was 21 either!
@Stacia Bella Thorn was one of my picks too, but like you said, as long as they dont screw up on Jace I can live with it. (PS. I think Alex is a little old for the roll too. I mean if they end up doing all 3 books they are gonna look way old. Sort of like what happened with the twilight cast)

I can't wait to see who they cast as Alex and Isabelle!

Isabelle is another one that I really want them to get right. I have such a definitive idea of what she should look like in my head.

Mod
i cant wait to see who they pick for the rest of the cast!! i think they did a good job with clary i hope they pick Alex P for Jace he is perfect i know he is a little old but i think its okay he doesnt look to old he is playing a 16 year old in beastly http://www.youtube.com/watch?v=Neo6W1...

I hope they cast Nicholas Hoult as Alec:)

Well he-Alex- is 20, I think. I guess you're all right when it comes to the making of the 2nd and 3th movie. He will look old.
Oooh, I like the idea of Nicholas Hoult as Alec. I so love him.

Found this fanpic. I see a Luke here...the flannel shirt is so Luke. 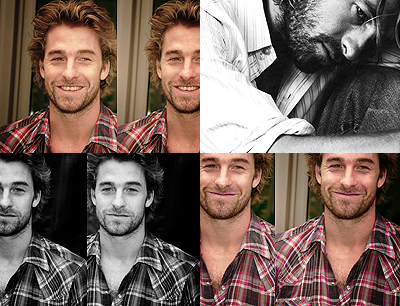 Nicholas Hoult as Alec? I haven't liked him as much for the role before with his lighter, longer hair and baby face - until I saw him all dark haired in this pic. 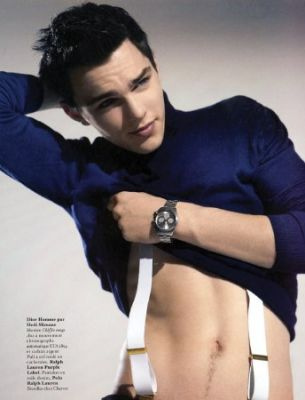 I think he would make a good Alec, I have never seen him in any movies though.. What ones is he in?

I still see Gaspard Ulliel as Alec >.< If only he was younger.

I think he's a model, but sometimes I'll make a casting choice based on looks, since my opinion on casting means jack to anyone but me, and it's not for real. If I was the actual casting director I'd never hire someone on looks alone if they couldn't act, but this is for fun.

Some models do go on to act, but that doesn't mean he'd be any good at it.

His lipstick is starting to throw me off though. I want to see this picture with bare lips.

Yeah, if he was younger, I would take Gaspard as Alec, but definitely not as Gale. I'm not fond of people casting him as Gale for Hunger Games.

I'm still sticking with my Stacey Farber vote for Clary. lol Even though I was obviously out voted.

I reallllllly think Pettyfer would make a great Jace, sure he looks a little old, but they're passing people who are almost 30 off as high school kids in movies, soooo Pettyfer has my vote!! I can't wait!

You know Alex P has grown on me to play Jace!

Carina wrote: "You know Alex P has grown on me to play Jace!"

I googled pics of him... when he has shorter hair, it's scary how much he looks like the Jace I had pictured while reading!

Alex P will always be my Jace regardless of who they chose to play him. Probably not going to see the movie anyway.

What do you guys think of Garrett Hedlund as Jace?

I feel like he looks older than Alex P, but he also looks like he could act the part... Gorgeous eyes lol

I forgot where we were posting these but check out Jace and Clary photo from CoFA photo shoot!!!

Did you see the one where it was just the lower half of them and her legs were wrapped around him?

Had a bit of a mini jaw drop moment there.

OMG I did, I did!!
Ms Clare is tauting us, one of these days Im gonna explode from one of her posts!!

It might end up being one of the better book trailers we've seen. It might even top White Cat.

YA Paranormal and Fantasy Book lovers