How about we start a low-priced book thread? Everyone likes good reads that don't cost much, right?

Necropolis is new on Kindle/other ebook formats for only $2.99.

In an ancient desert city where the spirits of long dead rulers rustle through the winding streets, a prison guard is forced to save the life of a young priest whose lost memory holds the key to the fate of two cities. Become entangled in the web of political rivalries, sorcerous intrigues, headlong adventure and deep emotion that is . . . . Necropolis! 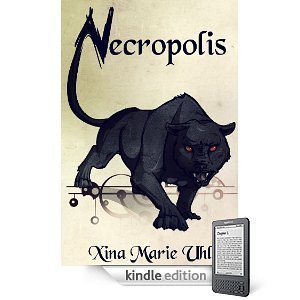 The first book of "The Fighter Queen" saga, normally $6.50, is available for 99 cents. Your special price is available at Amazon (for Kindle) only. http://www.amazon.com/Fighter-King-Qu...

Here's your chance to get a running start into the world of The Fighter Queen for just a few cents.

In return for this opportunity, we'd appreciate an honest review on Amazon, once you've finished reading the book.

We, The Watched
$2.99 on Amazon, Smashwords and Scribd
www.wethewatched.com

A 20-something man wakes up without memory and finds himself in a nation that administers a Watched List of its own citizens. He meets people who accept invasive surveillance by the government and forced uniformity by the church as necessary safeguards for protecting the homeland. The amnesiac learns quickly that opposition is heresy—and punishable by death.

WE, THE WATCHED is a dystopian novel by Adam Bender about what happens when one man forgets the propaganda. He makes strides toward getting his life back together, but the fresh perspective granted by his rebirth soon proves to be more a curse than a gift.

If you love fantasy you are likely to love the Cripple and the Staff.

Follow the cursed Cripple of Kilten into a world where crooked dark cities have tunnels instead of streets and clusters of dragon-scaled towers are the abode of seers living in the greatest city of all. A fog of fear rises when the immortals who lived in secret among humans stir, and sorcerers fight for a deadly but powerful staff in a circle of combat in a bid for ultimate power. It is a struggle of the mortals against the immortals, and it all gets complicated when the cripple finds out that he too is an immortal.

The HaChii Concatenation Trilogy (Amazon Kindle) by P. J. O'Connor, are each less than $3.00 apiece. Check them out!

The Fighter King is still available for 99 cents at Amazon (for Kindle). If you ever wanted to get started on The Fighter Queen saga or are just curious about it or its exciting new author, John Bowers, this is the chance to sample the waters "on the cheap".

Get it before the offer ends.

This offer will expire at the end of this month.

One of our reviewers recently read Brina Courtney's REVEAL which is $2.99 on Kindle. It's Paranormal/ SciFi, we really enjoyed it!

The Price of Honor
$0.99 on Kindle.
Free to Amazon Prime members.

I would love some reviews.

Hero - The Unknown Territories by Christopher Fritschi is $2.99 on Amazon. It's a fun read.

In Times Passed
Price $0.99 at Smashwords, Barnes & Nobel, and others (nearly all formats can be downloaded at Smashwords.com).

Good Intentions is $2.99 on Kindle and Smashwords. It's a fun, steamy urban fantasy about a young man who inadvertently comes to the rescue of a succubus and an angel. Magic goes awry and hilarity ensues.

I'm new here on Goodreads, but this is clearly a great site. I'd love some reviews for my book--I've made a lot of readers happy, but I naturally would love more!

You can purchase Bred for $2.97 at Smashwords.com. There's only one review so far, but more is better.

You can also get Fort Falling: Comments on a Life in Orbital Decay for free, from the Goodreads page, and there are multiple ebook formats at Smashwords.com. It's free because no professional editors or designers were involved at any time.

My debut novel The Dragon and the Crow is only 2.99 on kindle. Fantasy story about a boy with no magic at all, destined to save a world where everyone is a magician.

Rock Band Fights Evil is a pulp action-horror-fantasy serial. #1, Hellhound on My Trail, is $0.99 on Smashwords and Amazon.

Wind-Scarred, is only 99 cents on amazon, but this Saturday it'll be free. I have another post out there about it, or you can check the synopsis, but in a nutshell the book is about elemental powers, wormholes, futuristic and medieval-esque societies, and waffles.

Sharon wrote: "Sounds like an interesting twist. Downloaded a sample.

Thanks Sharon, I hope you get around to reading it soon. Every time I get on goodreads my TBR list swells too.

Just finished a fantastic space opera: Leviathan Wakes. It's on special right now at (at least) Amazon and Kobo for $2.99. As a bonus, the eBook also contains a second novel by one of the co-authors (Daniel Abraham): The Dragon's Path

I haven't even read the 2nd book yet, and I've certainly gotten my money's worth.

Special! Limited Time Only. The Singularity SciFi Novel Autonomy is available on Kindle for 99 cents (regularly $5.99). In return for this special price, once you've finished the book I'd be grateful for an honest review on Amazon.

Last Train from Earth Last chance to score a great deal in this pre-publication sale at 99-cents. After it's published on Saturday the 18th, the price goes up to $3.99. See it on Amazon at: http://www.amazon.com/dp/B010GQ3TFU

It’s 2206 and the president of the Free States of America is scheming to declare herself a dictator after the 2208 election.

When Eric Stewart, inventor of the Stewart Faster-than-Light drive and owner of the giant Stewart Industries conglomerate, discovers her plot, he launches a desperate plan to escape to a virgin planet with as many people and as much industrial capacity as he can. But he and his fellow conspirators have a spy in their midst.

It’s a race against the president’s murderous goons and time — and the time-bomb is ticking.

What do birds, music, and exo-biology have in common? The Suspended Fourth, just published on Kindle http://www.amazon.com/dp/B011T0JPBY/r... 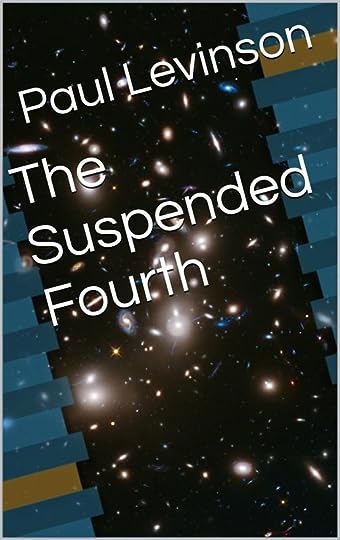