All About RPs discussion

ALL CHARRIES MUST BE ACCEPTED BEFORE RP'D

reply | flag
message 2: by [deleted user] (new)
Dec 04, 2010 11:34PM
Name: Renna
Age: 18
Gender: F
Species: Human/wizard a bit of both
Appearance: Tall, slender, long thick dark hair, not as curly as the picture. She is usually in earthy colors with a lot more layers than the picture and no belly ring. Her eyes are light gold and have a tinge of blue at the pupils
http://img.wallpaperstock.net:81/girl...
Personality: Rude. She tends to be very rude. But she is very protective strong, secretive, can be nice, she is very smart and cunning and fierce.
Crush:
BF/GF:
History (optional): She left her villiage when she was fifteen and left for the wilderness. She was caught by a group of scouts from a local kingdom. After a series of events she was set to marry the prince of that kingdom, but they were attacked the kingdom destroyed and Renna left alone. She went back to her old villiage a few months ago and barely speaks.
Other: She carries her sword withher at all times. She is very good with it and a bow and arrow. Her father is a wizard her mother human. The only thing she gained from her father was his ability to heal nearly any wounds. Her mother is dead. 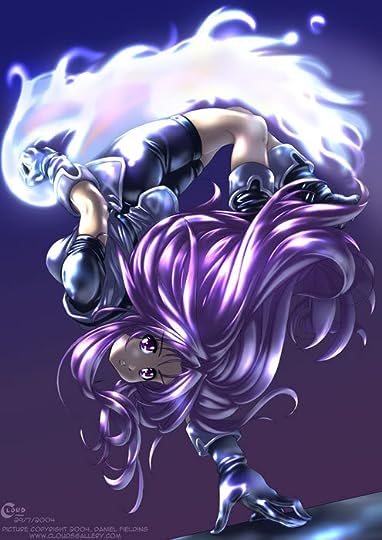 Name: Jurnee
Age: Unknown
Gender: F
Species: Elf
Appearance: http://www.majhost.com/gallery/wumpus...
Personality: RP out... if that's okay
Crush: None
BF/GF: None
History: She really doesn't like to talk about it... But it will come up as the RP goes on...
Other: None

Um... Changed my idea about the character, so here is the basic outline... sorry if the link doesn't work... this stupid computer wont bring up the pictures

reply | flag
message 13: by [deleted user] (new)
Dec 12, 2010 09:38AM
Name: Xander
Age:18
Gender: M
Species: Human
Appearance: Tall, muscular, thick brown hair that hangs in his gold eyes
Personality: Smart, protective, cunning, can be rude and arrogant
Crush:
BF/GF:
History (optional): Princeof his kingdom, his mother is highly protective of him and tries to not let him go out to battle, but latly there has been no choice.
Other: