; One on Ones <3 discussion

9 views
; One on One > ♥ Words of Wisdom♥Cookie Monster♥ Emo Luva�� & Black Lavender

(to the max-I just keep going I guess..)

(yesh, if you want anything else it's fine. Imma start making my charries now)

Name: Xavier Keen (The X-Man
Age: 17
Gender: Male
Orientation: Bisexual
Personality: Xavier is a very loving person to be around. He’s outgoing, but he can become very quiet when he chooses to. Xavier is always willing to make new friends. If he gets to know you better, he might like to have you around as a companion. He is lively and always prancing about, but once he snaps, he’s uncontrollable. It’s not suggested that you piss him off anymore when he’s mad or else things might take a turn for the worst.
Appearance: [image error]
History: Xavier’s mom walked out on him when he was born. Said she was oing to the store and never came home. His dad had been struggling to provide extra love to make up for the loss of his mother.
Kin:
~Unknown mother
~Father; Sullivan Keen
Relationships: He has been in one, when he was in 8th grade. His heart was broken and he vowed to never love again…
Other: He plays the flute, and his pretty good at it. He had a Shih zu which he named Vanilla. 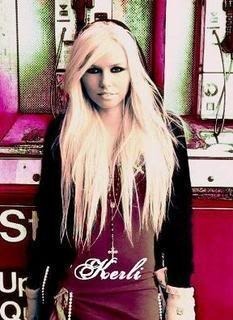 history: her mom had died in a car accident when she was seven, her fathe is very busy with his work, so she goes to summer camp over summer
relationships: ha gone through many boyfriends, but can't seem to find the righ one.
other: plays the piccolo. XD

(we can start now/i'm gonna change his appearance too...)

Xavier groaned as he walked down the street with his hands in his pocket. He didn't want to, but his father insisted since he had left for work in the city. Xavier closed his eyes and fell into the taste of sweet chocolate at his lips.

He turned his head and crossed the street at the intersection not bothering to see if a car was coming. He reached his house and groaned, knowing he was locked out because he had forgotten his keys. He sat on the grass and ducked his head before shivering.

"Hell with this!" he mumbled and took off down the street. He crashed into Kerli and fell face first into the pavement.

He groaned and covered his right to discover he was bledding. "It's not your fault." he said barely audible. "I'm fine. Are you?"

((forgive me, my internet was cut off))

He touch his cheek and sighed. "I'll be fine." he said. "Blood doesn't kill anyone."

Kerli laughed a little. "you sure..?"

"I'm positive." he said and wiped it away with the back of his hand. He looked up at her and forced a smile. "Hey, you look familiar."

"Yeah. I've seen you around the neighborhood a few times. I was never brave enough to go over and wave at you." he said quietly.

"Xavier," he said and checked to see if he was still bleeding. "Aren't you cold in your shorts?" he asked her and looked down.

"Stange," he replied. "I'm freezing." he rubbed his hands together and held them to his face. "Do you like being a girl?"

"Thank you." he said and started walking to his house. "How old are you by the way?" he asked.

He reached the house and walked around remembering he was locked out. He climbed the deck and opened his bedroom window. "I'm a year older than you."

He climbed in and walked around to open he front door for her. "Sorry." he said and beckoned her inside. "Can I get you anything?"

He nodded at her and closed the door. "So, umm, what do you like to do in your spare time?"

"Just by yourself? You don't have a dog to accompany you?" he asked and took a sip of water.

"Oh, that's so cute. What kind of breed do you have?" he asked and took off his coat and held his hand out for hers.

"That's cool. I have a Shih Tzu." he said and hung up her jacket. "I think she might be sleeping upstairs. Wanna see her?"

He led her upstairs and into his room. He walked over to the pet bed and looked at Vanilla. She tickled her multiple times and smile once she barked.